Hollywood actor Johnny Depp has put his estate in the south of France, which includes a Pirates of the Caribbean themed wine cave, on the market for £16.5m. 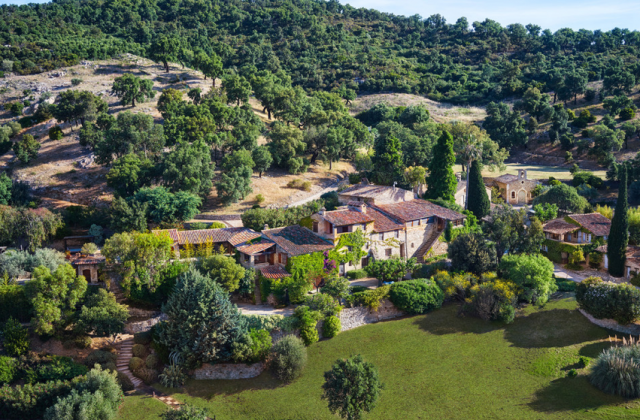 As reported by The Wall Street Journal, the estate near the village of Plan-de-la-Tour is on sale through the Côte d’Azur arm of Sotheby’s International Realty.

Set within a tiny hamlet, the sprawling 14-hectare estate, which dates back to the 1800s includes a professional kitchen, an art studio and a chapel that Depp converted into a guesthouse, turning the confessional into a wardrobe.

The wine cave in the main house has a Pirates of the Caribbean theme and is dotted with skulls, candles and brightly coloured fabrics.

Outside the main building are several small cottages Depp converted into guesthouses, two swimming pools and a skateboarding park for his son.

Depp bought the estate in 2001 and spent in the region of US$10m doing it up. According to Sotheby’s, he did a lot of the interior decorating himself.

In addition to the property, the person who snaps up the estate will acquire furniture, books, DVDs and artworks belonging to Depp, who lived there while married to French actress and singer Vanessa Paradis with whom he has two children.

He is now married to American actress Amber Heard. Click through for a picture gallery of the impressive estate.