Luxury wine and spirits producer Moët Hennessy, the drinks division of LVMH, is facing a trademark battle in California over its Chandon Délice sparkling wine brand. 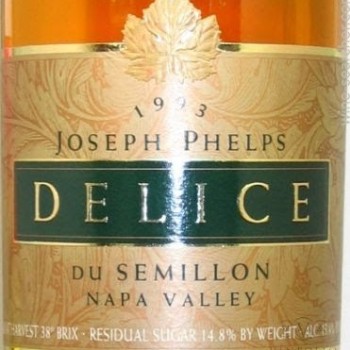 A lawsuit has been presented to a California federal court by Joseph Phelps Vineyards (JPV), which claims that Moët’s Délice brand infringes on its trademark over the name, granted to the California winery in 1987.

Joseph Phelps Vineyards, based in the Napa Valley, claims to have sold millions of dollars worth its Delice wine over a number of years, and that the Moët brand – launched in November last year – is “confusingly similar” in its title.

Claiming Moët has acted in a “malicious” manner, JPV alleges that the company tried to nullify their trademark on the name after being rejected by the patent office. Moët then proceeded to use the name anyway, JPV alleges.

JPV is seeking damages and legal fees, plus an affirmation that it still possesses the trademark over the Delice name.

Moët describes Chandon Délice on its website as “one of our most popular wines”, retailing for $22 per 75cl bottle. The company has been contacted for a statement.

On Wednesday (April 14), the pioneering founder of the Napa winery, Joseph Phelps, passed away at the age of 87.