Joseph Phelps, a pioneering force for Napa Valley’s wine industry and major philanthropist, has died at his home in St Helena aged 87. 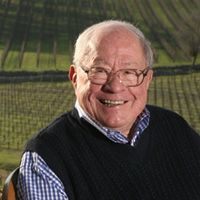 Born on the family farm in Missouri on 12 November 1927, Phelps was the youngest of four children and showed considerable entrepreneurial spirit from an early age, from delivering newspapers to starting his own fly-tying business.

After the family moved to Colorado, he graduated with a degree in Construction Management and served in the US Navy during the Korean War until 1954, when he joined his father’s construction business, helping it to expand across the country.

An early fascination with wine developed further when Phelps set up an office in the San Francisco Bay area in 1966 and began exploring Napa and Sonoma. Before long his construction firm was taking on winery projects and in 1973 Phelps founded his own wine business, Joseph Phelps Vineyards.

Working with his winemaker Walter Schug, Phelps embarked on an ambitious planting scheme that saw him at the helm of a group of entrepreneurs pursuing a high-end quality transformation of Californian wine.

Released for the first time in 1978 to great critical acclaim, Insignia marked a departure from most producers’ approach at the time as a cuvée designed to represent the best expression from any given vintage, and labeled by its own name rather than grape variety.

Among the many wine industry representatives who paid tribute to Phelps and his work was Margit Mondavi, who described him as “one of the valley’s pioneers” to the Napa Valley Register.

“Together with Robert Mondavi and others at the time, they put their hands in the soil and their souls in the wine, creating what we have today,” she told the paper, noting: “In addition, he gave back to the community and was a great supporter of the arts which transcended into his family – a family that has made a big mark.”

In addition to his wine and construction success stories, Phelps bought and managed the Oakville Grocery Company and became a private aeroplane pilot at the age of 60.

Among his many philanthropic schemes was support for St Helena Hospital, St Helena Women’s Center, the Land Trust of Napa County and his alma mater Colorado State University. In 2001 Phelps donated land for the creation of Napa County’s River Ranch Farmworker Housing Center.

Phelps and his wife Barbara had four children, all of whom were at his bedside when he died on 15 April. He is also survived by eight grandchildren and two great-granddaughters. The family has said that it intends to announce plans soon for a celebration of his life.