Wine-focused restaurant Vinoteca is expanding its empire with a fifth site in King’s Cross due to open next February. 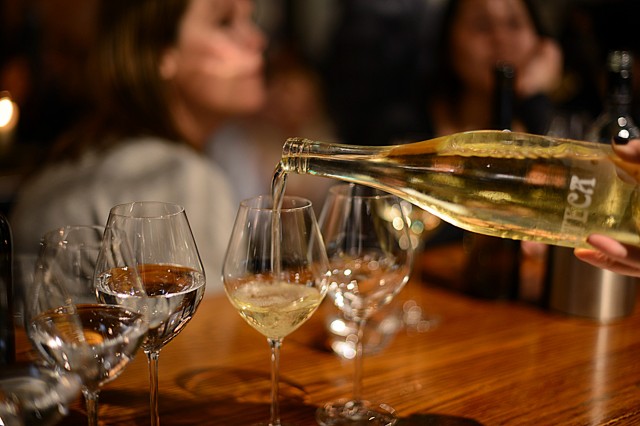 Housed on the ground floor of One Pancras Square, the space, designed by David Chipperfield Architects, will include a wine bar, 90-cover restaurant and wine shop.

In order to make the most of footfall from workers in the area, the site will be open from 7am until midnight. Owners Charlie Young and Brett Woonton spent a year looking for the right site.

“We’re thrilled to be opening in Kings Cross and it’s a tremendously exciting move for us,” Young said.

“The site will keep a strong sense of identity with a striking new design from CantorMasters, as well as representing what we do best at Vinoteca – great wine and seasonal food in a relaxed atmosphere.

“We have a large, dedicated area for our wine shop this time and can’t wait to supply wines to the King’s Cross business and residential population,’ he added.

Vinoteca opened its first site in Farringdon in 2005, taking the enotecas of Spain and Italy that double as wine shops as its inspiration.

The thinking behind the brand was to create a convivial atmosphere in which to serve high quality, characterful wines available to take away at retail prices, served alongside fresh, seasonal dishes.

Waiting five years before opening a sister site, the trio branched out into Marylebone in 2010, with a site in Soho opening in May 2010, followed by Chiswick last September. Each site offers some 285 wines by the bottle and 25 by the glass.

Vinoteca recently teamed up with winemaker Darry Catlin in the Adelaide Hills to produce its first own-label wine, called Rodney & The Horse, in a hat tip to Brett and Charlie’s nicknames among the wine trade.

Fermented with wild yeast and aged on its lees, the 2014 Clare Valley Riesling retails at £13.95 to take away, with the menu listing coming in at £30 a bottle.

With just 2,688 bottles made, in addition to Vinoteca, small allocations of the wine is currently on pour at fellow wine-focused venues, including 10 Greek Street, 8 Hoxton Square, the Kensington Wine Rooms, Hawksmoor and Foxlow.