Dennis Sodomka, writing in the Augusta Chronicle, kicks off this week’s round up by recommending this “rich” Italian red blend of Sangiovese with a smidgen of local grapes including the black Malvasia, Canaiolo and Colorino.

He said: “I tried the Nipozzano Vecchie Viti with potato pancakes, and it made them taste like elegant crepes. With the right wine, any meal can be a memorable experience, and this wine was a great example of that. Bursting with flavor, the wine is a deep ruby in the glass, with fresh aromas of strawberry and cherry. Crisp flavors of raspberry, strawberry and cherry fill the palate. The fruit is rich, but not overpowering, leading to a silky finish highlighted by mineral notes.”

Dave McIntyre, writing in the Washington Post, declared this Russian River Valley Pinot to be one of the best wines he had tasted all year.

He said: “Seductive from the get-go, this luscious, velvety Pinot Noir is an emphatic opening statement from winemaker Theresa Heredia in her first vintage at Gary Farrell. This is one of the best wines I’ve tasted all year. Her single-vineyard Pinots and Chardonnays, available directly from the winery, are also exceptional expressions of Russian River Valley terroir.” 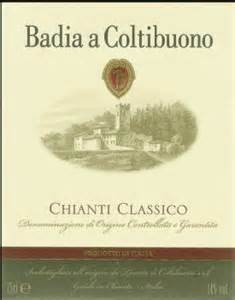 McIntyre also recommended this Chianti Classico made with organic Sangioveto, “a Sangiovese clone widely used in Chianti Classico”, and Canaiolo. He described it as a “stylish” wine produced by an “established and high-quality producer.”

He added: “The local distributor recently switched to the 2011 vintage, but the 2010, which is drinking beautifully right now, should still be available. Snap it up when you see it!”

The imaginatively named Chocolate Block was given the once over by Irene Virbila writing in the LA Times this week, a wine she said was like a “South African version of Châteauneuf-du-Pape”

She said: “Syrah-dominated but with some Cabernet. And that chocolate in the name? The flavor is woven into this warm, full-blooded wine, along with notes of coriander, black pepper and dark berries. Have it with braised short ribs or an oxtail stew. It pairs nicely with lamb too, and if you’ve got some venison on hand, this is the wine for it.”

Dallas News’ wine panel, led by Tina Danze, went on the hunt for “budget-friendly wines to go with a beloved Italian-American classic: lasagna” this week, coming up with four favourites.

She said: “We tasted 26 wines, ranging from inexpensive Chianti to fruity California reds. Lean- to medium-bodied Old World wines proved the best matches. We passed on wines that were too light, too heavy or too jammy.”

One of the frontrunners was this “food-friendly” Grenache-Syrah blend from the Southern Rhône.

The panel noted: “It’s loaded with ripe fruit, laced with herb and peppery notes, and framed by a subtle earthiness.”

“The pretty, herbal note is nice, and the acidity and balance are lovely.”

“It’s not complex, but it’s what you want with this dish; the sweeter, darker fruit matches with the meat and tomatoes.”

“The wine’s herbal note interacts well with the sweetness and acidity of the tomato.”

This “well-made wine that’s bottle-aged, to boot” was another favourite of the panel with one panellist describing it to be “clean and refreshing, with flavors that complemented the dish nicely.”

“The bright, red fruit flavors open up more if you give it some time in the glass or decanter before sipping,” another member of the panel noted.

Others said: “Like the Chapoutier, it’s on the lighter side, but it has more fruit and a little more weight to it”, while another added: “The mouthfeel is more in line with the lasagna’s texture. It’s got nice acidity, and surprisingly, it’s got some length. I like it more as I drink it.”

Coonawarra is a thin, “cigar-shaped strip of land” which produces “exquisite Cabernet Sauvignon and Shiraz that could quite easily be described as European”, writes Will Lyons in the Wall Street Journal. “Its Cabernets, with their leafy blackcurrant character, purity of fruit, bright acidity and mineral backbone, are almost Bordeaux in style,” he added.

Of this Shiraz, made by a producer he said he had been consistently impressed by, Lyons said: “There is a coolness that runs through this wine that gives it an elegant feel. With cracked black pepper and spice on the nose, this Shiraz has a dense silkiness. With time, the red fruit really shines through. This will benefit from decanting.”

Michael Dresser, writing in The Baltimore Sun, recommended this Romanian red – a country he said was “known for exporting large quantities of awful plonk”, but which was finally getting back on track in the “fine wine game”.

Peg Melnik picked this “smart buy” Pinot Noir as her top wine pick writing in the Press Democrat this week.

She said: “A briar-y Pinot with bright fruit and a tasty undercurrent of spice. Notes of cherry, berry, pomegranate, and a hint of vanilla. Lingering finish. Impressive, particularly for the price.”

He said: “This wine is an immediate fruit bomb of killer blackberries, cassis and juicy Concord grapes. While all the upfront fruit is working your taste buds over, there’s softness in the mouthfeel that indicates well-ripened tannins and rounded acidity, meaning nice balance in the wine. Through the midpalate there’s persistent fruit and toward the back end to the finish, there’s a kick of sweet black licorice, mocha, peppery spice character and soft minerals.”