The Wall Street Journal’s Will Lyons rounded up a selection of heavier whites to take his wine-loving readers into fall this week, recommending this white blend from the southern French region of Cotes Catalanes.

He said: “This wine’s blend is crowded to say the least: Sauvignon Blanc, Grenache Blanc, Marsanne, Roussanne and Chenin among others (nine in total). But somehow it works, throwing up flavors from lemon to honey. With age it takes on a nuttiness found in mature white Burgundy.”

“Furmint is one of the world’s lesser-known fine white wines — unless, of course, you’re from Hungary”, wrote Michael Dresser in The Baltimore Sun.

He said: “There it’s famous for being the base of that country’s excellent dessert Tokays. But Furmint also yields some complex, vibrant dry white wines, too. This is an inexpensive example. There’s an intensely citrusy quality — lime, grapefruit and orange — with a clean, fresh finish. Even if you can’t find this exact wine, keep an eye out for this fine grape variety.” 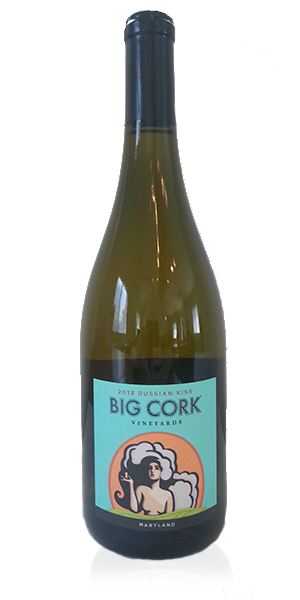 This striking bottle of white made with a number of Russian grape varieties and blended with Muscat Canelli was recommended by the Washington Post’s Dave McIntyre who described it as a “wacky” and “delicious” wine made with “offbeat grape varieties.”

He said: “Big Cork winemaker Dave Collins blends some Russian grapes grown on the Eastern Shore with muscat grown at Big Cork’s vineyard near South Mountain in central Maryland. The result is an explosively fruity semi-sweet wine that should appeal to fans of Moscato and Gewurztraminer.”

Three Rivers’ 2012 red was another of McIntyre’s top picks – a Syrah and Sangiovese blend from Washington’s Columbia Valley.

He said: “Washington state gained a reputation for merlot in the 1990s, and now Syrah is fashionable. This wine blends both with Sangiovese, the traditional grape of Tuscany that has had trouble translating to the New World. The result is a delicious, juicy red that might disappear before you realize it. Don’t let the bottle out of your sight, or your guests might finish it before you have a chance for another pour.”

This medium-bodied Tuscan blend of Cabernet Sauvignon and Sangiovese was Gil Lempert-Schwarz’ top pick writing in the Las Vegas Review Journal this week.

He said: “On the nose: There are indicators that the famous Tuscan terroir from which this wine’s fruit is sourced shines through with powerful forward stewed red fruit dominated by ripe Morello cherries and cooked sloe fruit with underlying notes of leather, plums, earthy minerals, herbs and dried red flowers. The wine is mature and ready to drink now; some of the secondary so-called garrigue characters come through to prove that point.

“On the palate: It is a nicely ripe and mature mouthful of wine right off the bat with red cherries, rhubarb compote, pomegranate juice, slightly rustic undertones, but all nicely balanced. The midpalate and the supple cherry juice components confirm this with soft tannins and a nice lingering finish. It is medium-bodied in style and comes across as a highly drinkable wine.”

Sandra Silfven, writing in the Detroit News, took a look at two new releases from California’s Austerity Wines, which “fittingly debuted during the recession” with a focus on affordability and quality.

Of this “hedonistic” Seco Chardonnay from the Arroyo Seco AVA of Monterey County, Silfven said: “This is a complex, oaky, tropical Chardonnay with bold flavors of mandarin orange, golden apple, ripe pear and pineapple. It’s a rich, full-bodied wine with creamy texture and layers of flavor — all wrapped in oak to impart that smoke-edged crème brûlée effect. There is nothing shy about this Chardonnay.”

Silfven said: “Think ripe dark berries — cherries, blackberries — with a kiss of cocoa, vanilla and spice. It’s a rich, earthy wine framed with soft tannins and the firm acidity that comes naturally in this region with its temperature swings. Santa Lucia Highlands is home to a number of fabulous Pinot Noir producers. This seventeen-dollar Pinot is a welcomed addition to store shelves.”

This “lean and expressive” Furore Bianco, a blend of Falanghina and Biancolella grapes, was recommended by Irene Virbila writing in the LA Times.

She said: “The 2013 Furore Bianco carries that scent of lemon leaves and jasmine. And with its beautiful minerality and considered coolness, this southern Italian white is a standout. A great value too. Take a sip and you want to be there on the beach, enjoying a bottle with grilled langoustine or fish. It’s a natural with chilled seafood platters, steamed mussels and clams. It pairs well with sushi and sashimi too.” 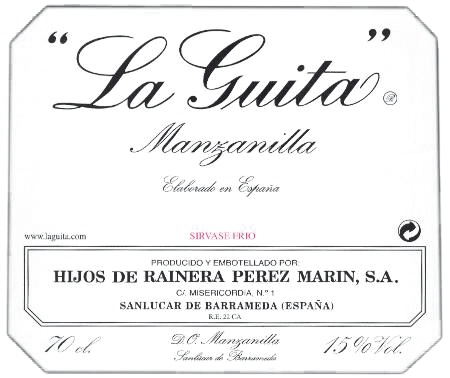 Rebecca Murphy, writing for Dallas News, dipped into the world of Sherry by recommending this “La Guita” Manzanilla.

She said: “It is a Sherry, perhaps the freshest and most delicate of the freshest and most delicate sherry style, Manzanilla. It has a pale straw color and aromas of roasted almonds and green olives. In the mouth it is bone-dry and refreshing, with savory, nutty and yeasty flavors, and light, with around 15% alcohol. Serve it chilled as an aperitif with Marcona almonds, olives, Manchego cheese or a Spanish ham like Serrano or Iberico.

“Like most sherries, it’s made from the Palomino grape, but far more important is that it is aged in Sanlucar de Barrameda, one of three towns that define the classic region of southern Spain. Manzanillas as well as fino sherries are aged under a layer of a naturally occurring yeast called flor that protects the aging wine from oxygen. Sanlucar de Barrameda is near the sea, which causes the flor to grow very thick, making this the most ethereal sherry.”

Finally Peg Melnik, writing in the Press Democrat, picked this Old Vine Zinfandel as her “wine of the week” calling it a “bold and audacious” Zin.

She said: “A muscular Zinfandel that manages to be both bold and balanced. Notes of bright cherry, blackberry, plum and cracked black pepper. A rich and creamy zin with snappy spice and a hint of caramel. A knockout.”