HK and Asia in pictures 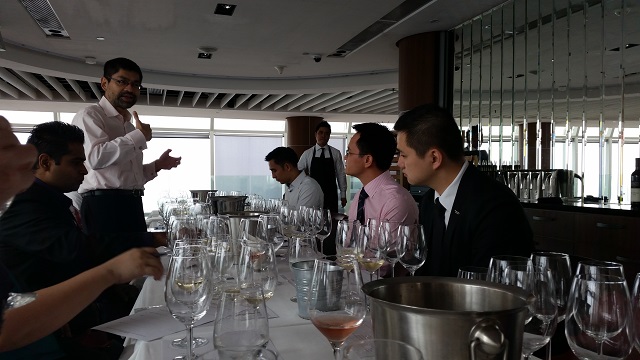 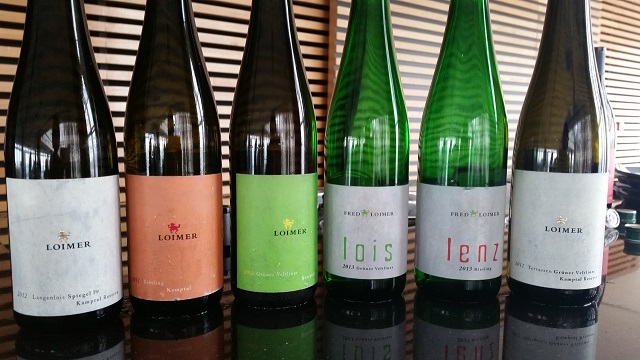 White wines from Weingut Fred Loimer and reds from Weingut Gernot and Heinke Heinrich were the order of the day, with the masterclass hosted by Ying Hsien Tan. 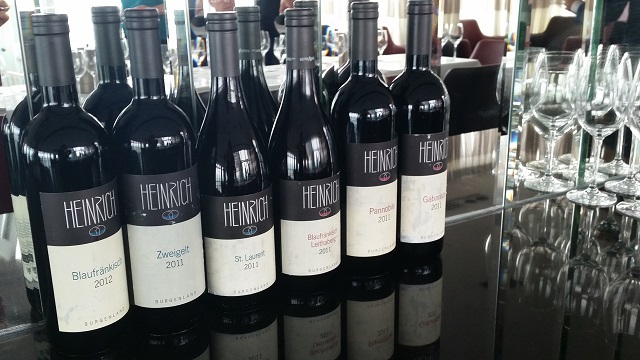 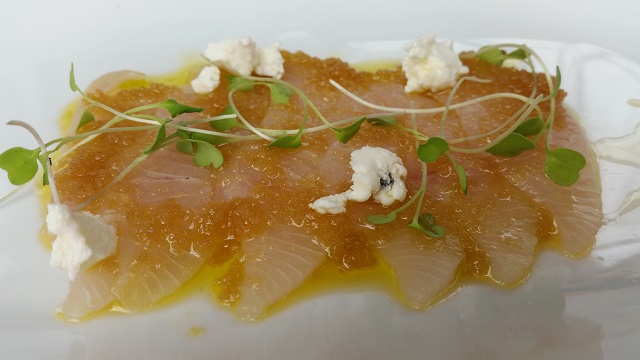 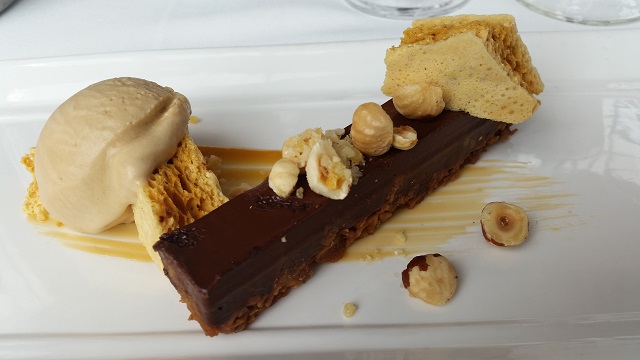 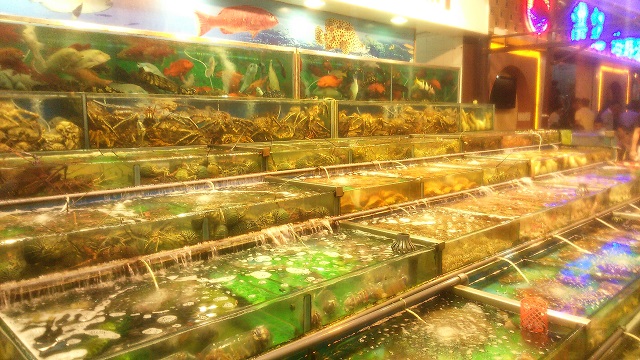 db‘s Rupert Millar, meanwhile, was off exploring the New Territories and the famous fish restaurants of Sai Kung with their tanks of fresh seafood – some of which are big enough to hold five or six of these giant grouper. 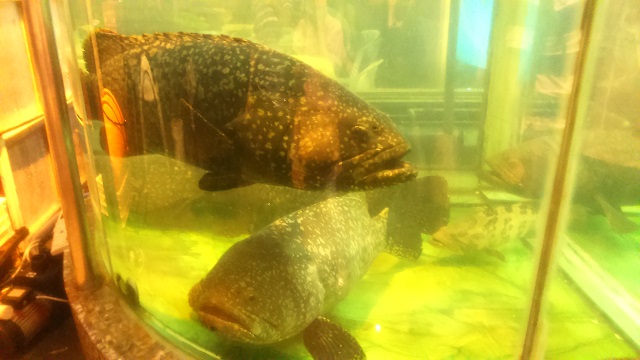 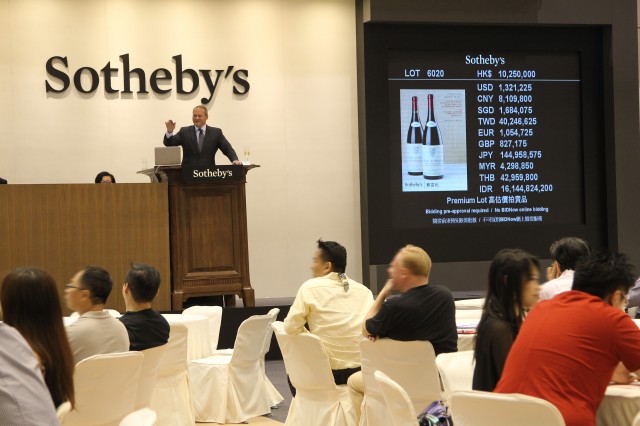 Robert Sleigh, head of Sotheby’s wine Hong Kong, at the house’s recent auction which saw a “superlot” of 114 bottles of Domaine de la Romanee-Conti break all previous auction records when it sold for HK$12 million. 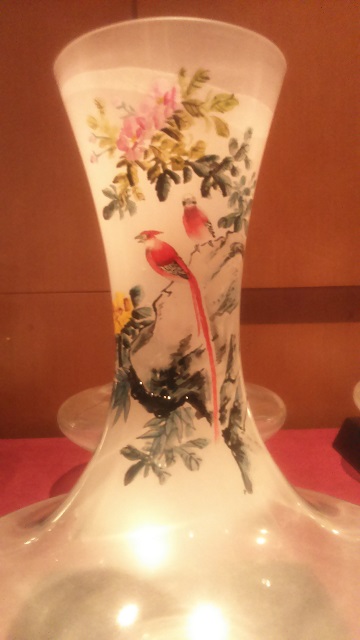 Two details of the decanters which will be given as prizes at the HKIWSC this November. The judging began yesterday, Monday 6 October. 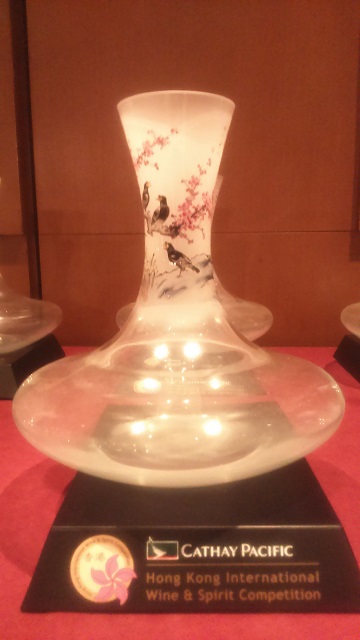 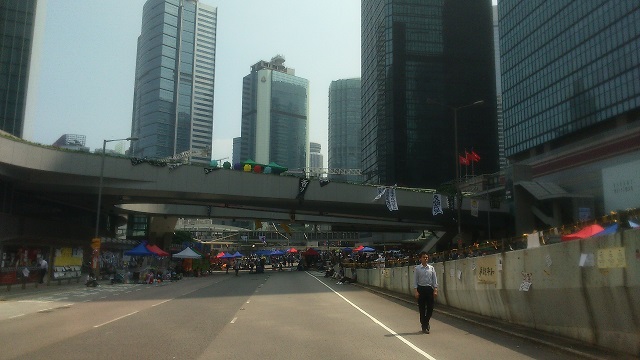 Occupy Central continues to block the roads around Admiralty some 10 days since pro-democracy protests began. 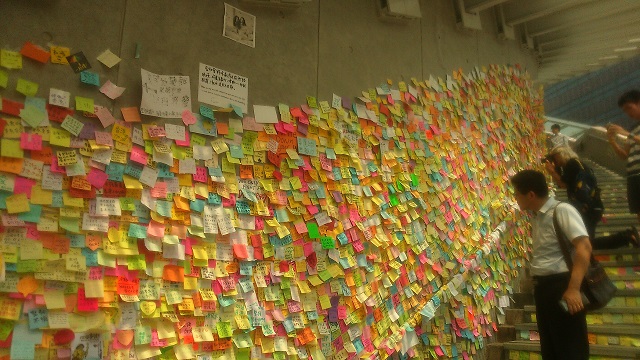 A wall of supportive post-it notes has become a, colourful, attraction at the protest site. 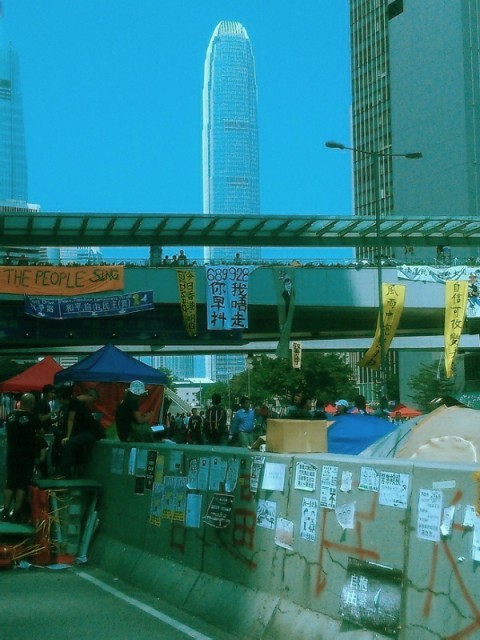 A view of the IFC tower from the protest site.