The judging for the sixth Hong Kong International Wine and Spirits Competition has begun with the pan-Asian panel tasting wines, spirits and, for the first time, sake. 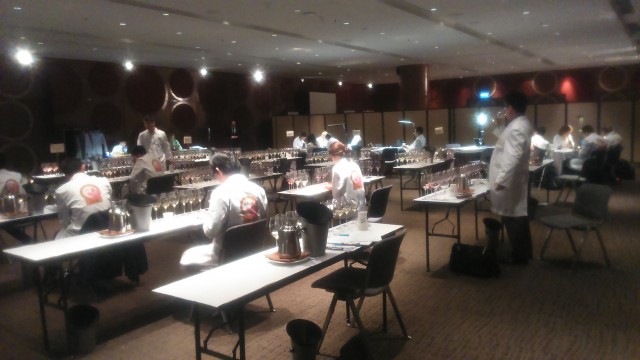 Judging began on Monday 6 October and will continue until 9 October. Alongside a panel of judges from across Asia-Pacific, Susanna Balbo, president of Wines of Argentina, and Ian Millar, global brand ambassador for William Grant have been flown in to head the wine and spirit panels respectively.

This year’s entries span over 30 countries and are judged by region, variety, style and, uniquely, by cuisine.

Speaking to the drinks business, competition director Debra Meiburg MW explained that the wine and food pairing was often the most interesting category to judge and the one that threw up some of the most surprising matches and is a section that has, “really shifted pre-conceived notions about what matches best with Asian cuisine.”

Although the competition continues to see growth, after six years, co-director Simon Tam explained to db that growth was steady rather than “steep” but that this showed the “maturity of the market”.

The competition has always prided itself on being “Asia’s choice, Asia’s voice” and Japanese judge, Kenichi Ohashi, told db that there was a clear feeling that it was “our competition”.

Balbo, said the competition gave a “wonderful overview” of the market and praised her tasting panels as “fair, professional and accurate” in their approach and note-taking.

Finally, sake is the newest category to the competition and a team of “Kikisake-shis” (sake sommeliers, educators and retailers) have been gathered to judge the entries under renowned sake expert Anthony Moss.

Meiburg explained the reasoning behind adding the new category: “Japan is Hong Kong’s second largest import trading partner after China and we have over 700 Japanese restaurants in the territory, the largest number outside Japan.

“Japanese food lovers will now be able to choose a HKIWSC medal-winning sake to go with their favourite sushi and sashimi.”

The results will be announced at the Hong Kong International Wine and Spirits  Fair on 6-8 November.