Fine wine art to be auctioned for charity

Christian Furr’s depiction (left) of Ribera del Duero estate Vega Sicilia will be auctioned alongside a bottle of the wine itself to raise money for The Grape Foundation, a charity that supports children throughout the winemaking world. 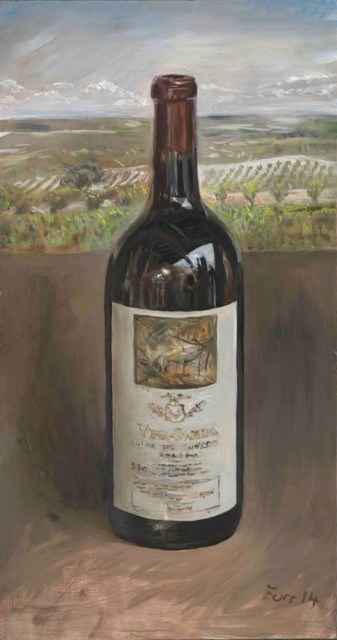