Complexity or a car crash? The use of oak when vinifying Sauvignon Blanc proved one of the most contentious areas of discussion in The Drinks Business Sauvignon Blanc Masters. 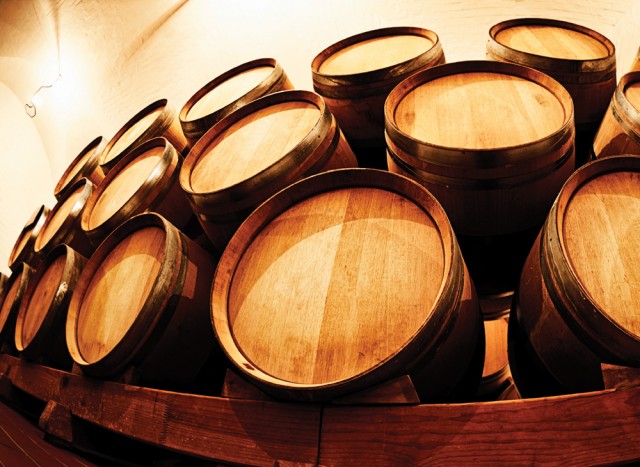 Held earlier this month in London, the tasting saw almost 150 examples of this grape variety from no fewer than 17 different countries tasted blind by a panel of MWs and senior buyers. Of these, nearly a quarter had seen some element of oak barrel use.

Although a number of the top medal winners, including the competition’s only wine to be awarded the highest accolade of Master, were oaked styles, the judges remained divided on how best to manage oak with Sauvignon Blanc – or whether it should be used with this variety at all.

Written off as “a car crash” by Hugo Rose MW, chairman of the Wine Investment Association, others offered a more nuanced view. “Undoubtedly there are some great oaked Sauvignon Blancs around the world,” commented Sarah Knowles, buyer for The Wine Society. “When it’s done well it’s great, but when done badly then it’s the worst wine in the bottle. There’s no middle ground.”

For Laithwaites’ global buyer & winemaker Langton, this approach to Sauvignon Blanc requires intelligent handling by the producer. “It’s about winemakers trying to take the wine somewhere other than just tank fermented and clean,” he observed, but warned that with a variety as “unforgiving” as Sauvignon Blanc, “if you’re going somewhere else it’s easy to overdo it.” Above all, Langton maintained: “As soon as you use new oak then the aromatics almost fight each other.”

One enthusiastic advocate of barrels for this variety was consultant Sam Caporn MW. “I really liked the oaked styles,” she declared. “When done well it adds a layer of complexity and interest that is otherwise quite hard to find in Sauvignon Blanc.”

These comments echoed observations made earlier this year during a blind tasting of oaked Sauvignon Blanc styles organised by Bordeaux producer Château Brown. Although Bordeaux took two of the top three places in this exercise, South Africa and New Zealand also performed well

Among the comments made by the tasting panel, who included Jancis Robinson MW, Anthony Rose, Margaret Rand, Robert Joseph and db’s Patrick Schmitt, was an overall feeling that “well-managed” oak treatment created “more exciting and complex wines” than unoaked Sauvignon.

Considering the high-scoring wines, organiser Richard Bampfield MW pointed out that the top wines were in general fermented as well as aged in oak, while some of the more mature wines scored well, indicating that this is a wine style that certainly has the capacity to improve with age.

Outlining the approach used at Château Brown, which scored highest in the tasting, Bampfield pointed to a 35% Semillon component in the estate’s final blend, although added that there was “no clear conclusion” to be drawn on the benefits of blending versus single varietal expressions from the results of this event.

Among the key factors to ensure a high quality end result, he observed: Château Brown are very keen to ensure the cleanliness of the fruit and are prepared to pick a little early if necessary to retain acidity levels.” What’s more, Bampfield noted that there was “no malolactic, again to retain freshness.”

As for the type of oak barrel used at Château Brown, he remarked that the estate uses 50% new oak and “the lightest toast possible”, explaining: “This means the wine retains more vibrancy and freshness when young.”

Finally, on the subject of how the oak is used, Bampfield observed: “I suspect barrel fermentation assists the integration of the oak.” He also urged caution with ageing Sauvignon Blanc in barrel, advising that it spend “not too long in oak maturation” as he pointed to the “maximum eight months” deployed by Château Brown.

Full results and analysis from The Drinks Business Sauvignon Blanc Masters will appear in the November issue.