Ritchie: Asia still has the edge over the US

Sotheby’s head of wine for Asia and the US, Jamie Ritchie, thinks that the former market has the slight edge over the latter when it comes to the future of the fine wine market despite signs the US is beginning to rally. 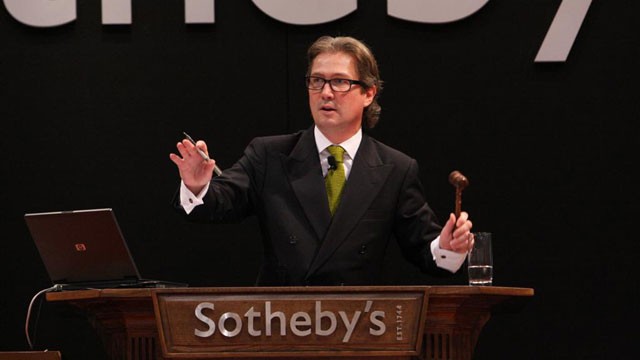 Speaking to the drinks business, Ritchie said that while both markets were on the rise, “if you had to choose one between the two – you’d choose Asia. It’ll grower quicker and the pace of change is faster.

“What took 15 years in the US probably took five here.”

As added proof of the importance of Hong Kong, one need only look at Sotheby’s historic and on-going results since 2009.

Even with a slight decline in the Asian market from 2011 to 2013, last year Hong Kong sales still accounted for 44% of Sotheby’s total wine sales by value.

In 2013, Asian buyers, unsurprisingly, accounted for 99% of all buyers in Hong Kong but also 48% in London’s sales and 32% in New York’s – as well as accounting for 6% of retail clients in Sotheby’s New York shop.

That said, there is no doubt that the US is on its way back having reclaimed its spot as the world’s leading auction market in the first half of the year and Ritchie said it was clear that “the US is strengthening”.

He added that it hasn’t (yet) come back to the “exuberant level of consumption” seen between 1994 and 2007/8” but he was still “very positive about the US” and the on-going chef and food culture would only serve to bolster interest in wine.

On the other hand, despite the “huge opportunities” offered by the US, it is hamstrung by its “three-tier” import system which makes it a “protective” and “not very vibrant” market, according to Ritchie.

“The US is, from a liquor point of view, 50 different countries,” Ritchie continued. “If you had the liberal laws of Hong Kong, the US would change dramatically.”

And, he thinks, this is what gives Hong Kong the continued edge over other markets.”The appetite is growing again,” he said and, indeed, sales in the first half of this year in Hong Kong realised US$20m, more than double the sales for the first half of 2013 (US$9m), a year-on-year growth of 123%.

Nonetheless, it is clear that Hong Kong no longer guarantees the premium it once did over New York and London and Ritchie admitted that the, “markets have settled down and each has its own little niche.”

Hong Kong still remains the place to sell Domaine de la Romanée-Conti, a few other top Burgundies, Pétrus or Le Pin but outside of DRC, New York is best for Burgundy, Italy or California, while certain older vintages are best suited to London.

Speaking of older vintages though, Ritchie said that the “global demand has shifted from young wines to lay down, to wines that are ready for drinking.”

In Asia in particular, Ritchie noted, the interest in buying young wines is muted and vintages that are new and readily available tend to attract less interest while on the other hand, “for rare, scarce wines they’re willing to go further than in the US or Europe.”

The only exception to this rule would be Burgundy, though while it has grabbed headlines and is a more important part of the fine wine world now, its impact on the market may not be as monumental as has sometimes been made out.

“There is more interest in Burgundy,” said Ritchie, “but that doesn’t mean people have stopped drinking Bordeaux. It’s still a very small part of the market.”

Despite this, with naturally small quantities (and, thanks to the weather a run of small vintages in recent years), prices are rising and auctioneers and merchants are advising buyers that if they’re to buy anything young it needs to be Burgundy – especially as prices are perhaps nowhere near their ceiling yet.

“Prices have gone up a lot but not as much as I think they’re going to,” said Ritchie. In this matter too, the US may be in line to lose its crown as the Burgundy market in the world to a thirsty Asia.

“The US is still the biggest,” he continued. “Asia will, at some stage, rival it; it’s just a matter of when.”

Luckily for all those now despairing of ever drinking fine wine again, Ritchie added it was a good thing that “at every price point wines are getting better and better.”

Regarding wine styles and regions that are poised to gain ground in Hong Kong, Ritchie pointed to California and the Super Tuscans.

He said he was not so sure about Barolos, in the same vein as Burgundy, the talk about its popularity and potential doesn’t quite match up to the reality – at least not yet.

The Rhône, he pointed out, “doesn’t suit the climate here,” but there was slightly better news for white Burgundy, which is “commanding more respect”, while the “market for vintage Champagne is growing here.”