With the release of our Global Rosé Masters 2014 results, the drinks business has picked out the top still, dry performers priced over £10.

The pressure to perform rested largely on the French and the rosés of Provence didn’t disappoint but it was satisfying to see top medals awarded in the premium flight to wines from Spain, Italy and as far afield as the US.

With the dry rosés separated from those with more than 4g/l of residual sugar, discussion was concentrated on colour and balance and it was interesting to see how the judges responded to the more “serious” rosés, pink wines being made with structure and age worthiness in mind.

While the quality of the New World was apparent in the sub-£10 category, it was the rosés of Europe which accounted for all but one of the top 10 over £10 where the quality of these wines really challenged the the widely held view of rosé being just a bit of fun for summer.

Divided only by price bracket and, for ease of judging, into sparkling, sweet and dry, the blind tasting format removed and regional prejudice from the proceedings.

Wines were scored out of 100, with those gaining over 95 points awarded the top title of Master. Those earning over 90 points were given a Gold, those over 85 points a Silver and those over 80 points a Bronze.

The wines were judged by Masters of Wine and Master Sommeliers on July 10, 2014 at Hardy’s Brasserie, in London’s Marylebone.

The full list of Master, Gold and Silver medal winners appeared in August 2014’s issue of the drinks business, but turn the page to see the competition’s top performing dry rosés over £10.

Starting off with Provence and a wine stating its case to be considered for all seasons, the Quat’saisons or “4 Seasons” from La Mascaronne impressed judges with “vibrant minerality,” and flavours of “honeysuckle and jasmine.”

With vineyards planted on the chalk and clay slopes above the medieval village of Le Luc in the heart of Provence the wine takes advantage of the four key Provencale red grapes: Cinsault, Grenache, Syrah and Mourvèdre.

Owned and operated by US expat Tom Bove, formerly of Château Miraval, one could be forgiven for anticipating more plaudits in the years to come. 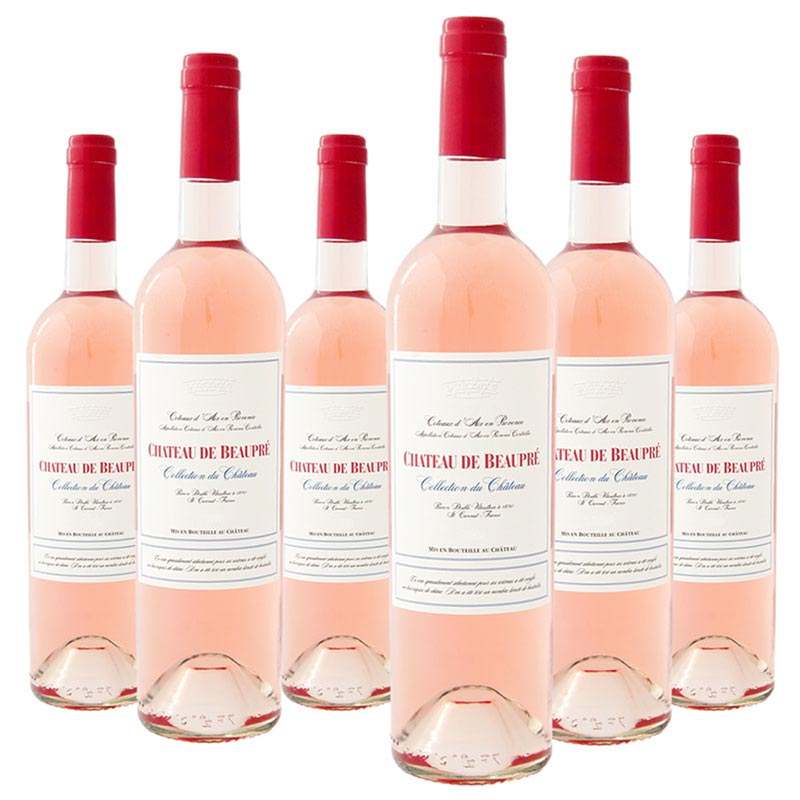 Another pink from Provence, this time from Saint Cannat in the north-west of the region.

Grenache dominant with a backbone of Cabernet Sauvignon the rosé from Beaupré was described by one of our judges as “fragrant, with loads of white stone fruit and very long on the palate.”

Owned and run by the Double family since the mid-1800s, the estate has been producing wine since the late 1890s.

The first of two entries by this producer is made primarily of Cinsault and Grenache and our judges described it as “super pale,” and “delicately scented, lively and generally just really delicious.”

The British owned estate is 100% organic and has links with the UK’s Daylesford Organic, the two of whom share the same environmentally friendly approach to agriculture.

From Bodegas Alconde in Spain’s Navarra region comes the first of a core of non-French rosés in our top 10 over £10 trophy winners.

Darker in colour than most of its peers but still dominated by Grenache or Garnacha as it’s known locally, the Sardasol Rosado reminded our judges of “summer pudding,” and was a departure from the leaner, lighter styles of Provence, instead being described as “big, round and juicy but well balanced.”

Wines like the Viña Sardasol Rosado were an interesting test for our judges and the results showed darker rosés should not be discounted as a matter of course. 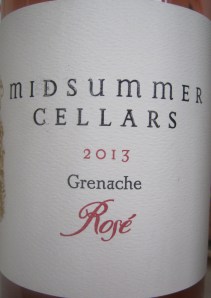 From across the Atlantic in the US, came a Provençal style Grenache from California.

With flavours of “apricot and peach, strawberry and lavender,” this Californian rosé could easily be mistaken for something from the south of France.

Is this evidence that we might start to see Provençal style rosés emerging from elsewhere?

Possibly, however the general consensus was that, as new regions start to give rosé a little more tender loving care, the entire category should benefit.

Back to the Iberian peninsula but to Portugal now for the first move away from Grenache with this Moscotel Roxo from Jose Maria Fonseca.

The oldest table wine company in Portugal, having been founded in 1834, José Maria da Fonseca’s rosado was picked up as a Moscatel pretty quickly due to its distinct “grapey aromas,” but it also displayed “lifted floral notes,” and “vibrant acidity.” 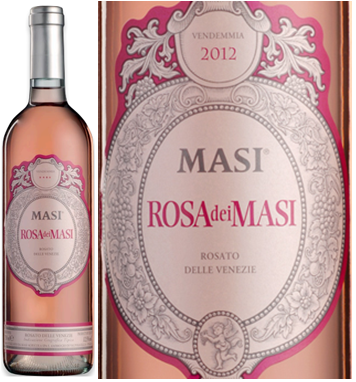 Next we move to Italy’s Veneto and one of the region’s big names for Valpolicella and Amarone: Masi.

Made of Refosco and using a percentage of wine made in the appassimento style particular to the region, the Masi rosato showed “Strawberries and rose petal,” and was “juicy, not overly complex but really fun, textured.”

For the first of the gold medals we move back to Provence with the big brother of the Léoube rosé at number eight.

Like its sibling the wine is comprised mainly of Grenache and Cinsault, but it is produced from slightly older vines.

One of the most lively wines of the day, it was described as “glossy, salty, soft, lively yet subtle,” with flavours of “pears and citrus, pineapple and wild strawberries.”

A beautiful estate in on the Côte d’Azur, this 15th century property has 60 hectares under vine and the wines are made organically by young winemaker Romain Ott, from neighbouring Domaine Ott. 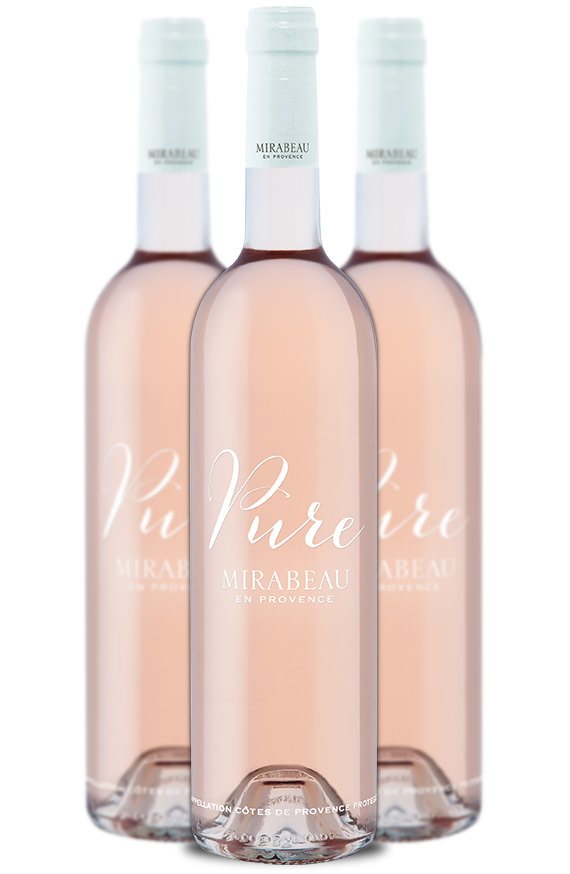 The second of the two gold medals also went to Provence, to the “more focused style,” of Mirabeau’s Pure rosé.

The Pure convinced our judges with its “lovely texture, nuanced aromatics and depth of flavour,” while “maintaining its freshness and playfulness.”

The wine is made by a collaborative effort between Jo Ahearne MW and Provence natives Bruno Siviragol and Laurence Berlemont. 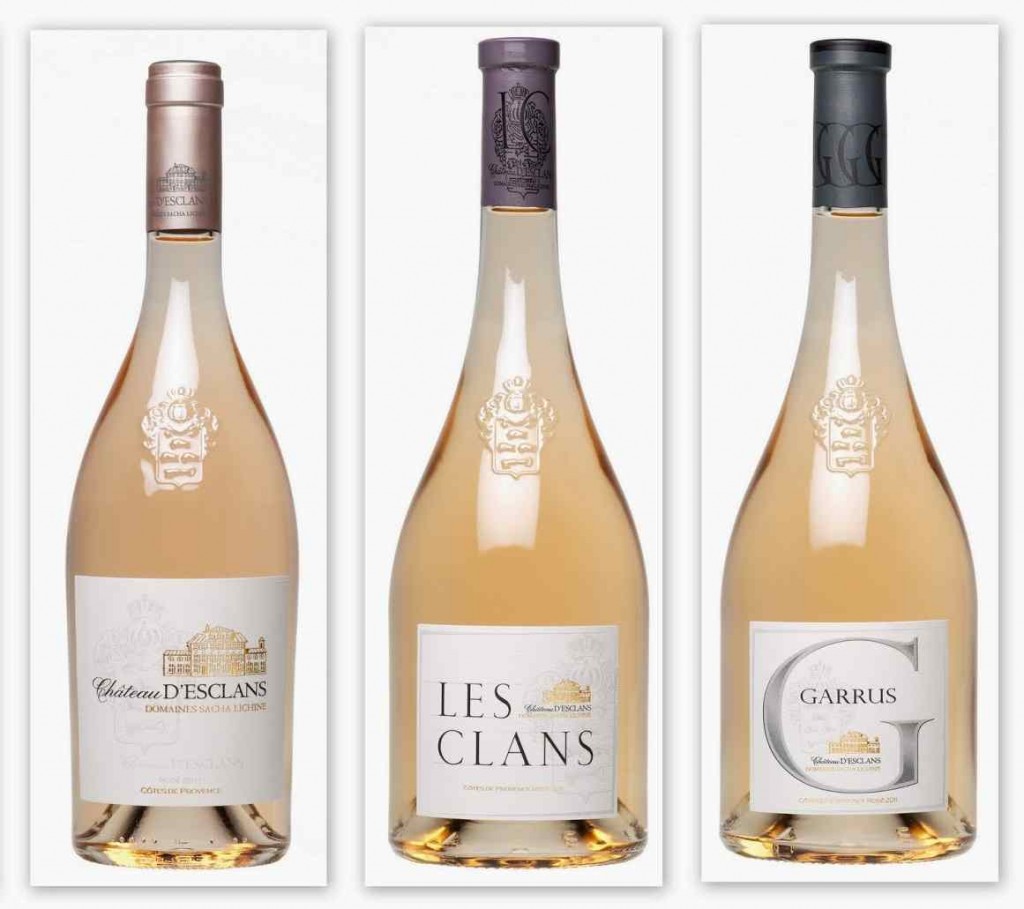 We promised a Top 10 but we’ve had to relax the rules a touch and squeeze in three for the top spot.

The three top releases from Sacha Lichine at Château d’Esclans all deserve a place on this list, having taken two silvers and the top award of our sole Global Rosé Master for 2014.

Three very different styles are represented from the “intriguing, attractive and sleek” Château d’Esclans to the “slightly oaken, taught and youthful” Les Clans and finally the “refined, tight and almost white” Garrus.

All were excellent examples in the category but it was the more affordable d’Esclans which took the top spot to its siblings two Silver medals.

As a collective these wines represented the peak of the category.

How Much? £20-75 on allocation (Try Goedhuis, Harrods, Hedonism and Berry Brothers & Rudd)