Spink auctioneers are offering collectors the chance to buy rare rums, whiskies, Cognacs and eaux-de-vies in bottle and cask at its next Hong Kong sale in July. 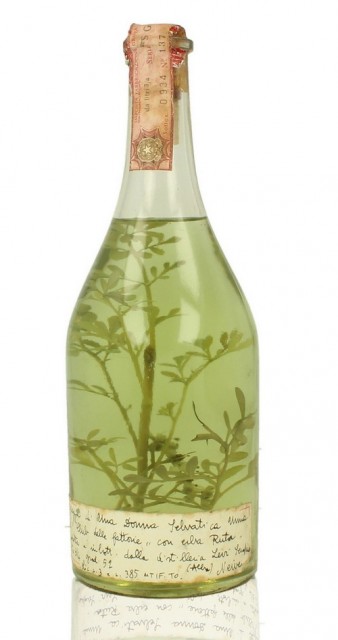 Taking place on 4 July, the auction covers over 100 lots of fine and rare spirits dating back to the 1940s and includes the chance to buy a whole cask of 1991 Macallan and a cask of 1991 Trinidadian rum.

One of the stars of the sale is a collection of grappas from Romano Levi. Renowned as a “grappa legend”, the reclusive Levi was known for his hand-painted labels.

The six bottles of grappa – priced at HK$5,000 each (Una Donna Selvatica con Ruta pictured) – all date from before Levi’s death in 2008 so the labels are all original.

In the rum section there are spirits from Trinidad & Tobago, Guyana, Guadeloupe, Panama and Jamaica, including the cask of Trinidadian rum, the equivalent of 248 bottles with a cask strength of 54.8% for HK$300,000 and a 58-year-old Jamaican rum that was distilled in 1941 and bottled in a crystal decanter from 1860 (HK$40,000).

The Scotch whisky section is the most extensive and includes malts in bottle and crystal and ceramic decanters from a mixture of open and closed distilleries.

A full catalogue can be viewed and downloaded from Spink’s website here.

To view some of the sale’s highlights click here.