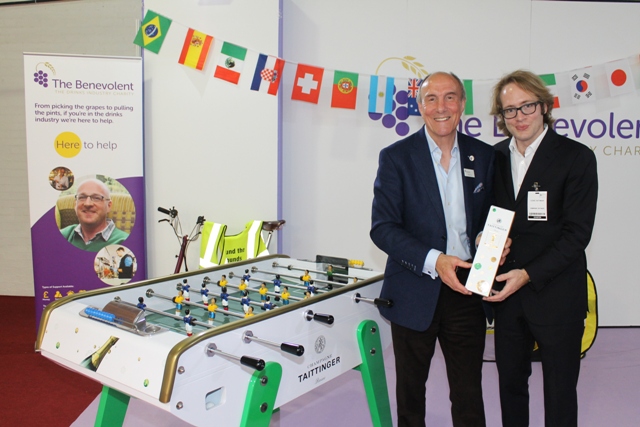 It was all fun and games for drinks trade charity The Benevolent who hosted a “games corner” during the London Wine Fair. Visitors included Clovis Taittinger, sponsors of the stand, who took on chief executive David Cox in a game of table football before donating bottles of Taittinger Champagne to the charity. The charity received a special commendation at the 2014 Drinks Business Awards, presented at the fair, for its ‘Here to Help’ campaign. 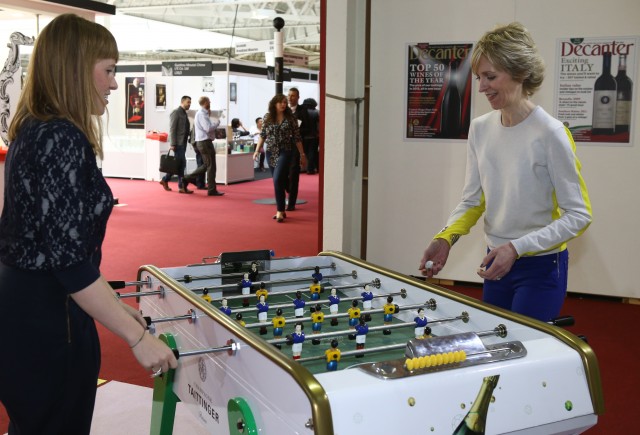 Susie Barrie MW stopped by The Benevolent’s stand on Tuesday challenging Jane Parkinson to a match on its Champagne Taittinger football table. Barrie was at the fair filming a wine recommendation slot for the BBC’s Saturday Kitchen. 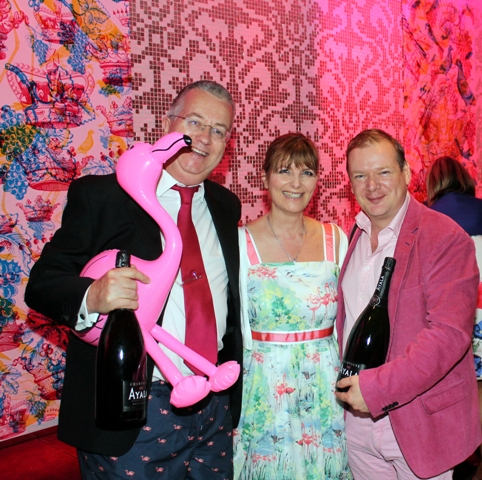 The celebrations continued on Wednesday evening when members of the drinks industry descended on London’s swanky Kensington Roof Gardens for a tropical themed party hosted by The Benevolent in support of the charity. 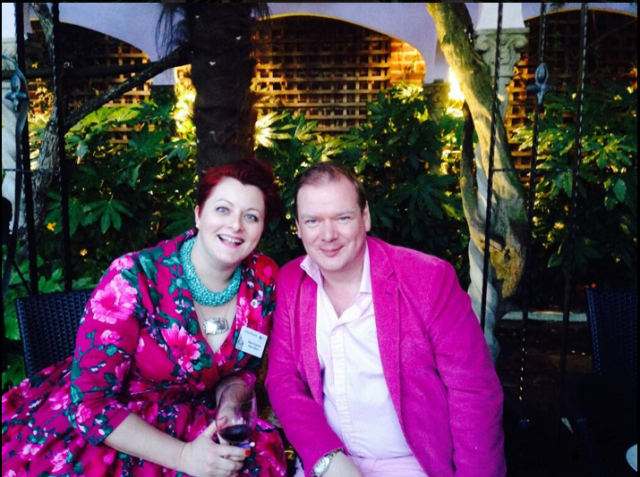 On the night, wine PR extraordinaire Helen Chesshire and photographer Colin Hampden-White tried to out pink each other. 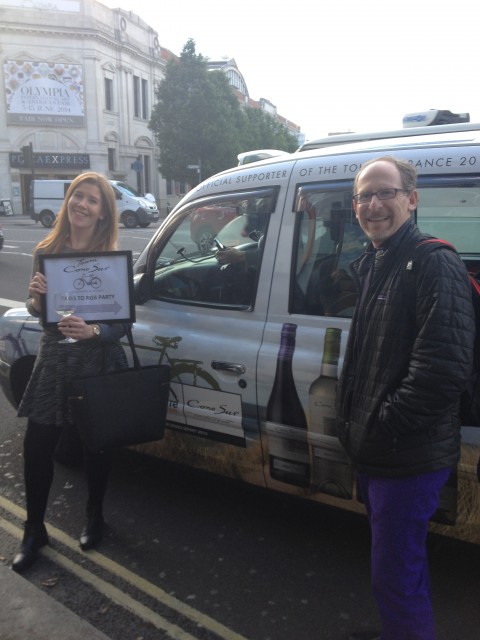 Meanwhile the Cono Sur team were on hand with complimentary taxis to ferry Wine Fair guests to The Benevolent party at Kensington Roof Gardens. 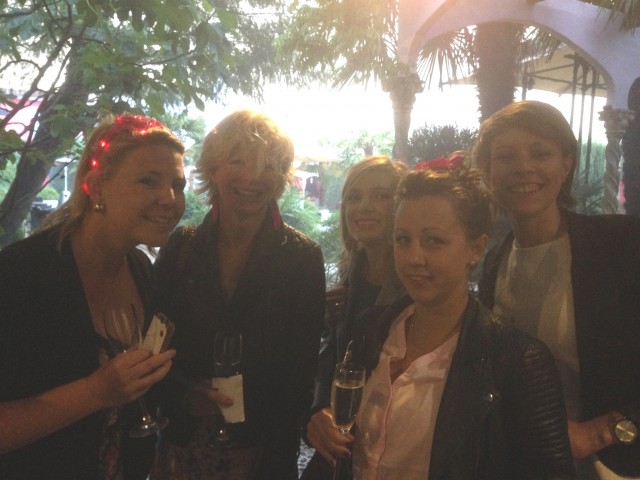 The Phipps PR team enjoyed the evening’s celebrations having earlier won the accolade of PR Agency of the Year at the 2014 Drinks Business Awards.

Other winners included Tesco, Loki Wines, the WSTA, Ian Harris, chief executive of the WSET who won Man of the Year, and Margareth Henriquez, CEO of Krug, who was named Women of the Year. 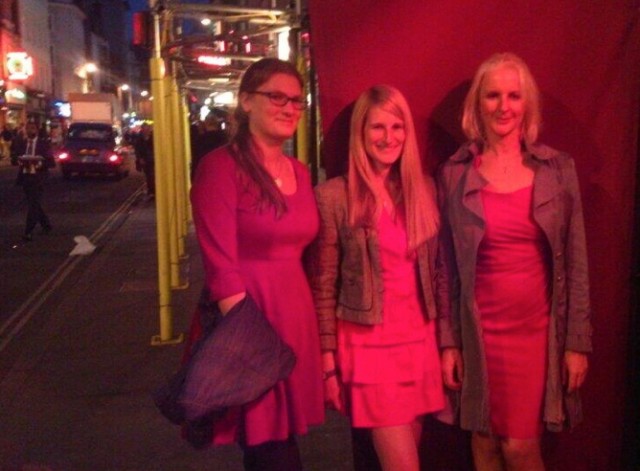 db’s Lucy Shaw (centre) and two other attendees of the WineChap “Chapas” crawl, got the memo about rocking up in red. As part of the London Wine Week celebrations, the crawl, organised by Tom Harrow, took in six different tapas bars in Soho, including Fino, Barrafina, Copita and Ember Yard. 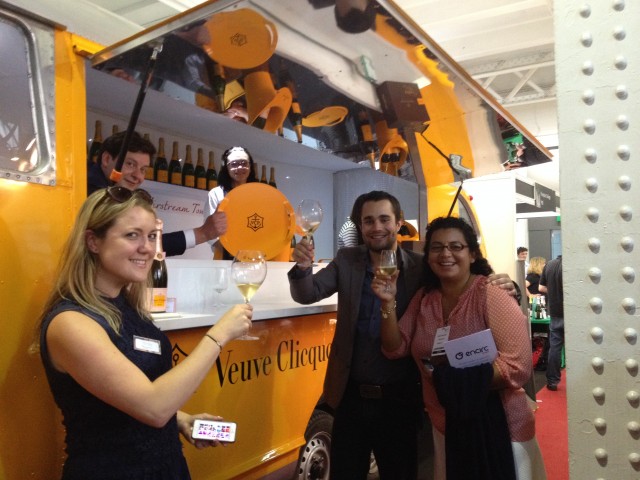 Veuve Clicquot painted the town yellow this week, beginning at the London Wine Fair, where it set up shop in a vintage airstream. Among the thirsty enthusiasts to enjoy its wares were wine Sophie McLean of Bancroft Wines (left), and wine writers James Lawrence and Denise Medrano. 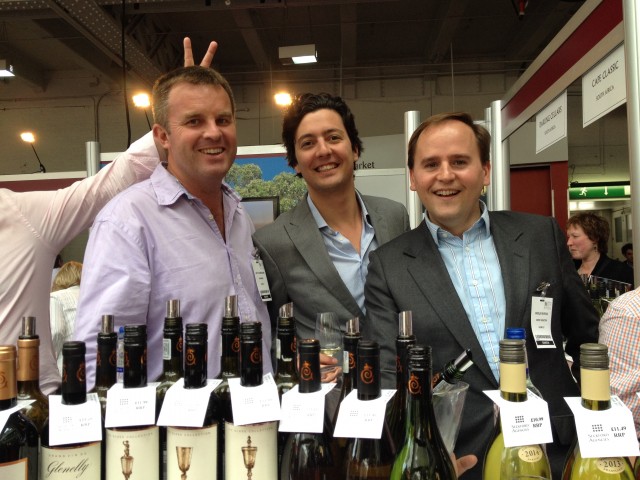 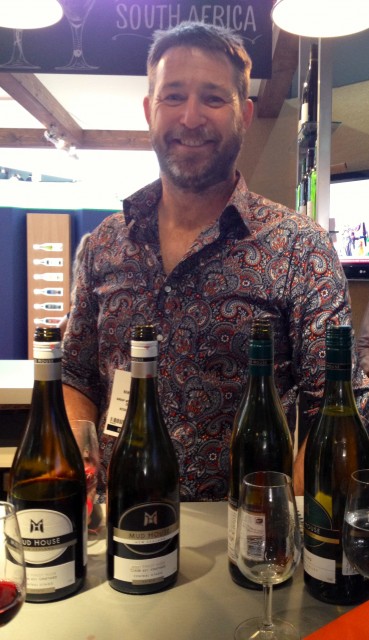 We also scooted to the Accolade stand, where we were given a tutored tasting of Mud House and Waipara Hills by group winemaker Ben Glover, who told db that New Zealand had just experienced its largest crush on record. 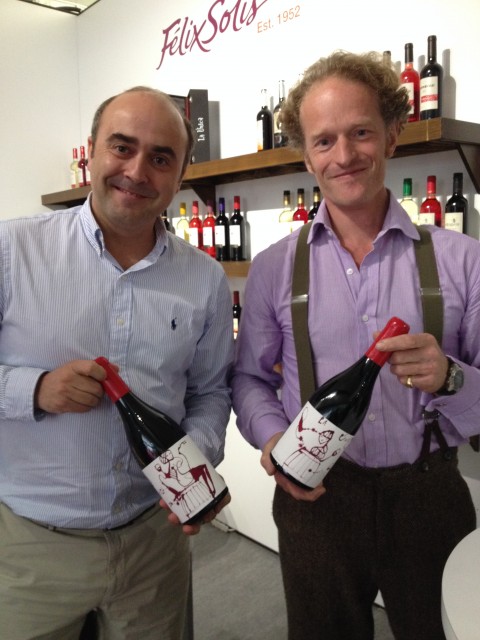 At the Felix Solis stand, Felix Solis Ramos and the brand’s managing director, Richard Cochrane, were kind enough to open a bottle of their top drop, La Unica, a cross-regional blend of specially selected barrels of 2010 Tempranillo from Rioja, 2011 Tinto FIno from Ribera del Duero and 2011 Tinta de Toro from Toro. Priced at £95, just 2,000 bottles were made, each boasting a bespoke hand painted label by Argentine artist Mariano Rinaldi Goni. 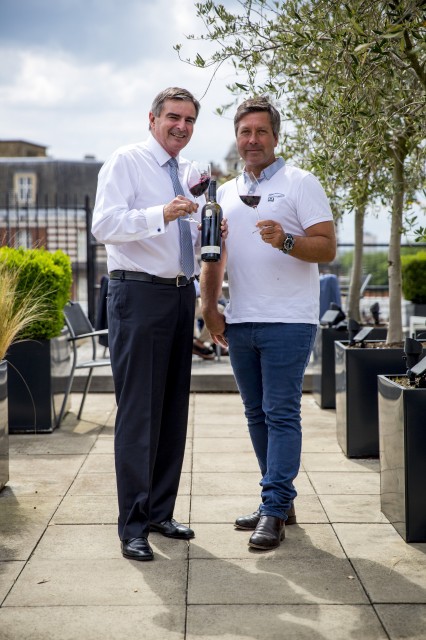 During the fair, best buds Neil McGuigan of McGuigan Wines and MasterChef presenter John Torode, hosted a rooftop barbecue where gutsy reds and juicy steak were the order of the day. 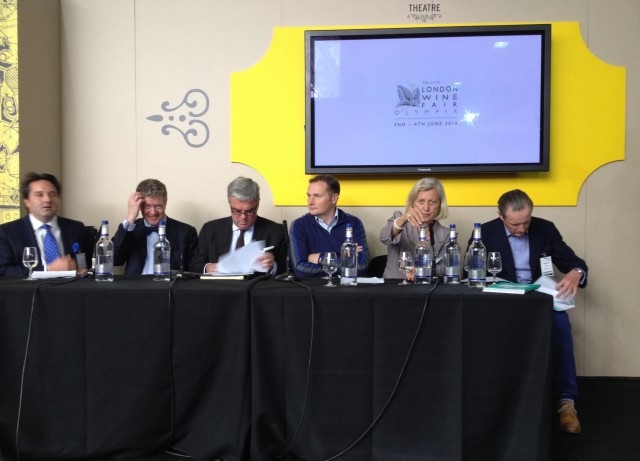 During the fair, Tim Atkin MW hosted a seminar on the relevance of the en primeur system, which included a line-up of heavyweight speakers Christian Seely of Château Pichon Baron; Olivier Bernard, head of the UGC; Max Lalondrelle of Berry Bros and Tom Hudson of Farr Vintners. During the debate both Lalondrelle and Hudson revealed that their customers were turning their backs on Bordeaux in favour of wines from Spain, Italy and the Rhône as prices had become too inflated. 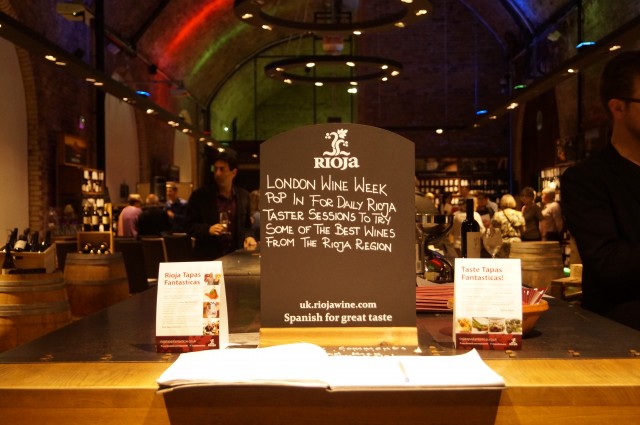 Over at Laithwaites’ London Bridge branch, 70 consumers took part in a Rioja masterclass hosted by Sarah Jane Evans MW as part of a series of events organised by Wines from Rioja. 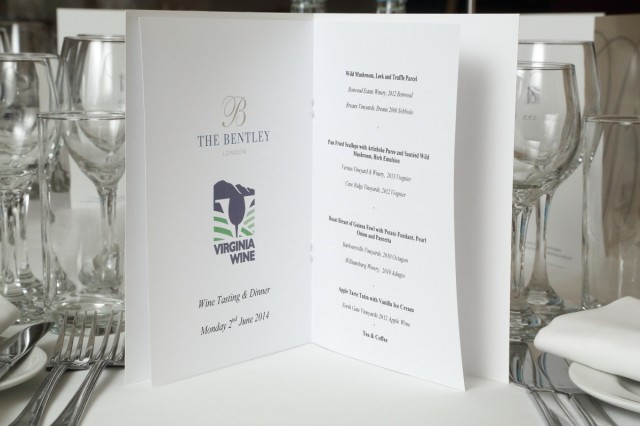 Guests, including Virginia’s secretary of agriculture and forestry, Todd Haymore, enjoyed a four-course menu paired to a selection of wines from the seven Virginia wineries represented. 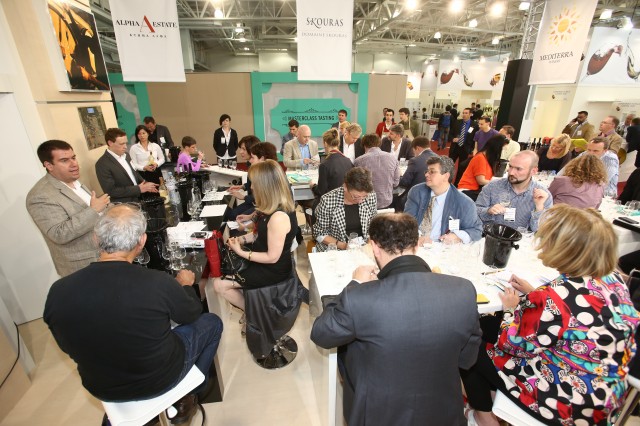 The wines of Bulgaria and Greece were demystified by Konstantinos Lazarakis MW, Greece’s only Master of Wine and a world leading authority on Balkan wine, who hosted two tutored masterclasses on Monday exploring the lesser-known wine regions on behalf of the drinks business. Guests were taken on a tour of the wines of the Western Thracian Lowlands and the Valley of Roses in Bulgaria, along with a selection of modern wines from Greece; regions, which Lazarakis stressed, have a long heritage, superb terroir and proactive approach to adopting the latest technology without having lost the individuality that comes from being small producers. 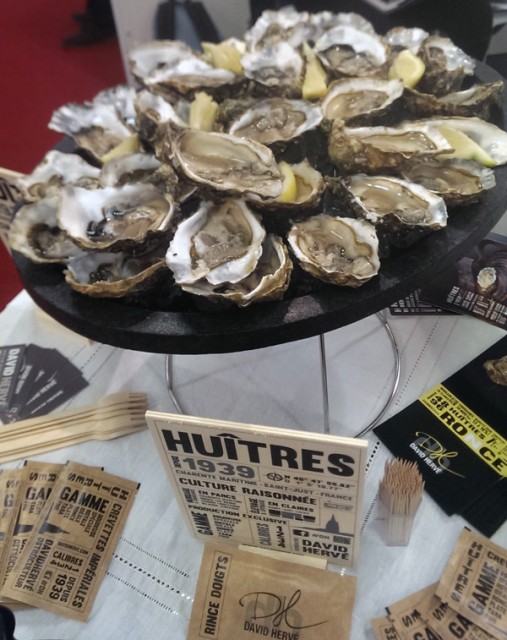 Meanwhile visitors to the Lepontis stand were treated to bucket loads of oysters as part of the producer’s Charentes wine and oyster pairing session. 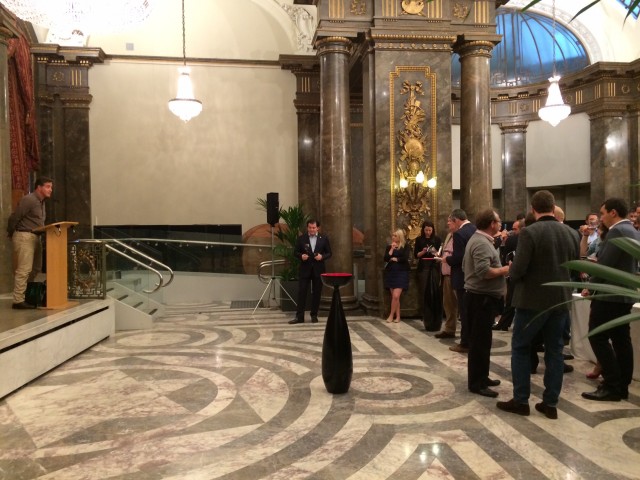 James Gosper, outgoing general manager for market development at Wine Australia welcomes a crowd from the UK trade to Australia House in London for the launch of Matthew Jukes’ 100 Best Australian Wines. 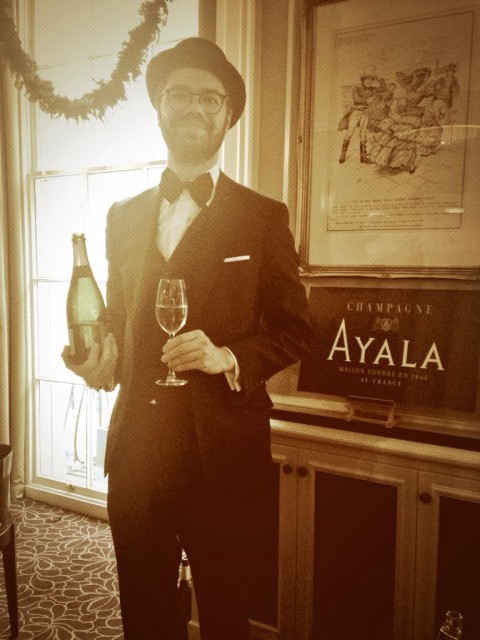 Across town at Roux at Parliament Square, Champagne Ayala hosted a night of 20s-themed glamour to celebrate London Wine Week. With guests donning flapper dresses and feathers, invitees were treated to four different flutes in the Ayala range, including the Brut Majeur and Ayala Rosé. 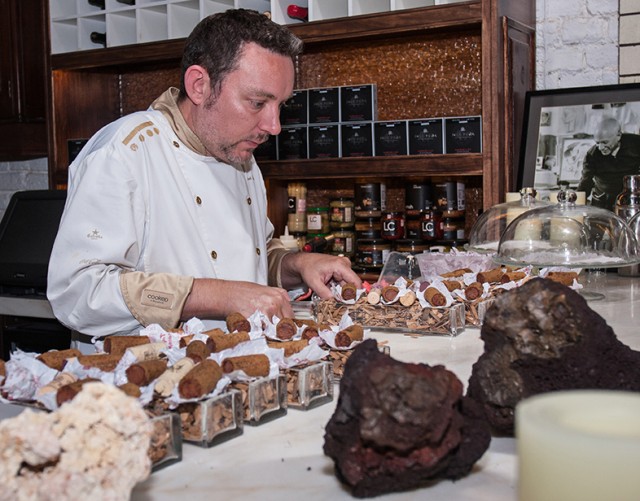 Proving a zany streak runs in the family, Ferran Adria’s bother Albert was in town this week to show off a selection of conceptual tapas from his Barcelona bar Tickets at the shiny new Ibérica in Farringdon. Dishes on the night included watermelon infused in sangria, Bloody Mary oysters and white chocolate and black sesame lava rock.

And finally, Marqués de Cáceres thanked two retired London wine distributors for their support over the years with a trip to their Bodega in Rioja. Peter and Diana Major visited its vineyards and took a peek at the Cenicero winery in Rioja Alta, as well enjoying a trip to the coastal town of San Sebastián and Zarautz.