The New Zealand wine industry has experienced its largest crush on record with the 2014 vintage, though one key producer believes it is not in danger of a wine glut. 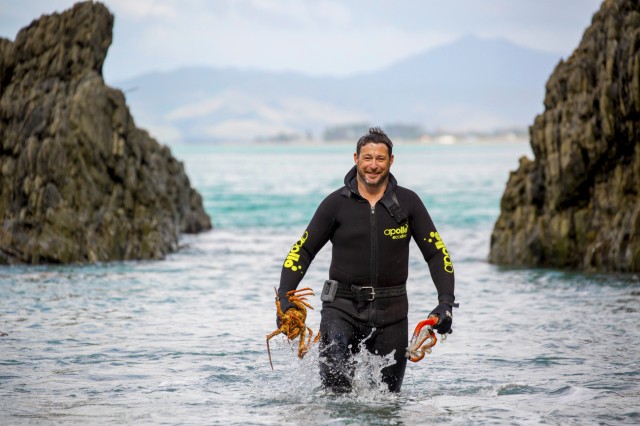 Speaking to the drinks business at the London Wine Fair at Olympia this week, Ben Glover, group winemaker for Mud House and Waipara Hills, dismissed the idea of a repeat of the 2008 wine glut.

“With the 2014 vintage, we’ve had our largest crush to date, but the supply and demand tension will still be there as the last two vintages were small, so this year’s bumper crop will balance things out,” he said.

“We knew what we were in for this year, so the situation has been much better managed than in 2008. There was an earthquake in July, which helped contain the beast a bit, along with other weather events that meant the crop wasn’t as big as it could have been, which is just as well as a giant crop wouldn’t have been good for anyone,” he added.

In terms of New Zealand’s closest competition for market share of Sauvignon Blanc and Pinot Noir, Glover believes Chile poses the largest threat, but that the two countries are competing in different price brackets.

“Luckily for us, we can’t afford to be any cheaper in terms of labour costs, so we have to keep our wines at a certain price point. I think we did the right thing in going in high and staying nearer the £10 mark, as the problem Chile’s experiencing at the moment is trying to push their prices up, which is far harder than lowering them,” Glover told db.

“Some of our Sauvignon’s come in at £6.99 in the UK, but that is on the very cusp of what we do, whereas Chile operates at around £2 lower. I think New Zealand Sauvignon is still the benchmark that everyone looks to and we want to maintain that premium image,” Glover said.

“Our next move is to go a step further and differentiate our Sauvignons through styles and regions to show the consumer that we can do more than Malborough. Waipara Sauvignons, for example, are more citrus and stone fruit in character, while Central Otago Sauvignons are more austere and have a flinty minerality to them. Producers in Nelson meanwhile, are experimenting with oak.

“Single vineyard and older vine examples offer a point of difference and are something I’m personally trying to push. I’m also a fan of bone dry Sauvignon from unique sites rather than messing about with it in the winery.

“We have a tendency to do that and you can often muck things up – it’s better to keep your hands off and let the site sing,” he added.