South Africa’s 2014 wines are “really going to sort the sheep from the goats”, according to producers who acknowledged one of the most difficult growing seasons in their careers. 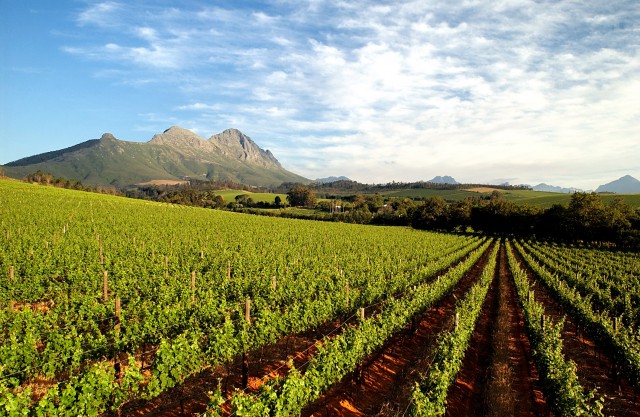 “From start to finish there were challenges,” remarked Gavin Patterson, winemaker and director at Sumaridge Wines in Walker Bay. “It was the smallest vintage in my 10 years here and the most stressful.”

His comments were echoed by Johan Joubert, chief winemaker at Kleine Zalze, who described 2014 as “the most challenging vintage I have ever experienced.”

Recalling three rain spells in October, November and January across the producer’s vineyards in Stellenbosch, Durbanville and Darling, Joubert reported: “Bunches were getting bigger in volume so you had to find a way to manage the vineyard to get enough concentration.” In particular, he pointed to the effect on Kleine Zalze’s bush vine Chenin Blanc, commenting: “Bunches that are normally 80-90g were up to 160g in volume.”

In addition to the effect on concentration, the heavy rain meant that many producers struggled to manage their vineyards with the level of precision they would have liked, with spraying timetables especially affected. “We couldn’t get into the vineyard,” recalled Patterson. “The crop was compromised from the start.”

As the growing season progressed, he told the drinks business: “I found myself looking for a silver lining to a very black cloud.” With Sumaridge producing just a single tier of wines, there was no opportunity to downgrade fruit, which ended up being discarded altogether. “I said to our investors that this is a year of sacrifice,” said Patterson.

For Joubert, the solution lay in adapting his usual approach in both the vineyard and winery. When it came to choosing the right moment to pick, he explained: “We went into the vineyards and tasted grapes in a morning sunshine site and an afternoon site. The afternoon site with the riper fruit was better so the decision was to let it hang a bit longer.”

As for the vinification, Joubert insisted: “In 2014 people must have more lees content.” Noting that “acidity levels in 2014 were lower,” he confirmed that he had also chosen to add more tartaric acid than usual.

Despite this challenging bigger picture, Patterson identified a number of more positive stories from South Africa in 2014. “The earlier ripening varieties like Chardonnay, Pinotage and Merlot all produced absolutely beautiful wines,” he reported, explaining: “Those cool, European conditions gave us a long hang time.”

By contrast he pointed to difficulties with Sauvignon Blanc, whose tight bunches struggled with disease and ripeness, requiring rigorous sorting in both the vineyard and winery.

Although Sumaridge’s Syrah also faced maturation challenges, thanks to the maritime conditions that usually provide a valuable cooling influence but exacerbated the effect of this unusually cool year, Patterson described himself as “particularly excited” by the final results.

“We have tiny quantities but lots of tea, iron and cinnamon spice flavours when usually it’s more black cherries and plumminess,” he observed. Pointing to Sumaridge’s Shiraz/Pinotage Cape blend, Patterson enthused: “It means our Epitome will be reflective of vintage as well as its component parts.”

Patterson also noted that warmer regions such as Swartland enjoyed more favourable weather conditions. “For them it was a year of abundance, whereas for us it was a year of sacrifice,” he summed up.

Despite the difficult conditions leading up to the 2014 harvest, Patterson maintained: “We’re not complaining. Europeans often suffer worse conditions and in worse years winemakers start being more selective.”

However, he did acknowledge that 2014 was likely to prove inconsistent in terms of quality from South Africa. “It’s really going to sort the sheep from the goats,” he claimed. “Very sadly many winemakers are driven by accountants at the head of their companies and that will have an effect on how 2014 is judged.”