Wine is gaining ground as the drink of choice among Canadians, enjoying a 4.9% sales increase last year as the country’s beer sales continued their long-term decline. 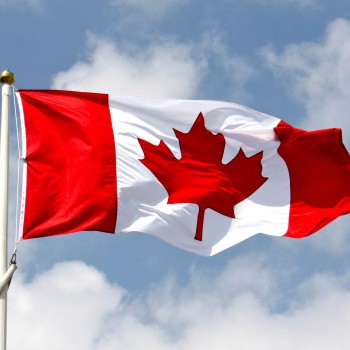 According to data for the fiscal year to 31 March 2013, which was released yesterday by government agency Statistics Canada, the country’s licensed outlets sold $21.4 billion (£11.7bn) of alcoholic beverages during this period, an increase of 2.2% on the previous year.

While beer retains by far the biggest proportion of this spend at $9.1bn, or 2.3bn litres, that figure represents a 0.1% decline on 2012 for a category whose value market share has slipped steadily during the last decade as wine has grown in popularity (see chart below).

This growth from the wine category saw its sales reach $6.8bn last year, with the province of Alberta seeing the biggest increase at 11.0%. Canada’s wine volume sales also increased, showing a 3.9% rise on 2012 to reach 506.6 million litres.

Within this growth, imported wine sales rose by 4.3%, outstripping the performance of their domestic counterparts, whose sales nevertheless increased by a positive 3.3%.

Red wine is also seeing a steady rise in popularity, increasing its market share in 2013 to 56% of total sales compared to 51% in 2003. Despite the growing reputation of Canada’s own wine producing regions, 77% of all red wine sold in the country is imported, compared to 61% of white wine.

Although smaller than the growth enjoyed by wine, Canadian spirit sales also increased last year, with a rise of 2.9% to $5.4bn. This uplift was driven in particular by liqueurs, whose sales rose by 9.5%, although rum and vodka also put in strong performances with growth of 4.1% and 3.9% respectively.

As with wine, imported spirits grew faster at 3.8% than the domestic industry, which posted a 2.2% gain, selling 148.0m litres. Despite this faster rate of growth, however, imported spirits account for just 33% of Canada’s total spirit sales, although this one third share has increased from 26% back in 2003.

On a per capita basis, Canadians last year bought 78 litres of beer, 17.4 litres of wine and 7.6 litres of spirits per person.