From Japanese fine dining and ultra-modern Indian cuisine to a “multi-sensorial” dining experience – we count down Asia’s top 10 restaurants as voted for by 900 food critics, chefs, restaurateurs.

Now in its second year, Asia’s 50 Best Restaurants awards, sponsored by S.Pellegrino & Acqua Panna and organised by William Reed Business Media, announced its 2014 winners at an awards ceremony in Singapore in February.

Of all the countries judged, China led the pack with 16 of its restaurants featured in the award’s top 50, followed by Japan with 10 and Singapore with 8.

The list was compiled by The Diners Club World’s 50 Best Restaurants Academy, a group of over 900 international leaders in the restaurant industry.

The Academy comprises 26 separate regions around the world and each region has its own panel of 36 members made up of food critics, chefs, restaurateurs, each of whom has seven votes.

Of the seven votes, at least three must be used to recognise restaurants outside of each voter’s region. 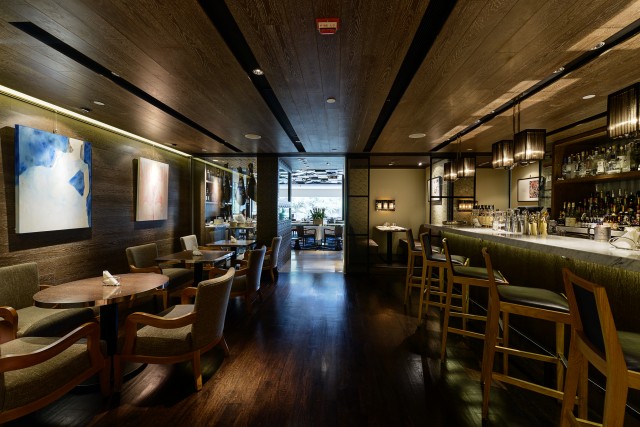 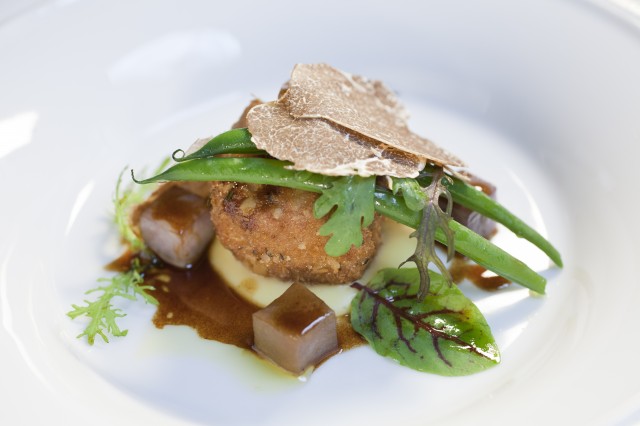 Otto e Mezzo Bombana is the first and only three-starred Michelin-starred Italian restaurant outside of Italy. Opening in 2010 and located on the second floor of the Landmark Alexandra, the restaurant boasts 4,700 square feet of space and overlooks the city streets of Hong Kong, overseen by by chef Umberto Bombana. Its “tome-like” wine list takes in vineyards from around the world with diners encouraged to pay a visit to its walk-in cellar which houses more than 3,000 bottles. 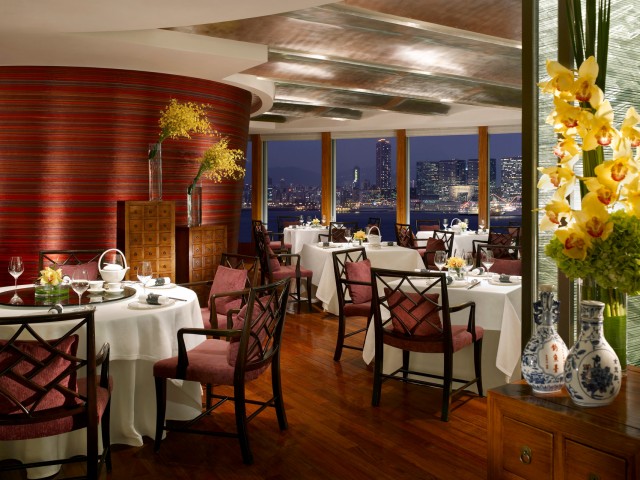 A three-starred Michelen restaurant is located on the fourth floor of tong Kong’s Four Seasons hotel offering views of the harbour and spectacular skyline. Serving authentic Cantonese cuisine, its chef Chan Yan Tak was coaxed out of early retirement to head up its kitchen which went on to become the first-ever Chinese restaurant to win three Michelin stars in 2009. Seafood and dim sum are among the specialities on the extensive menu. 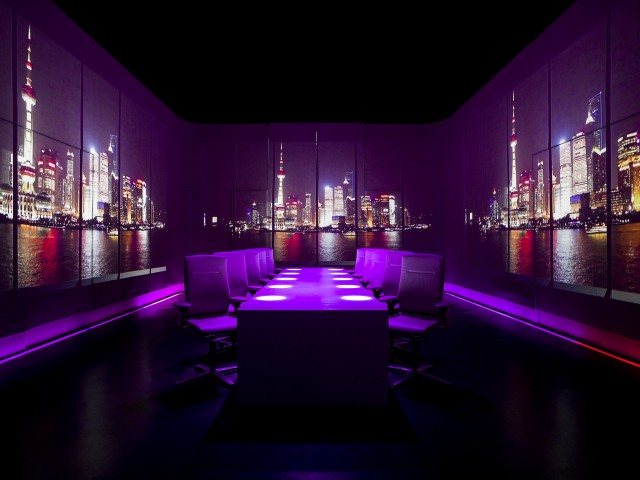 Ultraviolet opened in 2012 with the aim of uniting food “with multi-sensorial technologies in order to create a fully immersive dining experience.” Headed up by French-born chef Paul Pairet, ten diners only per night arrive in a mystery location and enter a large pod-like capsule, where host-director Fabien Verdier introduces the 20-course menu. Each course is coupled with an aural offering: films and effects projected onto all four surrounding walls; bespoke lighting directed onto the dishes; and olfactory accompaniments piped into the room. Dishes include savoury chocolate foie gras tartine and cod fillet in lime-scented aspic. 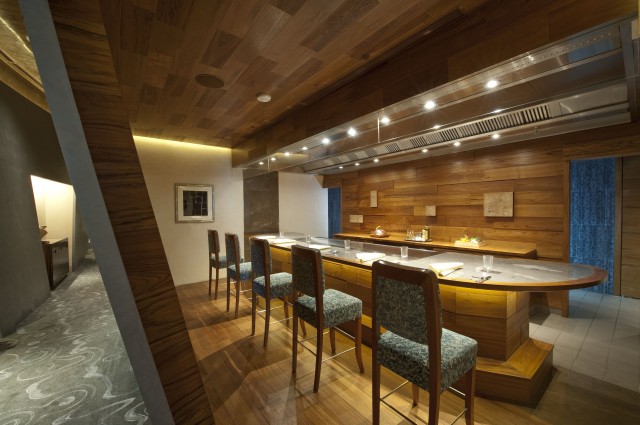 Located at the luxurious Marina Bay Sands hotel in Singapore, chef Tetsuya Wakuda offers guests to Waku Ghin fine Japanese dining. The restaurant has just 25 covers across four private rooms each with its own private chef who will prepare guests a 10-course tasting menu on a teppanyaki grill. Specialities include raw seafood such as sea urchin and abalone. 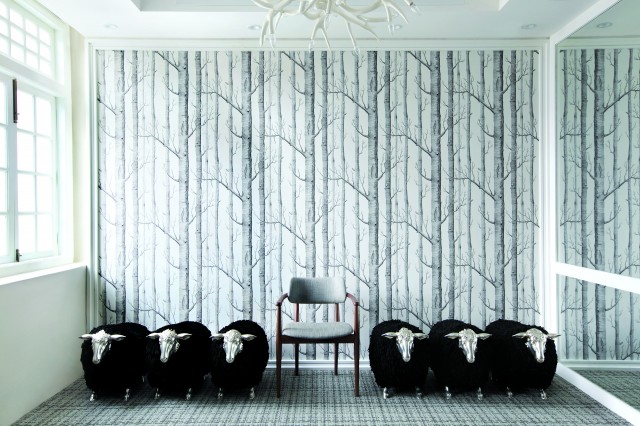 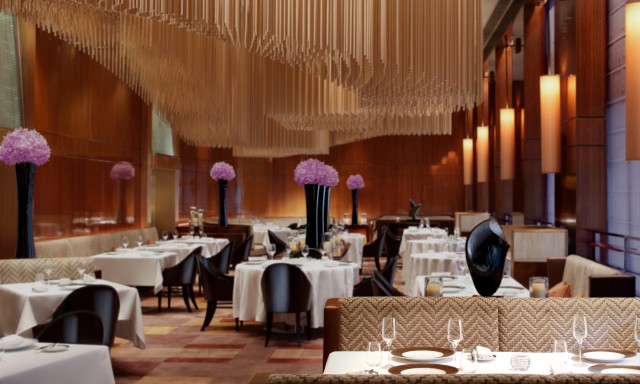 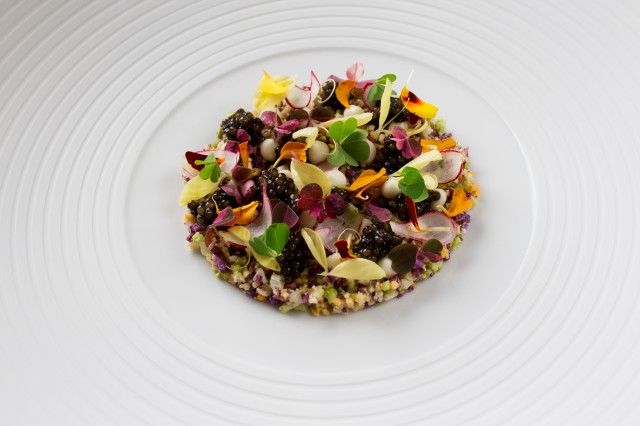 Located in The Landmark hotel, Amber serves up a classical French cuisine with subtle Hong Kong influences overseen by Dutch-born chef Richard Ekkebus’s. Having trained in Holland and France, followed by stints in Mauritius and Barbados, Ekkebus has been at Amber’s helm since its opening in 2005. Signature dishes include sea urchin in lobster jelly, with cauliflower, caviar and crispy seaweed waffle; Kagoshima wagyu beef with purée of forgotten Cévennes onion; abinao 85% chocolate soufflé with cacao sorbet. 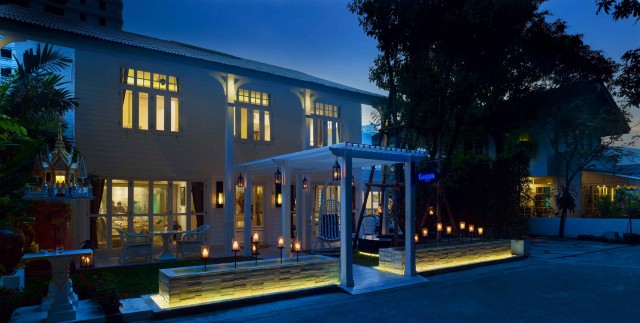 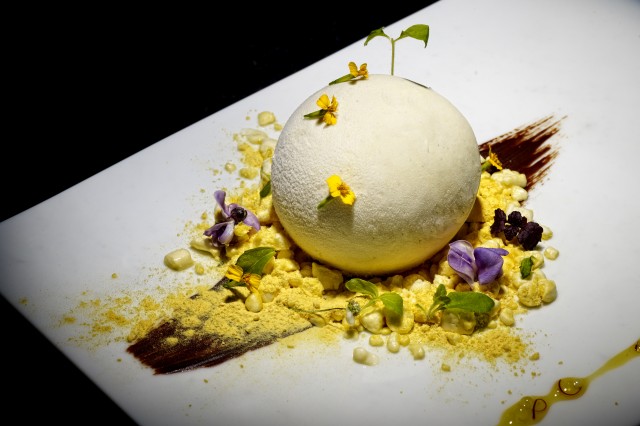 Serving Indian cuisine with an ultra-modern twist, the aim of Kolkata-born chef Gaggan Anand was to create a restaurant which bridged the gap between the east and west. Housed in a Colonial-style house, the restaurant is divided into a series of private dining rooms. Dishes include ‘Green with Envy’ – green peppercorn chicken kebabs combined with coriander foam – while signature dish, Chowpati Year 2050 is a take on the street-food snack papdi chaat featuring a spherical yoghurt ‘egg’ on a fried dough chip with herbal foam and tamarind chutney.

Chef Yoshihiro Narisawa left his native Japan to train in France, Switzerland and Italy – and his culinary heritage is evident in the style of his Tokyo restaurant which serves French cuisine using Japanese ingredients. Innovative dishes include lightly cooked Toba oyster from Mie prefecture to the hirame Carpaccio with scallop cream sauce and olive oil.

Taking the top spot as the best restaurant in Asia was Nahm in Bangkok which opened in 2010 at the Metropolitan Hotel in Bangkok. Overseen by Australian-born chef David Thompson, judges said Nahm’s cuisine celebrated the bold flavours of authentic Thai cuisine by “reviving and reinterpreting centuries-old recipes of former Thai matriarchs”. Dishes range from light starters such as smoked fish, peanut and tapioca dumplings to salad of freshwater crayfish with pork and Asian pennywort to the more fiery minced prawn simmered with shallots, young chillies and coriander.