You only have to look at the extreme flavour ideas marketing by vodka companies to realise that alcoholic beverages can include an alarmingly broad range of ingredients. 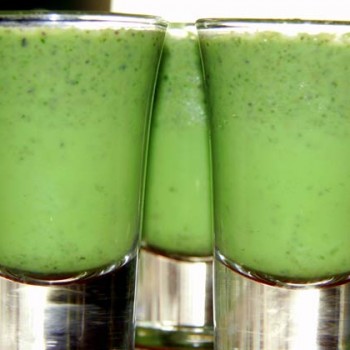 However, it’s not just the vodka category that has a track record of going off-piste in search of inspiration. Whether sparked by a vivid imagination, a sense of mischief or simply finding interesting ways to use up a local surfeit of certain ingredients, a whole range of drinks can boast rather intriguing – or should that be alarming – back labels.

Although there is no shortage of weird flavoured drinks which appear to have been created primarily for novelty value, many unusual drinks have deep-rooted cultural ties.

The history, myths, examples and legal wranglings behind the wide variety of plants – and occasionally animals – that can be found in our glasses receives thorough treatment in recently published book The Drunken Botanist. To whet your appetite, the drinks business has picked out some of the most outlandish examples over the following pages. 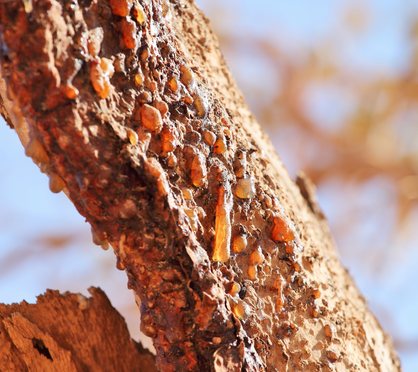 Usually associated with Nativity plays rather than the drinks industry, this aromatic resin oozes from the scruffy shrubs of the Commiphora genus.

Myrrh can be found growing around the Red Sea and down the east coast of Africa as far as Madagascar, as well as Senegal to the west and India to the east.

While its biblical appearance relates to the ancient use of myrrh’s pungent, disinfectant qualities for funeral ceremonies, it also has an historic connection with the drinks industry as a means of sealing wine jars.

Today, the resin has found a modern day role as one of the many ingredients in Fernet Branca, that distinctively flavoured drink which has practically become the national drink of Argentina.

Not to be confused with its lethal, psychoactive cousin, fly agaric, this white agaric can be most commonly found on larch trees and causes plenty of its own health problems if ingested in large quantities.

That doesn’t stop the Italians from taking advantage of this fungus’ bitter flavour and suspected anti-inflammatory properties by incorporating it into some of the country’s many artisanal “Amaro”, or bitters, digestive concoctions. Maybe just stick to a small glass. 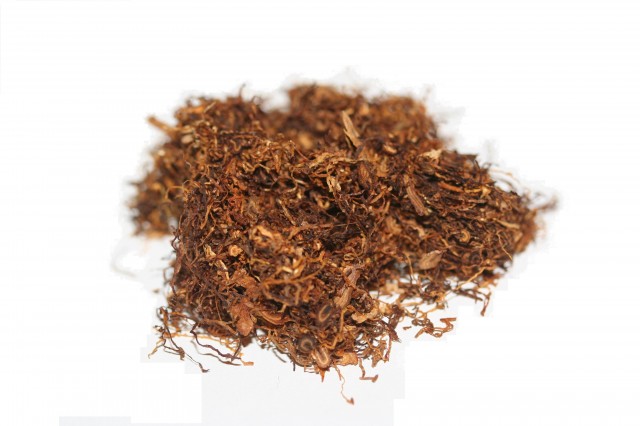 Forget smoking the stuff, tobacco is thought to have a long history of being incorporated into alcoholic beverages by native Americans in a tradition which can still be found on our shelves today.

More likely to be used as a bug spray during the 19th century, today tobacco liqueur is used for more recreational purposes. Among the best known modern examples of its use as a beverage are France’s Perique Liqueur de Tabac and an Argentine version produced by Historias y Sabores distillery in Mendoza.

According to distillers, tobacco’s toxic nicotine component has too high a boiling point to rise through the still, leaving behind only the plant’s distinctive flavour. The Perique version uses grape eau-de-vie and is aged in oak barrels.

Inventive bartenders have also been known to incorporate tobacco into their cocktail recipes, often by infusing their own tobacco bitters. Be careful though – there’s no guarantee that these homemade concoctions won’t include dangerously high levels of nicotine. 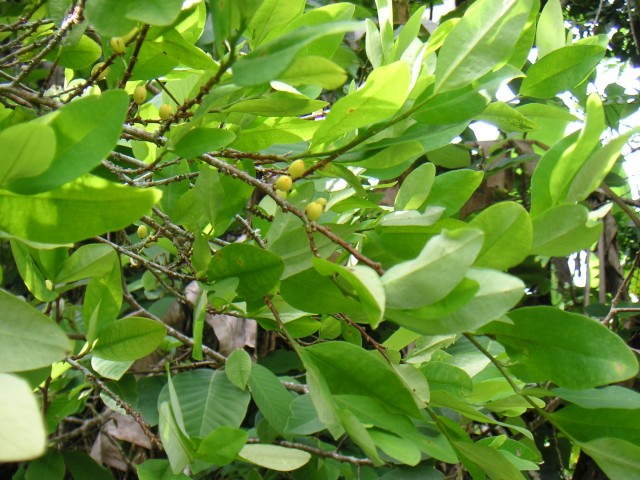 From one drug to another, the stimulating leaves of the coca bush may today be most closely associated with cocaine, but in less pure forms this plant has been used historically as both a medicine and a drink.

Among the most famous examples was 19th century tonic wine Vin Mariani, which was made from Bordeaux wine and coca leaves. Its fans are said to have included Queen Victoria and Pope Leo XIII, with the latter even appearing on posters to endorse the product.

Today’s producers are no longer allowed to use cocaine in their drinks, although flavour extracts without this active ingredient are still permitted, with herbal liqueur Agwa promoting itself as a prime example. 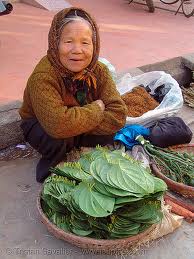 Another controversial stimulant currently used by around 400 million people worldwide, the betel leave also appears in the form of paan liqueur.

Associated with the Sikkim region close to Nepa, there are also examples of paan from as far afield as Canada, which produces the Jaan Paan Liqueur brand.

Despite the close associations these brands may draw with their betel leaf traditions, US and EU food regulations mean that few of those available on international markets are likely to contain any of this ingredient at all. 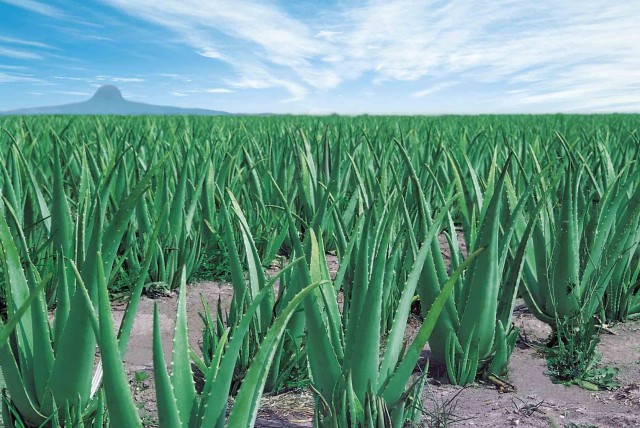 More commonly associated with its revered medical and cosmetic properties, aloe vera bears a striking resemblance to the agave plant, which has carved a rather different niche for itself within the Tequila industry.

Once again, Fernet Branca has found a use for aloe’s soothing but extremely bitter properties. Unlike many other bitter plants, however, aloe carries the benefit that it does not introduce vegetal notes to the drink.

Although the plant is officially banned by the US Food and Drug Administration for use in laxative products, this traditional use may add an extra source of appeal for creators of digestifs. 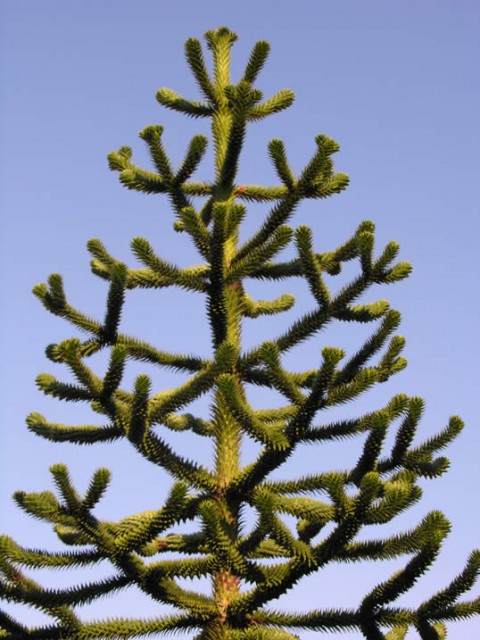 That strange, spikey feature of many an English garden actually holds national monument status in its native Chile.

Not only does this make the monkey puzzle tree possibly the only national monument to be used for the production of alcoholic beverages, but some people believe it could be the oldest plant from which alcoholic drinks have been made.

The tree takes two years to produce each of its coconut-sized cones, each of which contains nearly 200 seeds. These have traditionally been gathered by the Pehuenche people of the Andes for a number of uses, including the ceremonial alcoholic drink mudai.

In order to make mudai, the seeds are boiled and then left to ferment naturally. However, this production process can be sped up by chewing the seeds and spitting them back into the pot, thereby speeding up the break down of starch using saliva enzymes. Cheers! 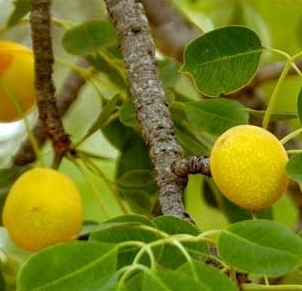 Ever wondered how African cream liqueur Amarula got its name? The fruit of the marula tree – a close relative of not only the mango and cashew, but also the rather less edible poison ivy – has long played an important, nutritious role in the traditional diet of many southern and western African nations.

These tasty, vitamin C rich properties have also made the fruit a popular ingredient for drinks, including “marula beer”, which is made by soaking the plum-sized fruit in water and leaving it to ferment.

Stories and videos such as this have long circulated about elephants and other animals becoming intoxicated after eating fermented marula fruit lying on the ground. However, this effect has been discredited by experts, who argue that an elephant would need to ingest about half a gallon of pure alcohol – equivalent to about 1,400 marula fruit – before it became drunk. 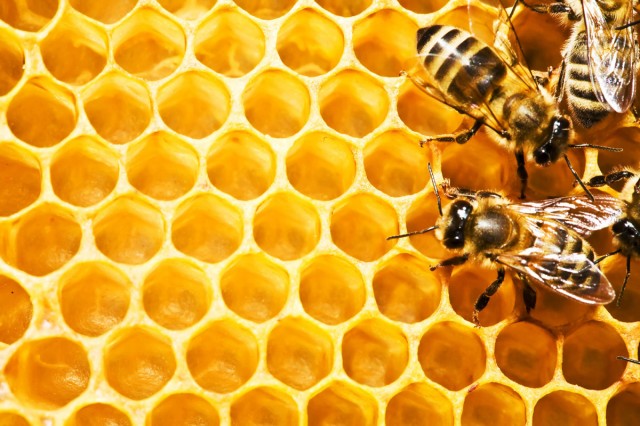 Beekeepers around the world have long harnessed the health giving, deliciously sweet properties of honey for drink production.

As mead, fermented honey formed not only a staple part of the early human diet, but as a result seeped its way into our cultural history. From its status as a source of poetic inspiration in Norse mythology to the intoxicating liquor used by Circe to drug Odysseus’ men, honey has a lot to answer for.

In common with many traditional products, mead is now staging something of a revival, with a number of producers across the UK and further afield. For those seeking something a little stronger, honey flavoured vodka has been picked up not only by many smaller producers but also big brands such as Smirnoff and Absolut. 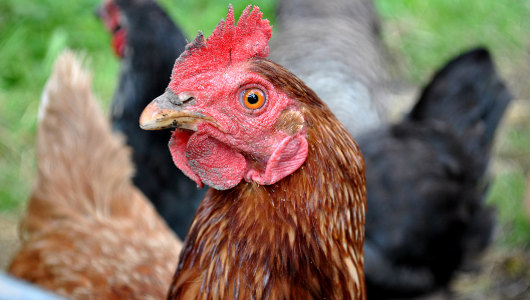 Not content with that marketing gimmick involving the worm, those Mexican mezcal producers have a less famous but similarly alarming ingredient up their sleeves.

Pechuga is a rare product created by redistilling a finished mezcal with a combination of fruit, grains and, bizarrely, a raw, skinless chicken breast.

The idea behind this delicacy is that the chicken, which is cooked by the distillation vapours as it hangs above the pot, releases fatty juices that enhance and balance the drink’s smokey sweetness.

Anyone wanting to sample pechuga for themselves can look up one of the few larger brands out there such as Del Maguey. It doesn’t come cheaply though – expect to pay around £150 for a single 70cl bottle.