From “hints of graham cracker” to a taste of smoked salmon, vodka makers are taking the biscuit with some of their flavour offerings 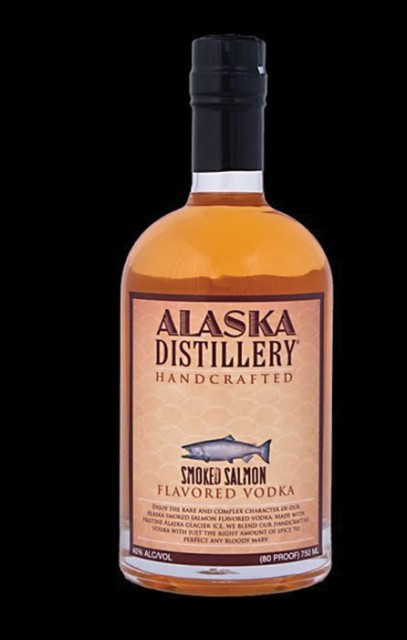 As we highlighted in November’s issue of the drinks business, vodka appears to be gaining a raft of increasingly sweeter, ersatz and frankly bizarre variants.

We’ve seen bubblegum and whipped cream, as well as smoked salmon flavour in Alaska, and, as previously reported by the drinks business, Wasabi and Electricity variants from Pernod Ricard’s Wyborowa.

The former is doubtless tapping into a demand for this powerful taste, which can now be found in crisps to chocolate, while the latter could be inspired by experiments where electric currents are passed through food to enhance the flavour without increasing the salt content.

Big brother brand to Wyborowa in the Pernod stable is of course Absolut, master of the flavoured vodka since it launched its first, Peppar, as long ago as 1986 (although several centuries after the grass-flavoured Zubrówka).

These aside, we’ve compiled a top 10 of bizarre vodka variants: view the following pages to see some truly inventive combinations. 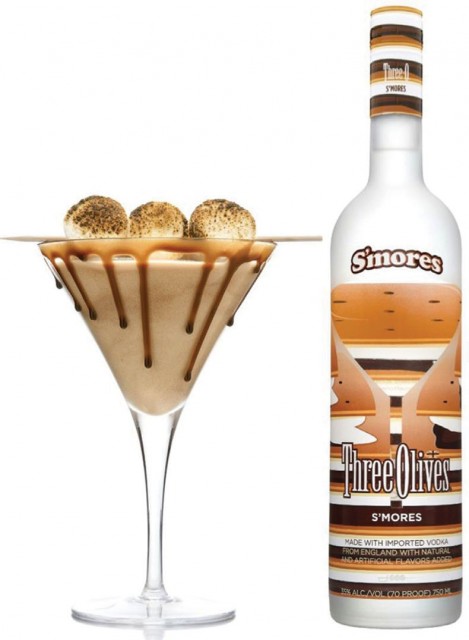 The Three Olives S’mores offering is one of 20 “bold and intense flavours” in the range – described as “a mouth-watering blend of imported English vodka and chocolate, marshmallow and graham cracker”.

Other flavours include root beer, bubblegum, grape and rangtang (oranges and tangerines). 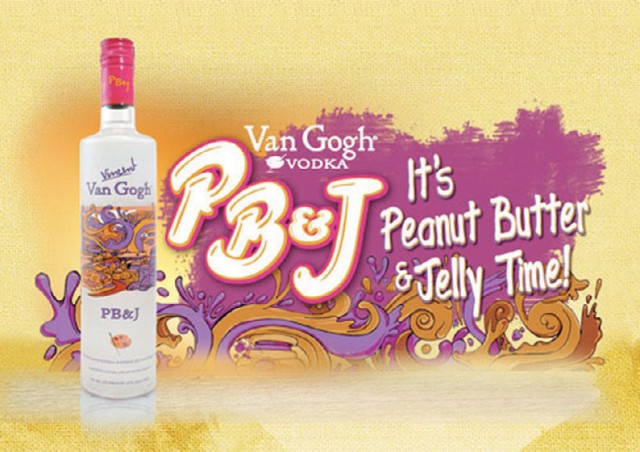 Van Gogh Vodka presents this distillation of “one of the most iconic American flavour combinations of all time”. One of the suggested cocktail recipes, strictly for those with a sweet tooth, is “Nuts & Berries”, including peanut butter and jelly vodka, berry liqueur and milk or cream.

Dutch chocolate, espresso and double espresso are also in the range. 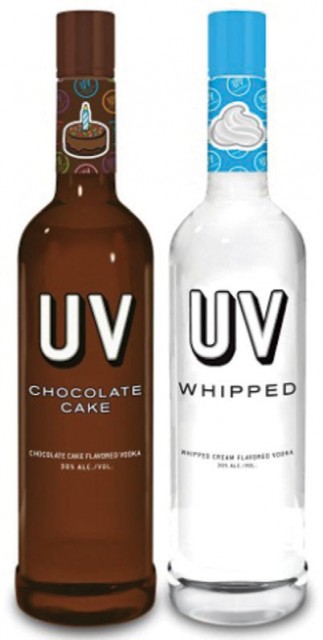 The newest additions to UV Vodka’s line-up, along with cake, sweet green tea and lemonade.

The website even gives nutrition facts for each one – there are 110 calories in the whipped cream apparently. 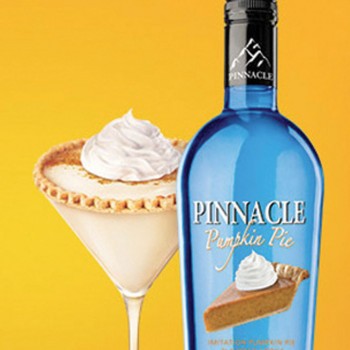 Another all-American flavour classic, but this time from a French producer, is Pinnacle vodka.

Imagined as an vodka for autumn, recipes include “Spiced Pumpkin” (mixed with Irish cream liqueur and cinnamon) and “Pumpkin Cider” (combined with apple cider and dash of lemon sour poured into a caramel-swirled glass).

Cookie dough, cucumber, watermelon and hot cinnamon are also in the range. 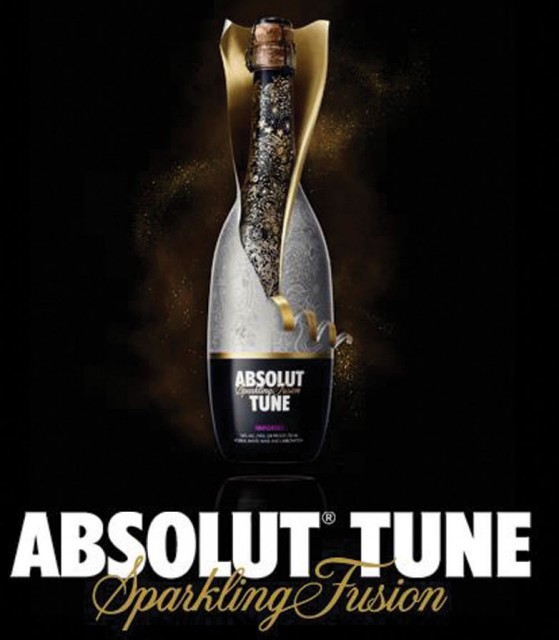 One of Absolut’s stranger additions sees two Pernod Ricard stablemates combined to create a “sparkling infusion” of vodka and Marlborough Sauvignon from Brancott Estate. “Absolut Tune” isn’t technically a vodka, the final alcohol is 14%, but is instead called a “fusion”. 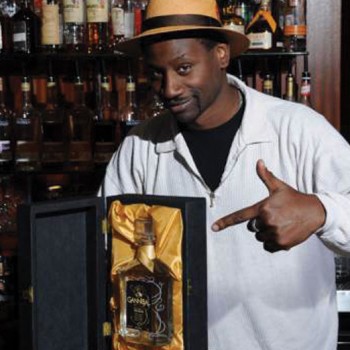 A carefully constructed April Fool as it turned out, although one bottle does exist and is supposedly for sale.

The vodka’s creator, Ian Burrell, claimed afterwards that his reason for creating it was to “provoke a conversation” about the vodka category.

He created the brand and liquid, with the help of Interscope Productions, by blending vodka with three different Caribbean rums. 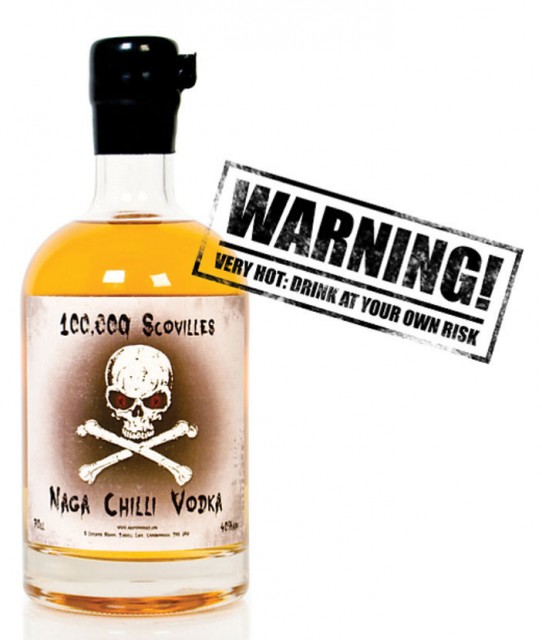 Master of Malt’s hot follow-up to its near-unpalatable 100,000 Scovilles vodka.

Made from the world’s hottest chilli, the Naga Jolokia, the vodka comes with a health warning that consumers drink it at their own risk, and a label adorned with a skull and crossbones. At 250,000 Scovilles, it’s not for the faint of heart. 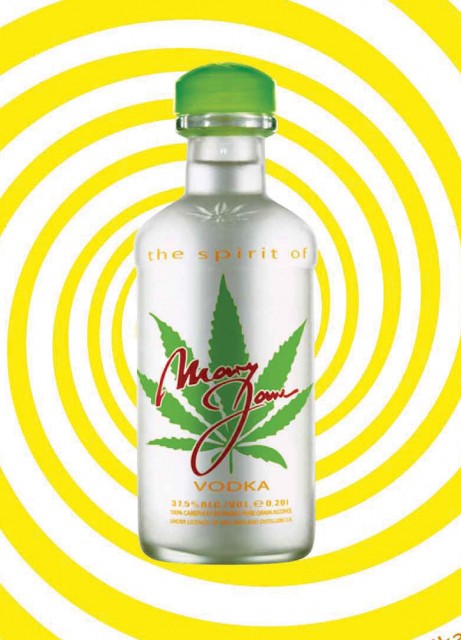 A new legal high? Mary Jane’s hemp-infused Canadian product comes in four flavours: orange, apple, peach and papaya. The legal status of the drink – which is on sale in Canada – is still disputed. Still, maker Queen of Spirits describes it as “pure, smooth, fun”. 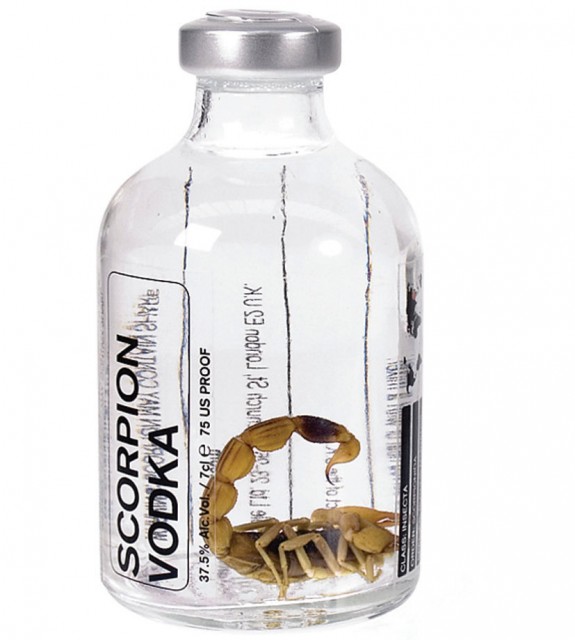 An Asian “inspired” flavour, in which a dead scorpion is added to a bottle of the spirit and left to infuse for three months. It is said to add a “pleasant woody taste”.

The arachnid’s body can also be used as a garnish for those so inclined.

Edible’s version can be found in Harvey Nichols… if you dare! 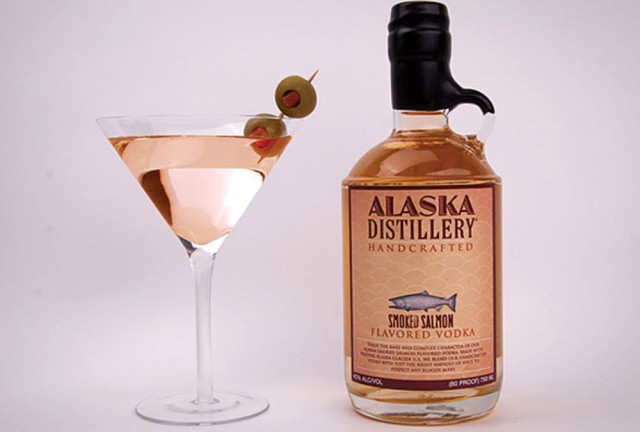 Alaska Distillery is responsible for this, along with other flavours such as birch syrup, rhubarb and fireweed.

It’s certainly the strangest flavour we could find, if only because it’s so hard to see how it could be used in any cocktail.

However, the website claims it is one of the most popular vodkas it produces and suggests it as going well in a Bloody Mary to make it a “truly Alaskan experience”.