Johnnie Walker has joined the likes of Google, Nike and Airbnb as the only drinks brand to be included in a 2014 ranking of the world’s 50 most innovative companies. 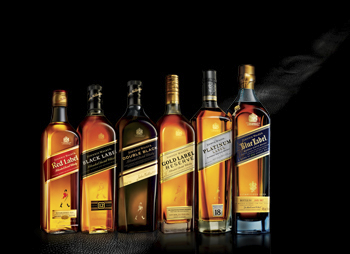 Compiled by New York-based publication Fast Company, the rankings are based on a combination of factors which include “not just revenue growth and profit margins but also progressive, sustainable business models and an ethos of creativity.”

While Google headed this year’s list thanks to innovations such a Google Glass, Robotics and Chromecast, Johnnie Walker came in at number 31 “for thinking globally, but pulling heartstrings locally.”

Highlighting the Diageo-owned Scotch whisky brand’s ability to appeal to an emerging global middle class, Fast Company noted: “It does this in part by deploying local teams to plumb the collective psyche of its target markets – and then customising its ‘Keep Walking’ campaign to speak to the new regions’ aspirations.”

As a measure of the success of this strategy, the entry flagged up that 80% of Johnnie Walker’s growth is now coming from emerging markets. Having passed 20 million case sales for the first time last year, the $3 billion brand accounted for around half of Diageo’s total sales volume.

Among the successful initiatives deployed by Johnnie Walker, Fast Company picked out its ability to “capture the Asian market’s love of exclusivity” through the roll out of membership clubs, with the third and latest venue having now opened in Seoul.

Commenting on the brand’s approach, Johnnie Walker’s global brand director Gavin Pike summed up: “There are opportunities in countries around the world to capture a zeitgeist, the sense of momentum.”

To view The World’s 50 Most Innovative Companies 2014 in full, click here.