Last week we brought you details of the world’s most fattening beers and this week we cater for the more diet conscious folk who still hanker for a refreshing beer. 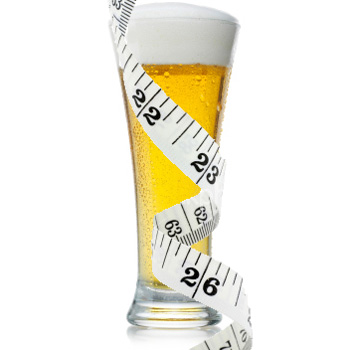 Light beers have grown in popularity over the last few years as brewers have catered for various dietary fads including lower carbs, fewer calories and less alcohol. For the purposes of this list, and to avoid it simply becoming a list of low and non-alcoholic beers, we set a 3% abv minimum for the strength of these brews.

That means that the “Cold Turkey Breakfast Beer” which was launched earlier this year by the Black Isle brewery, just misses out on a spot in this top 10, as it is a 2.8% abv beer.

Each of the beers shown here contains less than 100 calories, which is about the same as two apples. If you want a snack maybe a bit more suited to enjoying with your beer, 100 calories will get you less than 20 grams of salted peanuts, or one packet of Walker’s Ready Salted French Fries.

Watch our rundown of five of the least fattening beers in the world below: 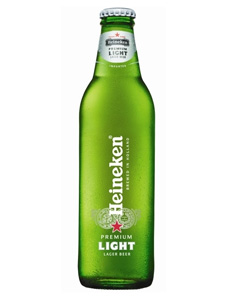 Heineken Light was launched in parts of the US in 2005 and then rolled out across the whole country the following year. When the beer was launched Heineken said: “”The launch of this first true brand extension was the most important innovation in the actual beer since the Heineken brand was born in 1873.”

At 3.5% abv Heineken Light is lower in alcohol than the brand’s premium lager, which is 5% and also has fewer calories and carbohydrates. This light beer, is still a lager style brew and has 99 calories per bottle. 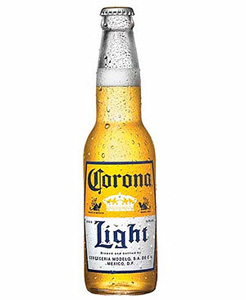 Again lighter in alcohol and calories than the original “full strength” beer, Corona Light is a 3.9% brew. Described by the brand owners as being “a light bodied, dry, crisp and refreshing light beer”, Corona Light is said to work well with spicy and hot food.

At 99 calories a bottle, you won’t need to keep too much of an eye on the food calories if drinking this beer. 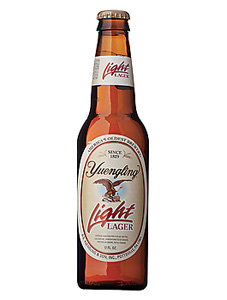 DG Yuengling & Son was established in 1829 and is the oldest operating brewing company in the US. Earlier this year Yuengling was voted as one of the top 10 best perceived beers in the US, and the brewery produces around 2.5 million barrels a year.

Launched in 2001 Yuengling Light was introduced as a 99 calorie version of the brewery’s “flagship” Amber Lager and is 3.8% abv. 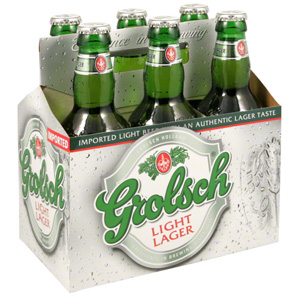 Keeping up the theme of a lighter version of a popular brand is Grolsch’s Light Lager, which was introduced in 2005. At 3.6% this has less alcohol than the traditional Grolsch beer, and this is a different beer to the Grolsch Blond, which is available in the UK. This US light lager has just 97 calories and it would take you around 27 minutes to walk off that number of calories. 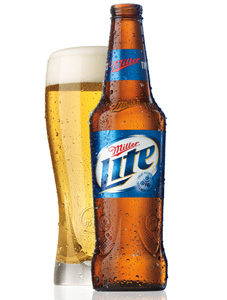 Miller Lite is known as the first mainstream light beer to be launched in the US. Originally the beer came from Chicago’s Meister Brau in the 1960s, but Miller then acquired Meister Brau’s beers and in 1973 reformulated and relaunched the light beer as “Lite Beer from Miller”.

By 1977 Miller was producing 24.2 million barrels of this beer, and this saw the other mainstream brewers respond by producing their own light beers and by 1992 light beer became the most popular type of beer in the US. Slightly stronger than some of the beers we’ve seen so far, this 4.2% brew has 96 calories per bottle. 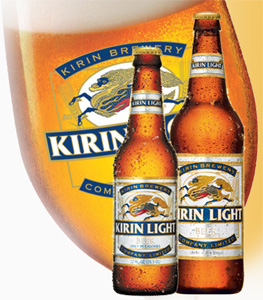 Japanese brewery Kirin has also joined in with the light beer craze, with its own 3.2% light beer which is made using “the finest two row barley malt and European noble hops.” Generally a well thought of light beer, Kirin light does score well on beer review websites. Described as having a “surprisingly smooth and full bodied taste”, Kirin Light has 95 calories per bottle. 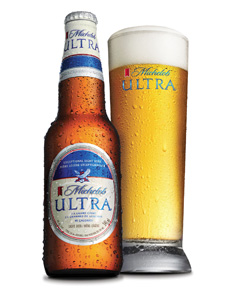 Initially launched in 1978 as Michelob Light, Ultra is a popular light beer that is now widely available in the UK, as well as the US. At 4.2% Ultra is another slightly stronger light beer, and as well as the original lager-style beer, there are now several other “Ultra” beers available.

Michelob Ultra Amber is a darker, more flavourful beer and there is also a range of Ultra fruit beers, including Dragon Fruit Punch, Lime Cactus and Pomegranate Raspberry. These variations on the original Ultra are 4% beers and the every beer in the range has 95 calories per bottle. 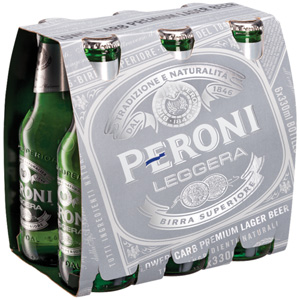 The Peroni brewery was founded in Italy in 1846, has been based in Rome since 1864 and since 2005 has been owned by brewing giant SABMiller. Leggera (Italian for “light”) was launched in Australia in 2009, where lower calorie and carbohydrate beers have proved very popular.

When the beer was launched Peroni said that Leggera was, “born of the original 1963 Peroni Nastro Azzurro formulation, using the same unique Italian ingredients and craftsmanship to create a crisp, refreshing and light taste.” Leggera is a 3.5% beer and has 92 calories per bottle. 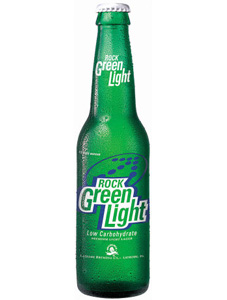 This low carb beer was launched by Rolling Rock in 2003 and is described as being a “refreshing, well-balanced light lager with a slightly spicy aroma and crisp, clean finish.” At 3.7% it is mid-range in terms of strength compared to other beers in this list, but its 83 calories make it a much lower calorie beer compared to the others. As a comparison there are 83 calories in a cup of blueberries or one chocolate digestive. 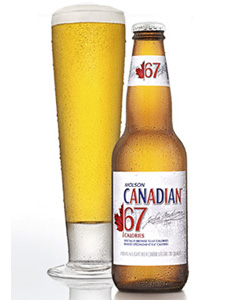 At 3% abv, this Canadian beer just qualifies as one for this list. It was launched in October 2009 as a light version of the Molson Canadian beer brand and is brewed “with Canadian water, barley and no preservatives.”

The name Molson Canadian 67, refers to the number of calories in a bottle, just 67, far fewer than any other beers in this list. The beer promises to deliver “perfect balance of sweetness with a slightly hoppy bitterness”, and with Molson 67 Sublime there is now a lime version of this 67 calorie beer.