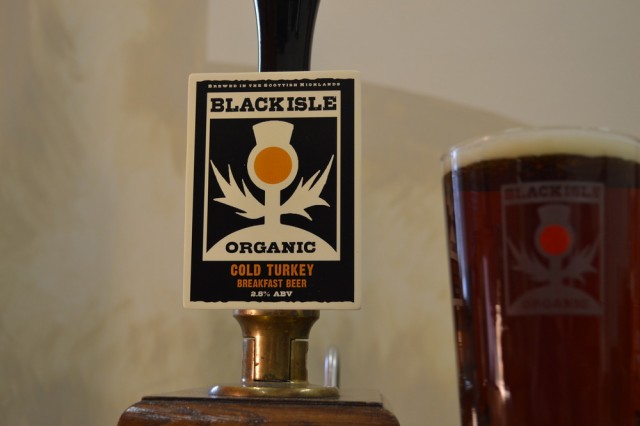 Brewed by the Black Isle brewery in Ross-shire, Scotland, the beer has been defended by the brewery owner, David Gladwin, as being for “people who appreciate what they are drinking.”

The brewery described the beer on its website: “We think everyone can agree that good beer should have good flavour, aroma and body. For those who wish to enjoy a pint or two without feeling guilty about drinking a stronger beer we at the Black Isle Brewery have developed a lower alcohol beer.

“This may be a lower abv than the rest of our beers but with a higher hop charge than most it does not compromise on quality or taste.”

The brewery stressed that the name “breakfast beer” was more to suggest its suitability for drinking at any time and not specifically breakfast.

Speaking to the drinks business, brewery founder, David Gladwin, said: “It’s actually designed for healthier drinking. It was bought out as a post-Christmas beer – an antidote to the 8.4% imperial stout we bought out before.

We thought, rather than bring out another bigger beer we thought it’d be different to bring out a weaker one. They’re actually more difficult to make.

“We thought people would want that style of beer particularly after the indulgence of Christmas. It’s what people want at this time but rather than go off alcohol altogether they can go lighter.

“Unfortunately, if you mention breakfast and beer in the same sentence people do jump to rather predictable conclusions. But there has been a lot of positive reaction to it as well. It’s worth remembering that one man’s breakfast is another man’s lunch. Some people who have been up for four or five hours prior to 9 o’clock in the morning might have a drink as it’s their lunch.”

He did stress again though: “I’m not suggesting people substitute breakfast for beer. It’s beer that could be drunk at any time of the day.”

The launch of the beer, however, has been met with a flurry of statements from alcohol and health groups who have claimed that it will only encourage alcoholism – already a major problem in Scotland.

Speaking to the Scotsman, Dr Evelyn Gillan, chief executive of Alcohol Focus Scotland, said: “While we welcome the production of lower strength alcohol products, using a marketing tactic such as this to encourage people to drink alcohol for breakfast is irresponsible.”

Also branding the beer irresponsible was Richard Burkitt of For the Right Reasons, a charity that helps people with drink and drug problems Inverness, who added: “I would not encourage people to drink alcohol at breakfast time. If you are drinking at breakfast time, you have a problem and you are an alcoholic. And you need to seek help.”

Member of the Scottish Parliament for the Highlands and Islands, Dave Thompson, warned against drinking in the morning but added that the brewery was an “innovative” company and he could see the benefits of a low alcohol beer, particularly for night workers or fishermen who may have a drink in the morning after their long shifts.

Although not a social norm now, a “small beer” was often consumed at breakfast.

US president George Washington and founding father Benjamin Franklin both refer to drinking it in their diaries, Franklin specifically so at breakfast.

Very weak, the beer was and sometimes still is made from the “second running” of a stronger beer’s mash. It would often also be given to children and in some industries workers could receive up five litres a day to keep them hydrated.

At times in history when drinking water was often too dangerous, very weak, watery beer, the water of which had been boiled in the brewing process, was much safer.

It is referred to extensively in literature from Geoffrey Chaucer to William Shakespeare and from William Thackeray’s Vanity Fair to Patrick O’Brian’s Aubrey/Maturin series and Ellis Peter’s Brother Cadfael series.

For more on beer, see our top 10 weird beer ingredients and how craft beer is becoming more like wine.