Dozens of Napa Valley’s winemakers gathered this month at the Rudd Centre at The Culinary Institute of America at Greystone for the first of The Winemakers Tasting, an event in response to this curious group’s desire to see what vinous innovations and experimentations are happening in wine cellars around the valley today. 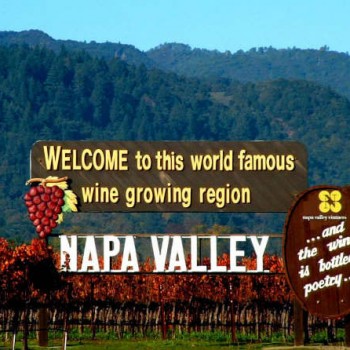 The Napa Valley Vintners (NVV) created this event in partnership with Cooperages 1912, a fourth generation, family-owned barrel company. Jason Stout of Cooperages 1912 explained that organisers first formed an advisory board of winemakers last summer and put out a call to NVV member wineries seeking cellar experiments they were willing to share.

In came dozens of trials including the expected yeast and oak treatments, but also whole versus crushed berry, hand versus machine-picked fruit, lees stirred Cabernet Sauvignon, and barrels treated with water prior to fill.

During the course of a full day, a set of structured tastings took place in an upstairs classroom. In between sessions, guests reviewed fourteen different wine trials at their leisure.

While the Vintners are not revealing the overall preferences of the group at this time, we look here at some of the trials that are going on in Napa Valley’s cellars today.

In a trial pitting man versus machine, a 2010 Rutherford Cabernet Sauvignon was tasted twice – one lot the result of hand-picked fruit (limited sorting, destemmed) and the other, picked with a Pellanc Selective Harvester (alternative four-row treatment). Tasters were asked to jot down each wine’s aromas, flavour and any additional comments, and then indicate their preferred wine. [To this taster, not a trained winemaker, the machine-picked fruit stood out for its more pronounced red fruit aromas.]

A vessel trial was conducted between concrete and t-bins. The wine, a 2012 Gargiulo Vineyards Oakville Merlot, was split between new 600 gallon, truncated, and closed-top concrete tanks by NOMBLOT, and t-bins. For the latter, chilling plates were used to approximate the temperature of the concrete tank. Although the vessels were of different sizes, there was a similar juice to skin ratio. [One of the wines was more fruit forward with a rich, round palate, while the other was more closed. The former, the t-bin wine, proved my preference.] 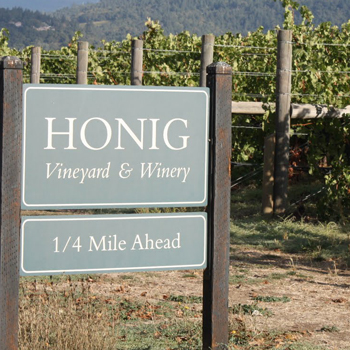 Honig Winery is taking a look at various yeasts and divided a 2012 Oakville Sauvignon Blanc into three stainless steel tanks, fermented with the same protocol except for the yeasts: VL3 (27 days), VL 1 (24 days) and Alchemy 1 (20 days). The ferment times follow the yeast strain in parentheses. [There were varied aromas and flavours from herbaceous to lime citrus and melon in the wine.]

Another trial included lees stirring (or not) of a 2009 St Helena Cabernet Sauvignon. The wine, clone 4 5C VSP, was settled for 4 days and then half of it was stirred weekly from mid-November to mid-February; the other half received no stirring. Samples were taken from each of the two trials at the end of elevage, the summer of 2011. As may be expected, the aromas and palate tastes were very different between the two. [This taster preferred the deep fruit-forward blackberry flavours of the non-yeast stirred over the complex, biscuity aromas and flavours of the lees stirred.]

Water play with barrels was conducted in another trial. A 2012 Cabernet Sauvignon was divided between barrels that had been pre-soaked in water for 15 hours before filling versus no pre-soaking.

A Chardonnay yeast was trialled against two Sauvignon Blanc yeasts. The wine, a chardonnay, was presented with both oak influence and without. The goal was to determine if the Sauvignon Blanc strains would produce high concentrations of thiols from the oak impact on the wine. There were also experiments with hand sorting versus optical sorting; pre-bloom leafing and not – and much more.

Just another day in the curiosity-soaked labs of Napa Valley, where innovation and exploration are just an ordinary part of the winemaker’s day.