Logistical boost for The Benevolent

New chairman of The Benevolent, Chris Porter, has pledged to use his logistics background to unite the trade in its support for the wine trade charity. 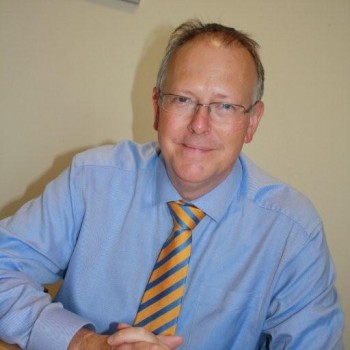 As director of the Porter & Laker division of JF Hillebrand, Porter has 25 years experience in the logistics industry and represents the first chairman in the charity’s 126-year history to come from this sector of the trade.

His appointment is due to be officially announced in front of 120 guests at The Vintners’ Company Wine Trade Lunch, which will be held in aid of The Benevolent this Friday, 11 January.

The occasion will also see Porter announce his flagship initiative for 2013, which will see JF Hillebrand match every pound donated by its customers. It is hoped that this move will not only have a direct impact on the charity’s fundraising efforts, but also raise awareness of The Benevolent’s work among members of the trade who have not previously supported the organisation.

Setting out his ambitions for his two year tenure as chairman, Porter said “I am personally appealing to senior figures of our industry to be ambassadors for The Benevolent within their own organisations. It is the decision makers within our community that can best support junior members of the trade becoming more actively involved.

The ongoing development of a network of support for The Benevolent is critical to ensure the trade is still looking after its own in another 126 years.”

Welcoming Porter into his new post, The Benevolent’s CEO Paul Newman said: “I am delighted that Chris is already taking such a hands-on approach to his chairmanship.

“His unparalleled connections within the trade, combined with his fresh and innovative leadership style, is a winning formula. He is ideally placed to engage all branches of the trade and place The Benevolent at the heart of the drinks industry.”

For more information about The Benevolent’s activities and work to support members of the wine trade and their families who are affected by illness or financial hardship, visit www.thebenevolent.org.uk.