German winemakers expect an excellent harvest this year – as long as the weather holds. 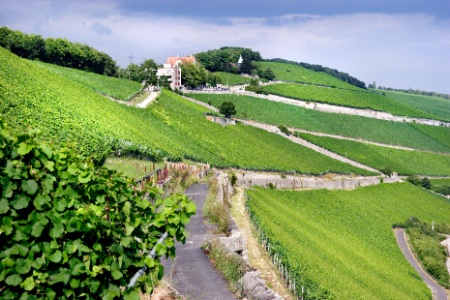 Speaking to the drinks business at the Rheingau Riesling Review, Dr Franz Werner Michel of Domdechant Werner’sches Weingut, said: “It’s on time, the weather is not too hot or cold and the Riesling is nicely mature.”

He estimated that the harvest would begin in four to five weeks time. He reported that the crop is healthy and the volume “so far” is alright but cautioned, “like in sport the last 100 metres is the decider.”

Michael Burgdorf of Weingüter Geheimat Wegeler echoed Michels’ comments about the harvest’s quality adding that his own yield would be around 2011 levels at 6,000 litres per hectare.

Peter Winter at Weingut Georg Müller Stiftung also said that his harvest would be around 60% of a normal one “but high quality”.

He remained confident that with good weather over the next few weeks, “I think we’ve got a good vintage”.

He remembered however the 2006 harvest, “when it got to 30 September everyone thought it was the best ever. Then it rained for the next three days.”

However, he finished by saying that the long range forecast looked positive.

The scene in Germany is in marked contrast to France where problems with inclement weather and every sort of disease have blighted winemakers throughout the year – although here too, a good few weeks in the run up to the harvest could salvage the situation a little.