Newly released figures show a boost in UK pub beer sales during the Euro 2012 football tournament – but only during the England games. 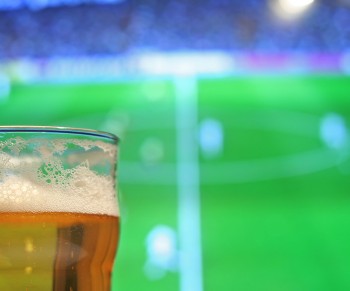 Research from the on-trade consultants CGA Strategy, released to the drinks business, shows that the Euro 2012 tournament did not as a whole generate a significant uplift in sales, although the England games at the competition did bring in the fans in higher numbers.

Lager sales, says CGA Strategy, “consistently over-indexed during key Euro 2012 events, demonstrating the association between lager and sport”. By contrast, the ale category saw a slight downturn in return on sales over much of the tournament.

Draught cider – generally a strong performer in the summer months – also saw a average rise in sales of 37% on England match days.

“The higher the significance of a game, the bigger the driver for return on sales”, says the report, adding that “England’s must-win Ukraine game, and the quarter final versus Italy saw uplifts of 114 pints (51%) and 91 pints (28%) per outlet respectively.”

The single biggest day during the tournament was Saturday 23 June, the day of the third quarter final between Spain and France and the Saturday night before England’s quarter final with Italy. Two Rugby Union test games drove footfall on the day, with fans staying on to watch the football in the evening.