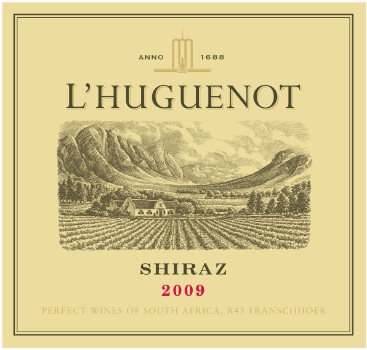 The partnership will see the producer ship almost 2.9 million bottles to China by June 2012, a significant boost to the nearly 3.9m bottles shipped by South Africa to China last year.

Leopard’s Leap holds a 49% stake in the venture, called Perfect Wines of South Africa, with the rest held by Yangzhou Perfect, a subsidiary of Perfect (China) Co.

Together the partnership has created L’Huguenot wine brand, named after the 17th century French Protestants who sought refuge from persecution in Franschhoek, home of Leopard’s Leap.

The brand’s range consists of a Shiraz, Shiraz/Pinotage blend and Chenin Blanc. These will be distributed across the 5,000 outlets operated by Perfect (China), a consumer product and health food company which expanded its interests with the launch of a Chinese wine back in 2010.

Describing himself as “satisfied with the market response” to this first foray into the wine trade, Woo Swee Lian, president of Perfect (China), said: “I am I believe through our network of Perfect (China), we can offer more top quality wine. This will now be a wine from South Africa.”

Explaining the choice of a South African brand as a supplier, Mr Woo remarked: “I think the ability to provide consistent supply at reputable quality, is to the advantage of South Africa.”

In addition, he emphasised the relationship with Leopard’s Leap as one “that is based on respect and trust,” highlighting in particular the companies’ shared commitment to social responsibility.

Hein Koegelenberg, CEO of Leopard’s Leap pointed to the growth in annual exports of South African wine to China from 1.2m to 4.5m litres within three years as a major factor in the company’s decision to seek out opportunities in this market.

“Three years ago we identified Asia as an export destination for our wines,” he remarked, estimating that his two companies, Leopard’s Leap and La Motte currently represent around 10% of South Africa’s total wine exports to Asia.