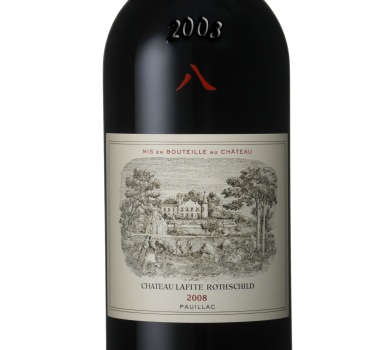 According to Liv-ex, prices of the 100 top-traded wines fell by an average 22.5% between June and December last year – the steepest fall since the beginning of the recession nearly four years ago.

Year to date prices for Lafite 2008 were already down 26% last August with the wine proving the worst performer in terms of price of the last 10 physical vintages from the estate.

This is in stark contrast to October 2010, when the price of Lafite ’08 shot up by 20% overnight after it was announced bottles would be marked with the Chinese symbol for the number 8, regarded as lucky in China.

The second wines of the first growths have also performed poorly, with Chateau Margaux’s Pavillon Rouge 2008 down by nearly 50% and Carruades de Lafite 2008 down 29%.

As previously reported by db, bucking the trend are top second growths like Léoville-Las-Cases and Cos d’Estournel, which have maintained their value and outperformed the falling market.

The picture is slightly rosier for those wines that are not first growth clarets, with Domaine de la Romanée-Conti, Château d’Yquem and Sassicaia the strongest brands in 2011.

Why the change? According to WineSociete China, China’s leading organisation for wine education, it can be put down to China’s money supply.

In 2009, Chinese banks made almost 10 trillion yuan in new loans, expanding the country’s loan portfolio by a third. In 2010 they lent almost 8 trillion yuan, roughly twice as much as in 2008.

Trillions of yuan, formerly locked up in bank reserves, flowed into the economy, leading Chinese consumers to put their rapidly depreciating currency into hard assets like fine wine.

As lending has declined, so have sources of credit for many of China’s local and privately owned enterprises.

In an attempt to generate liquidity, fine wines are quietly being offered for sale by many Chinese collectors.