Ludlow Brewing Company expansion will see it double in capacity

Ludlow Brewing Company has revealed plans to double its beer capacity as part of its expansion plans this year. 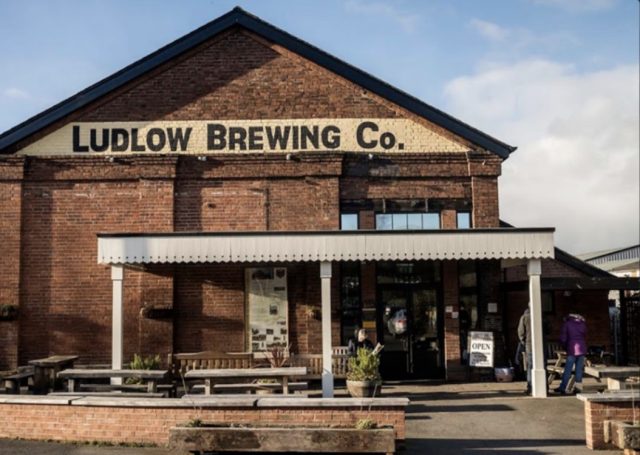 The British brewery, housed in a renovated railway shed in Ludlow Shropshire since 2006, disclosed to local sources that it is currently installing four new state-of-the-art brewing tanks with a plan in place to produce its own lager for the summer.

Ludlow Brewing Company head brewer Cody Palin said: “We’re trying our best to keep our prices as low as we can for customers. Expectedly we’ve had to increase our prices due to the rising cost of energy. The cost of all of our raw-ingredients has gone up 30-40% in 2022. Fortunately we’d been planning this expansion for some time before Covid hit, so financially we were in a good position to begin the project.”

He explained: “At times in the year we struggle for capacity on the brewing side as we want to keep the product as fresh as possible, so even if the tanks were used solely for additional beer storage we’d be in no bad position. As we only deliver within a 50-mile radius currently (excluding wholesalers), securing the additional sales should be a smooth process.

He added that fans of cask ale should be reassured however that the expansion plans will not stop the brewer doing what it does best and any diversification is to support what it already does, rather than cannibalise its success. He stated: “Diversification aside, there will be no change to the core range of real ales, with a continued commitment to producing fine cask beers.”

Ludlow Brewing Company has revealed that it also aims to boost its sustainable brewing credentials over the year ahead with the extension of its solar PV system. At present, the brewery has 184 solar panels on the roof of its cold storage warehouse and has recently tendered for a further expansion to hopefully install another 140 solar panels by the spring.

Ludlow Brewing Company managing director Gary Walters said: “This investment will allow us to scale up production, brewing almost daily if we need to, and help us meet growing demand. It’s been a tough few years, but we’re looking forward to producing some cracking beers in 2023, and our very first lager which has been our ambition for several years. We’re delighted with the performance of our Solar PV system, which has exceeded expectations. And pleased that we can add to the system with more roof space on our recently extended cold storage warehouse. As a business, we strive to be as kind to the planet as possible, so brewing with renewable energy is crucial. Generating our own energy to reduce dependence on energy companies is also a bonus, with crippling cost rises blighting our sector.”