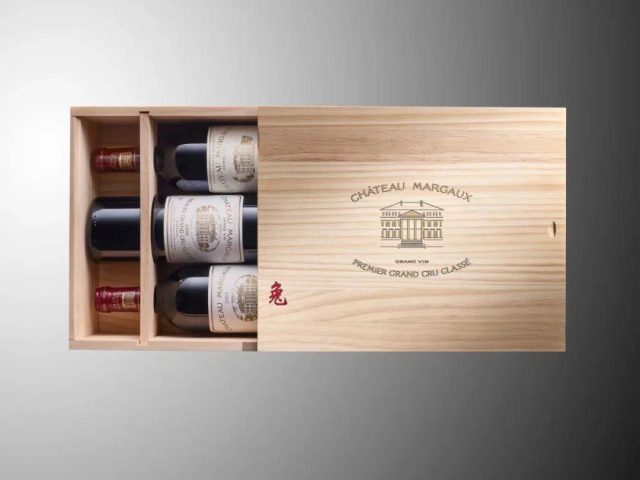 The Year of the Rabbit set from Château Margaux is limited to 100 sets, with each set independently numbered.

The set comprises three bottles of Margaux from the Year of the Rabbit, namely 2011, 1999 and 1987. The wines have been stored in the Château Margaux cellars before release.

The year 2011 was one of the most intense vintages that the winery has ever produced, and the wine is finally starting to show its full potential now; 1999 is one of the château’s favorite vintage for serving its guests; whereas the charming character of Margaux’s 1987 continues to emanate despite the difficult weather of the year.

The wines included in the set are also one of the last remaining stocks of the winery.

All three bottles of fine wines come with security measures and are presented in specially designed wooden cases embossed with the logo of Château Margaux and the Chinese character for “rabbit”.