The world-famous Sauternes producer and boutique wine retailer will be co-hosting an intimate dinner at the Michelin-starred Above at Hide, next to Green Park, on 21 December, pairing a decadent menu with rare wines, including a 211-year-old vintage. 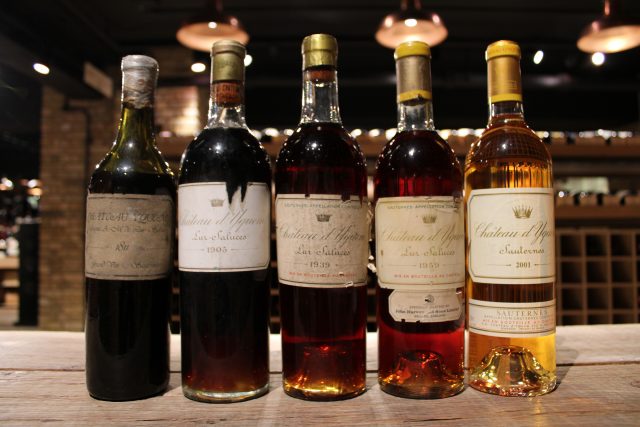 The occasion, marking Hedonism Wines’ 10 year anniversary, will be jointly-hosted by Alistair Viner, Hedonism’s head buyer, and Chateau d’Yquem’s resident Pierre Lurton. The evening begins with 1990 Dom Pérignon, served from a magnum, before then to a selection of rarely-seen-together vintages of Château d’Yquem, including the 100 Parker Point-scoring 2001, 1959, 1905, 1873 and 1811. To put the last one into perspective, it is a vintage which pre-dates Napoleon’s catastrophic invasion of Russia.

The menu to pair with the wines will be prepared by chef Ollie Dabbous, who opened his first restaurant, Dabbous, in 2012, before closing it in 2017 to open Hide.

tempura of the claw with Oscietra caviar

Such an exclusive experience does not come cheap, setting diners back £7,500 per person (this does also include a half bottle of Château d’Yquem 2001 and a pair of engraved Zalto glasses). However, it is certainly rare to have so many high quality wines of that age in the same event. Those willing to fork out that kind of money, which could otherwise buy them the well-used front end of an Aston Martin DB9 on Ebay, can find tickets here.

This article was originally published in Wine List Confidential and has been shared with permission.