Beavertown Brewery has launched a glitter beer named ‘Frozen Neck’ to appeal to consumers in time for Christmas. 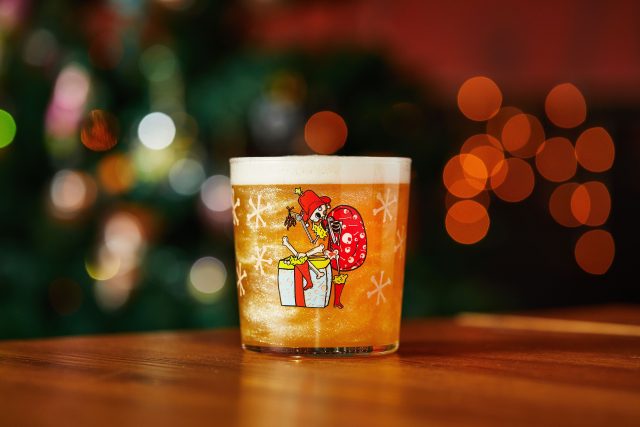 The brewery, now completely owned by Heineken, has released a 4.3% ABV “glittery, zingy, hazy IPA” that has been “infused with edible glitter that with just a swirl, creates a sparkling snowball effect in your glass”.

The beer, which is a seasonal twist on Neck Oil, has been created with “hops frozen immediately after being picked” and, according to the brewer, is “perfect for both naughty and nice beer drinkers”.

Heineken recommends that “for maximum sparkle, be sure to give your can a simple swirl before you pour. Then sit back, relax and enjoy the glitter”.

Beavertown Brewery began its craft beer journey in North London headed up by Logan Plant and, during its independent days, developed a cult following specific to its craft brewery image. An identity that Plant had previously been very vocal on, highlighting its differentiation from corporate macro beer companies that chased trends.

The new deal, signed in September, has since seen the brewery sold to Heineken and marks the beginning of some changes. Most notably, Plant’s absence and Heineken’s complete guidance on what happens next with the brewery, its beers and how it proceeds.

Back in September, a Heineken spokesperson told the drinks business that “the only change to the existing management team will be Logan stepping down and Jochen Van Esch becoming MD. Logan will still be involved as a creative consultant”.

Industry sources said: “There’s innovation in brewing and then there’s novelty. This, I’m afraid to say, feels like the kind of novelty you usually find in a Christmas cracker. Why can’t they stick to brewing good beer rather than all the gimmicks? Not big, not clever. Most people want good tasting beer, so its success will very much depend on how it tastes.”

Sources added: “I don’t know if anyone seriously talks about ‘craft beer’ anymore, but this is the strongest example of many to date that ‘craft beer’ is as gimmicky as any other market, no matter how much people like to protest ‘it’s all about beer’ – and I’d say Beavertown is still considered a craft brewer in the eyes of the consumer – how many drinkers at the bar would know Heineken now owns them? Is this what craft beer fans want? Many want Instagrammability, so perhaps they will want it for about five minutes. One-offs rarely define a company though and NPD is always expected. If it fails, nobody will remember it in three months. Bandwagon-jumping is also expected at this time of year. Next year, it’ll be pigs-in-blankets pastry stouts.”