Copies of Provence rosé on the rise

Bottles and labels emulating the distinctive style of rosé wines from Côtes de Provence are becoming increasingly common, but Vins de Provence says these replicas are “no competition”. 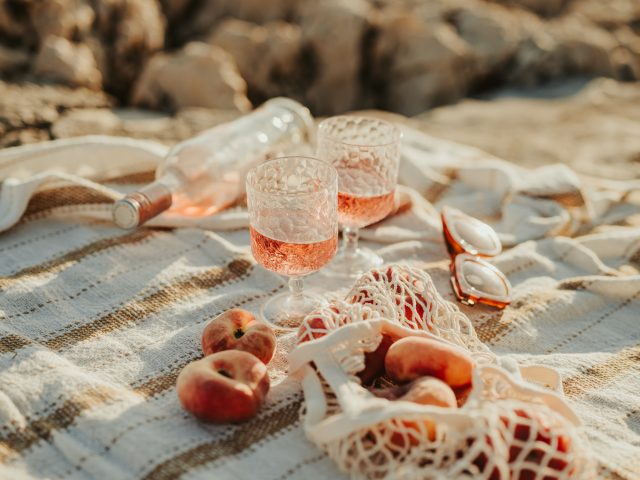 Brands are increasingly swinging on the coat tails of Provence rosé’s success by designing their bottles to look like pink expressions from the region, and naming their wines with words that sound like ‘Provence’.

“Because of our success in the international market we are more and more emulated. In a way it’s flattering, but if they put our name on the bottle then it becomes a legal issue,” Brice Eymard, directeur général, Vins de Provence, told the drinks business.

“We’ve noticed there has been a sharp increase in instances, with more every year. We are seeing copycat cases from other nations, and also from within France – even from within Provence itself from producers that don’t adhere to DO rules.”

Provence’s famously pale pink wines account for around one million of the 24million hectolitres of rosé produced annually around the world, but in order for a wine to be classified as an ‘official’ Provence rosé it must comply with a host of parameters set out by Vins de Provence (CIVP), the organisation responsible for protecting the reputation and quality of the region’s wines, and combatting fraud.

According to the rulebook, a wine must contain less than 3g residual sugar, and use a minimum of two grape varieties, with no single varietal rosés permitted under the DO. Only certain varieties such as Grenache, Cinsault, Syrah and Tibouren, are allowed.

As well as enhancing the flavour profile of the wines, this blending approach has the added bonus of making Provence rosé more difficult to emulate.

“It keeps this interesting profile that you can’t find anywhere else,” says Caroline Benetti, head of marketing and communications for Europe, CIVP. “Each of the juices has its own aromatics so it makes our wines even harder to copy, though it has to be said that we don’t see copycats as a threat.”

With this obstacle making it harder for brands to recreate the taste of Provence rosé, they are falling back on making their bottles look like a wine from the region.

According to Eymard, the DO has seen an uptick in wines with names sounding like ‘Provence’, such as ‘Providence’, with one brand even going so far as to explicitly call its wine ‘Provence’, with the glass shaped to duplicate the aesthetic of a Provence bottle. “I think they were actually from Bordeaux,” says Eymard.

“Before 2013, we exported less than 5% of our wines, and now it’s 45%. Because we started to export much later than some other French regions we have been able to learn from their mistakes and put protection measures in place at the optimum moment, so we are fighting it,” says Eymard.

Even the term “Provence-style rosé”, used prolifically in the media, is potentially problematic. People often use the phrase to denote the paleness of a wine, though “Our rosé is so much more than the colour. It’s about the balance, the length and feel in the mouth.”

Eymard admits, however, that Provence rosé can’t isolate itself to the nth degree. “We can’t be alone,” he says. “We need competitors, we need other rosé producers around the world. We want to be at the top of the pyramid of course, but for that we need a pyramid.”

He acknowledges the Pays d’Oc as a “big volume rosé producer” but says that “we don’t see them as a direct competitor with Provence”.

Similarly, the AOC Languedoc “try to copy us but their vineyards aren’t specialising in rosé production. Even Beaujolais is doing more rosé. Our biggest rival in terms of export values is probably Spain.”

The DO is also home to the only rosé research centre found anywhere in the world, the Center du Rosé, dedicated to intensive R&D around the style.