Drinking two pints of beer every day has been shown could lower your risk of dementia, according to scientists. 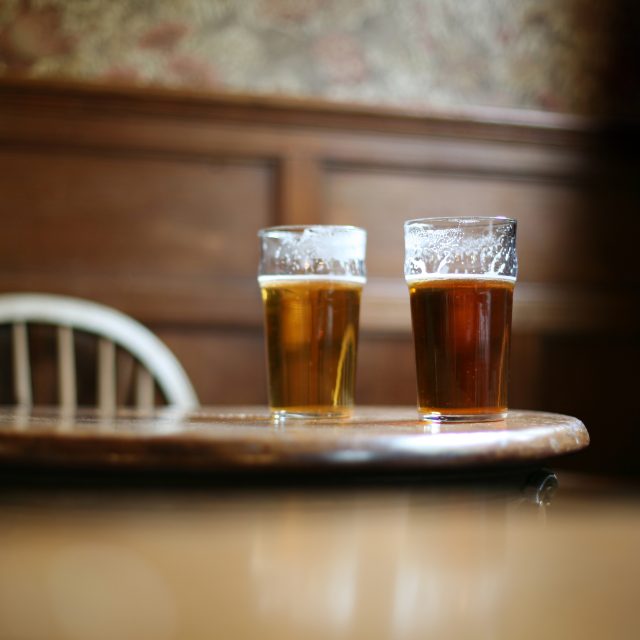 A recent study, led by Australian researchers looking into the drinking habits and dementia rates among 25,000 over-60s, showed those who drank the equivalent of two pints of beer per day were a third less likely to get dementia than teetotalers.

Dementia, which is an umbrella term used to describe a range of progressive neurological disorders which impact memory, thinking and behaviour, can be split into many different types, of which Alzheimer’s disease is the most common.

The results of the study, which showed how non-drinkers faced the highest threat, saw that teetotallers were roughly a fifth more likely to be struck down with dementia than the biggest drinkers, who got through at least three pints each evening.

While the findings showed how abstaining from alcohol carried no protective benefits against dementia, researchers did note that while moderate alcohol consumption may stave off dementia, excessive drinking is still dangerous.

With global dementia rates set to triple over the next 30 years, public health researcher Dr Louise Mewton told reporters that it is ‘fundamental’ to scale back on the risky habits that could contribute to the rise.

Dr Mewton said abstaining from alcohol appears to be associated with a higher risk of being diagnosed with dementia and, according to reports from scientists, alcohol in moderate levels may reduce the the build-up of plaque in the brain, which is linked to the illness. The observations are that its role is to boost levels of ‘good’ cholesterol, while antioxidant-rich drinks may, in turn, protect the heart – which both help to protect against dementia.

According to the researchers, the data was robust and reflects the impact of drinking alcohol on dementia rates worldwide.

Dr Sara Imarisio, head of research at Alzheimer’s Research UK, revealed to national press: “The results showed that people who never drank alcohol had a higher chance of developing dementia than those who did. These results are consistent with previous research on this topic, which also show that heavy consumption of alcohol, as well as not drinking, seems linked to a higher risk of dementia.”

Global dementia rates have reportedly tripled over the last three decades, growing from 20.2 million in 1990 to 57.4 million in 2019 with the surge predicted to continue and an estimated 152 million people suffering from the condition by 2050.

Currently, around 900,000 people are thought to be living with dementia in the UK and the figure is almost seven times higher in the US, with 6.2 million suffering with some form of dementia, according to The Alzheimer’s Society.

There is, at present, no cure for the disease, meaning doctors can only prescribe drugs that help manage the symptoms.