Château Figeac has been promoted to Premier Grand Cru Classés A in the latest revision of the Saint-Émilion Classification, it was announced yesterday. 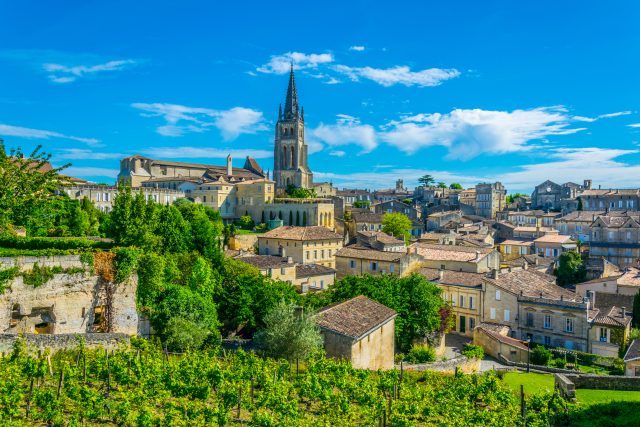 The Saint-Émilion Classification, which was introduced in 1955, is revised every decade and yesterday, the seven-member Classification Commission announced the latest list of crus classés for the the next ten years, comprising 85 properties.

As had been widely anticipated, Château Figeac was promoted to the coveted spot of Premier Grand Cru Classés A – making it one of only two chateaux in the top spot, alongside Château Pavie, which was promoted to ‘A’ status in 2o12.

However there have been controversial withdrawals from the classification over the last two years, with the departure of Premier Grand Cru Classé A estates, Château La Gaffelière (June 2021), Château Angélus (January 2021), Cheval Blanc and Ausone (August 2021) – leading some to conclude that the classification itself is in serious trouble.

As well as promoting Figeac, 16 estates have been named as new Grands Crus Classés, including Chateau Badette, Croix de Labrie and Rol Valentin.

“This encourages us to redouble our efforts, to continue in the dynamic that has been ours for several years,” he said.

According to Liv-ex, Château Figeac was the most traded Saint-Émilion Grand Cru estates after the Premier Grand Cru Classé A châteaux, accounting for 10.8% of wines from St Emilion in 2022, just behind Ausone on 11.3%. Prices for the chateau have also risen 47.1% in the last three years, and it has therefore long been seen as a prime candidate for promotion.

Jean-François Galhaud, president of the Saint-Émilion Wine Council, congratulated  all the properties that now feature in this new classification as well as the the people who worked on them.

“This is truly an outstanding human adventure that relies on teamwork,” he said. “Without a terroir and committed women and men, there can be no great wine. There is no doubt that this new classification will continue to lend prominence to the name of Saint-Émilion abroad.”

Franck Binard, managing director of the Saint-Émilion Wine Council, said the basic rules of the classification were firm on two points  – “tasting remain essential and property tax base is strictly controlled. Though they have evolved with the times.”

He added that nowadays for example it was important to pay special attention to environmental issues. “90% of the estates in Saint-Émilion wine growing area are part of environmental actions (the aim is to attain 100% of the estates certified in 2023). The Crus Classés should show their investment in environment and biodiversity. This contributes to the influence of the appellation and the durability of the classification,” he said.

A classification in crisis: what next for Saint-Émilion

Why is Chateau La Gaffelier leaving the Saint-Émilion classification?

In focus: How Ausone and Cheval Blanc’s exit will affect the Saint-Émilion classification