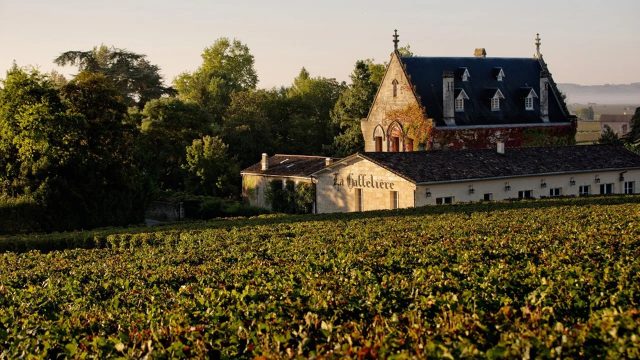 In a statement, the Malet Roquefort family, who has owned the château for more than 300 years, said it no longer recognises “the values in the criteria for evaluating the great terroirs and fine wines of Saint-Émilion as set out by the Classification Committee”.

It said that a first report had “called into question the quality level of our terroir, which has been acclaimed and distinguished by the AOC authorities for more than 65 years”, saying the scoring system put in place for the tasting, “contradicts all the scores that Château La Gaffelière has obtained over many years from the greatest wine professionals”.

As a result, the family had decided to leave the classification without requesting a new examination of its candidacy and without asking to appear before the committee.

“It is now time for us to bow out. We no longer recognize ourselves in this system, to which we are historically attached and which has long honoured us,” Alexandre de Malet Roquefort said.

“We will continue our work as winegrowers, as it has been passed down to us, while respecting the prestigious terroir of Saint-Émilion, producing wines in our own image, recognized and appreciated by wine lovers around the world.”

This follows the news in January that Château Angélus to become the third Premier Grand Cru Classé property to withdraw from the Saint-Émilion classification system, following Cheval Blanc and Ausone in August 2021. They criticised the system, saying that evaluation criteria departed too much from the fundamentals aspects of the terroir, the wine, and the history.

“Other secondary elements have taken too much importance in the final evaluation,” Pierre Lurton and Pierre-Olivier Clouet at Cheval Blanc told journal Terre de Vins  at the time.

Château Angélus followed suit in January, with Stephanie de Boüard-Rivoal, the 8th generation of the family who took over running the estate in 2012, reportedly saying she deplored the current system as “unsuited to the challenges of our domain and its appellation”.

It followed the decision of a Bordeaux criminal court to fine the estate’s co-owner Hubert de Boüard  after finding him guilty of an illegal conflict of interest during the drawing up the classification of Saint-Émilion in 2012, according to a press report quoted in the French newspaper L’Express Style de Vie.  At the time de Boüard held a senior position in the national appellation body, the INAO, as well as a senior figure in Saint-Émilion’s wine body, the ODG.

The classification was created in 1955 as a competitive classification that would be renewed every decade by an independent panel of experts based on pre-published criteria and giving a significant weight to the tasting of the wines themselves. However, over the years it has proved to be controversial.

In focus: How Ausone and Cheval Blancs Frexit will affect Saint-Émilion