With its history, culture and cuisine, there’s truly no place like Rome. But tourists be warned: you could be slapped with a hefty fine if you’re caught eating and drinking near some of the city’s landmarks. 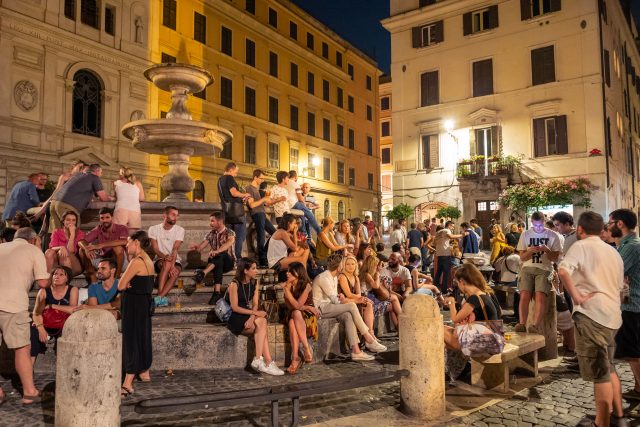 According to La Repubblica, a visiting American was approached by police after midnight for drinking beer and eating gelato (the flavour of which has not been divulged) while sitting by the historic Fontana dei Catecumeni, in the Piazza Madonna dei Monti. When he ignored their requests to move they handed him a €450 fine.

The unnamed 55-year-old reportedly said: “I didn’t know the rules, I didn’t know I couldn’t sit down. I didn’t understand what you were saying to me”. But his pleas fell on deaf ears and the fine remained.

Though Rome is known as the ‘Eternal City’, the preservation of its heritage is an ongoing struggle. During the day, the 16th century fountain is taped off in order to protect it from tourists who may sit on and damage the structure. Despite standing the test of time since Battista Rusconi completed it in 1589 (and being renovated in 1997), there is concern from the Roman authorities that picnickers could cause damage to the site. It is unclear precisely why the tape had been removed on that particular night.

Rome certainly has no shortage of fountains – supposedly more than 2,000 – but the rules about what visitors can and cannot do around some of the more historic ones are rigid. Earlier this year, two Dutch tourists were fined more than €1,000 for channeling Marcello Mastroianni and Anita Ekberg in La Dolce Vita and going for a splash in the Fontana di Trevi.

If the beer-drinking tourist does let bygones be bygones and returns to Rome, he should probably also avoid the Colosseum, as well as fountains – last year two American tourists broke into the ancient amphitheatre to drink and also received a substantial fine.