The unfolding drama in Downing Street leaves retailers in the lurch over how to set prices, and consumers unsure of just how much to tighten their belts. 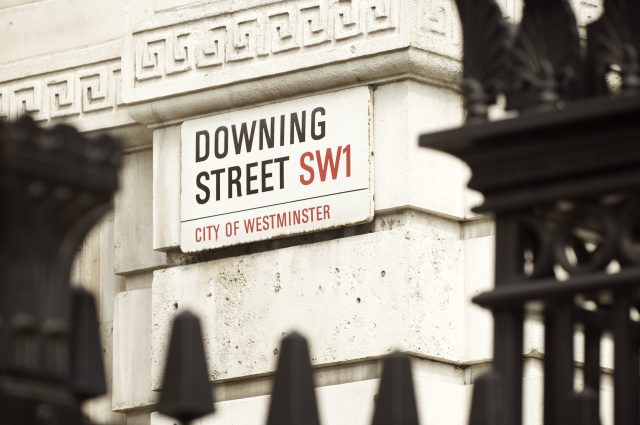 One thing is certain, Boris Johnson has created a summer of uncertainty for wine and spirits producers and retailers.

Come the crucial late summer selling-in period for Christmas nobody will know who holds the purse strings in 11 Downing Street, whether or not there will be tax cuts or belt tightening in an autumn Budget, or even what level sterling will find as the political dust settles around Westminster.

Meanwhile, the price of raw materials is rising relentlessly and transport costs are at their highest ever due to fuel price increases and shipping shortages. Inflation is currently at 9.1% and is certain to move above 10% in the next couple of months.

In attempts to stem prices from soaring any further, the Bank of England is expected to double interest rates to about 3% in stages by Christmas, hitting borrowers and mortgage rates.

In addition, consumer energy bills will once again increase massively in October.

Sterling has lost 11% against the dollar this year but only 4% against the Euro, partly because of a post-Johnson strengthening on the hope that relations with the European Union will become less fractured once his successor takes over.

Johnson and former Chancellor Rishi Sunak were due to give a joint view this week on what extra action they planned to bolster the economy, but that is now unlikely to happen as interim Chancellor, Nadhim Zahawi, has only just got his feet under the Treasury desk.

Parliament is about to go on holiday for longer than most schools, so little meaningful action can be taken on the economy other than what has been approved already by MPs.

That is the background against which companies are assessing by how much, and on what lines, they can successfully push through price increases to protect further margin erosion.

All the major drinks companies said earlier this year that they expected to increase their prices. How far they go remains to be seen.

And despite the current run of warm weather, the backdrop for consumer spending is not exactly encouraging.

A relentless cost of living crunch, the prospect of a recession and stagnant wage growth has driven pessimism to new depths.

UK consumer confidence has dropped to minus 41 points in the latest much-watched monthly survey produced by research group GfK; the lowest reading since it started the survey almost 50 years ago.

Confidence about personal finances over the next year has dropped to minus 28 and the public’s assessment of the prospects for the British UK economy has collapsed, falling by 18 points compared to June last year to minus 65 points.

Despite the threats of walkouts to back demands for higher wages (adding to the disruption and uncertainty) real pay is predicted to lag behind increased living costs, at least for the rest of this year, prompting consumers to find cuts in their spending patterns and pushing the UK into recession.

Analysts predicted confidence will erode even more as the year drags out.

“With prices rising faster than wages, and the prospect of strikes and spiralling inflation causing a summer of discontent, many will be surprised that the {confidence] index has not dropped further,” Joe Staton, client strategy director at GfK, said.

“Britain faces a stark new economic reality and history shows that consumers will not hesitate to retrench and tighten their purse strings when the going gets tough,” he added.

At the weekend an Office for National Statistics survey found that nine in ten adults had experienced a cost of living increase in the past month and half said they had cut their spending on food as a result.

And there is a battle raging between retailers and producers over pricing.

Many of Kraft Heinz’s leading items disappeared from Tesco’s shelves recently in a wrangle over higher prices the manufacturer wished to impose.

That has now been settled, but Britain’s biggest retailer still remains at loggerheads with Mars over prices and the producer has halted some supplies.

These disputes are undoubtedly the tip of the iceberg over who will bear the brunt of slimmer margins as consumers count the cost of the inflationary backdrop and pare back their spending.

Although none have been openly reported, keen negotiating between big drinks producers and the major retailers are inevitable.

Among the big retailers Sainsbury has pledged £500 million in price cuts to aid consumers, but only so much can come from efficiencies. The supermarkets will seek to squeeze suppliers’ margins just as they are striving for price increases to protect their own.

Earlier this year, Groceries Code Adjudicator Mark White began investigating the tactics being deployed by supermarkets to fend off price rise requests from suppliers battling to protect their businesses.

He asked suppliers to report any “refusal to consider a cost price increase” or “unreasonable delay in agreeing or in implementing an agreed CPI”.

Those pressures can only mount as spending tightens and the plight created by the political limbo deepens.