When advertisements for a Voodoo Ranger IPA Action Park started popping up in a local Napa newspaper, residents were quick to vent their fury over the perceived blight on California’s wine country. 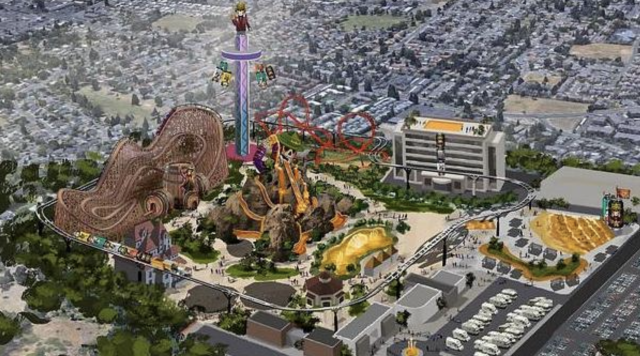 After a recent series of full page ads were reportedly run in local newspaper the Napa Valley Register, Napa residents were left aghast at the supposed plans.

The adverts promised “136 acres of beer-powered fun” that would include the highly ambitious-sounding “world’s first beer-powered flume ride”.

In a city known the world over for its wine, it was never going to wash.

Residents leapt into action, organising protests to demand the theme park be built elsewhere, while the Not in Napa Facebook group is said to have handed out signs that read “Stop the beer park”.

Members of the group said they were invited to focus groups where people were warned the theme park could attract 40,000 visitors a month and hold three fireworks shows per night.

And one reader wrote to the Napa Valley Register to express their dismay at the “series of full page ads”, presumably from Voodoo Ranger.

“Like most Americans, I strongly support the principle of free speech,” he wrote.

“The recent series of full page ads . . . featuring a beer-spewing laughing skull, pushes the limits of my tolerance. What in the world is with this Voodoo Ranger assault upon the minds of folks who are just trying to read the newspaper?!”

However, it seems likely that the whole thing is nothing more than a large-scale practical joke/ PR exercise.

Napa’s planning commissioner, David Morrison, told the San Francisco Chronicle: “There has been no identified source for where the water would be coming from for an amusement park in the midst of a very serious drought.” He said it seemed likely the advert was merely a “bad joke, in extremely poor taste”.