Wine made from local grapes were stored in waterproof jars during the Roman period, scientific analysis of ancient pots has revealed. 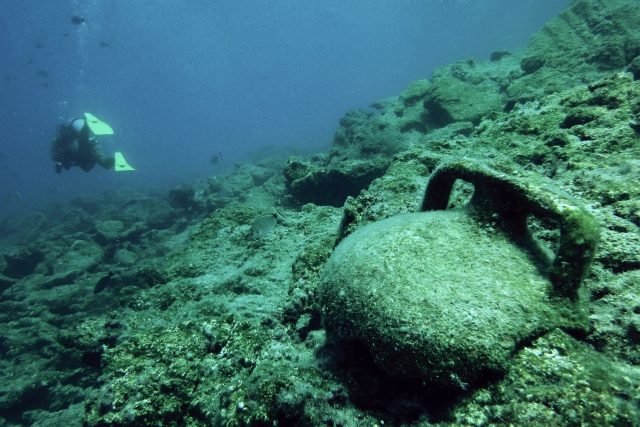 A team of researchers at Avignon University in France has discovered that local grapes were used to make red and white wine during the Roman period.

Scientists examined three Roman amphorae that were extracted from the seabed in 2018. The large wine jars were conserved in a deposit located near the modern harbour of San Felice Circeo in Italy, just 90km southeast of Rome.

The researchers identified plant residue, pollen and a combination of chemical markers which provided evidence of the types of grapes used to make wine, and informed a new theory on how the wine was stored.

Analysis of the pollen found in the amphorae revealed that the wine contained within the pots was most likely made using local grapes.

The researchers said of their findings: “Based on the finds of aporate Vitis pollen, found also in local modern and Middle Pleistocene samples, we hypothesise the use of autochthonous vines.”

The research also uncovered the use of pine resin lining the inside of the wine jars. The Avignon University researchers theorise that the material was used in ancient times to make tar, providing a waterproof layer to protect the wine stored inside.

Pine tar may also have been used to add flavour to the wine, the researchers have said.

Tar used to seal the jars was not local to the area, unlike the grapes used to make the wine. Analytical chemist Louise Chassouant, who led the study, along with her team of researchers, believe that it was likely imported from Calabria or Sicily.

The study aimed to develop a methodology to study other ancient artefacts as well.

The scientists who conducted the study said of their research method: “We anticipate our study to encourage a more systematic multidisciplinary approach regarding the analyses of wine amphorae.”