Pernod Ricard is set to invest €50 million over the next four years towards making its Irish Distillers’ Midleton Distillery carbon-neutral. 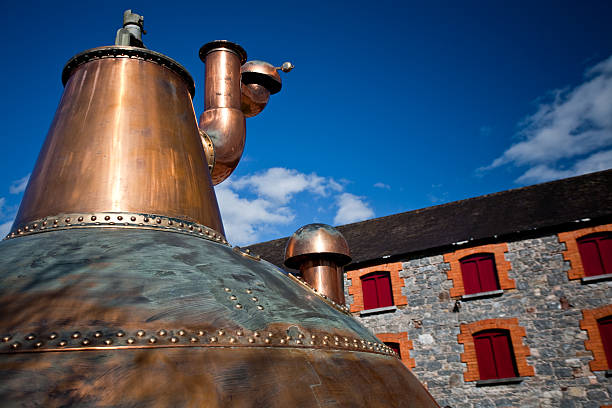 The project, which will see the drinks giant phase out use of fossil fuels at the Irish whiskey distillery, has been set out to eliminate scope 1 and scope 2 carbon emissions by the end of 2026.

Irish Distillers has already recently invested in boilers that require less fuel and has revealed Pernod Ricard aims to use mechanical vapour recompression technology to create a closed looped system in a bid to capture and recycle its waste heat during distillation.

The plan involves the first three phases reducing emissions by up to 70% with the final phase seeing it partner with EI-H2 to begin using renewable sources of energy, including green hydrogen and biogas as its alternative power source.

The business’s move to carbon neutrality follows extensive research in partnership with MaREI energy institute in UCC, in an effort to determine the biomethane potential of the byproducts of distillation and design the required anaerobic digestion process necessary to produce biogas.

As part of the company’s broader sustainability goal, Pernod Ricard has completed a mapping exercise of its carbon footprint and committed to working with suppliers on projects and initiatives to reduce scope 3 supplier emissions across all areas of its business, including raw materials, dry goods, transportation, logistics and freight.

Irish Distillers chief executive and chairman Conor McQuaid, said: “We understand our long-term future depends on reducing our reliance on fossil fuels. This plan was many years in the making, and we understand that there are many more years ahead to reach our goal.”

Irish Distillers operations director Tommy Keane explained how “an area that we cannot ignore is how we power our distillery” revealing that “the technical challenges the team face” in transforming its operations at Midleton Distillery to become carbon neutral are “considerable” but that “with the help and support of our partners at home and across the globe, this is possible”.