Napa Valley has quietly approved a Micro-Winery Ordinance law, allowing small farms to sell wines direct to consumers. db explores what this means for the region. 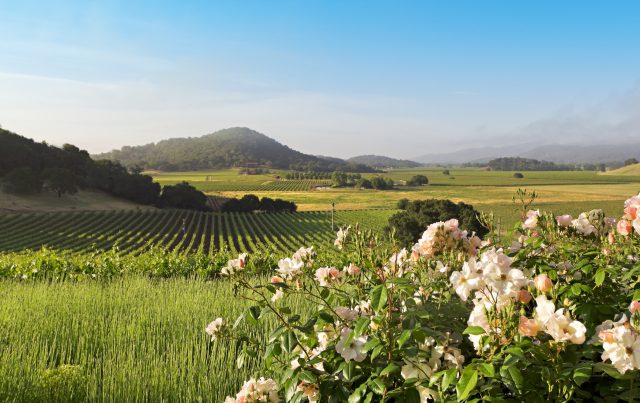 It may not have bagged many column inches outside of Napa, but a modest change is set to make a big difference to small producers in the Valley.

Following four years of lobbying, the Micro-Winery Ordinance was unanimously passed by Napa County in March 2022, allowing the owners of qualifying parcels of vineyards, who wish to produce less than 5,000 gallons of wine, the ability to pursue a streamlined application process through Napa County.

The new ruling means it will essentially save applicants time and money as they move through the existing winery use permit process.

However, while the term ‘Micro-Winery’ might sound like the law would be applicable to tiny winemaking operations, the ruling does not extend to parcels that are less than four hectares in size.

The change came about thanks to the efforts of 25 small Napa producers who banded together to form a nonprofit called Save The Family Farms. Those producers, including Hoopes Vineyard, Chaix Wines and Hill Family Estate, have worked for the last few years to push the legislation through.

It came in response to increasing numbers of small, family-owned farms being forced to sell or close their operations in the last five years due to being crippled by the cost of obtaining a wine permit. Without one, they were not permitted to carry out tastings or sell their wines from their own sites.

According to Wine Enthusiast, a traditional winery use permit costs an average of US$5 million, and is intended for wineries producing 10,000–20,000 gallons of wine a year.

The new Micro-Winery permit is designed for producers making between 201 and 5,000 gallons of wine per year from estate vineyards. At least 75% of the fruit used to make their wines must be grown either on the property or on contiguous parcels under the same ownership.

Applying properties must be no more than 5,000 square feet in size, and the permit applied to the property, not the owner, meaning if the property is sold, the permit remains valid for the new owners.

The Micro permits will be evaluated by a zoning administrator, as opposed to the five-member plannning commission required for a standard winery permit, which should help to speed the process along.

“I think it’s a favorable thing in that it makes it more affordable for a small farmer to also make wine, which is a more-profitable business than grape growing,” US wine and food writer Roger Morris told the drinks business.

“The issue in Napa for years has been how to manage the proliferation of tasting rooms, more so than the wineries per se, which has led to overcrowding and horrendous traffic jams. One solution has been to have tasting rooms in Napa city and there are now dozens of them. It sounds like that these permits will allow tasting rooms, but with limited flow.”

The Ordinance took effect in mid April 2022 and will be re-evaluated in three years time.