Josh Jensen, the founder of Central Coast’s Calera Wine Company, and pioneer of California Pinot Noir, has died at the age of 78. 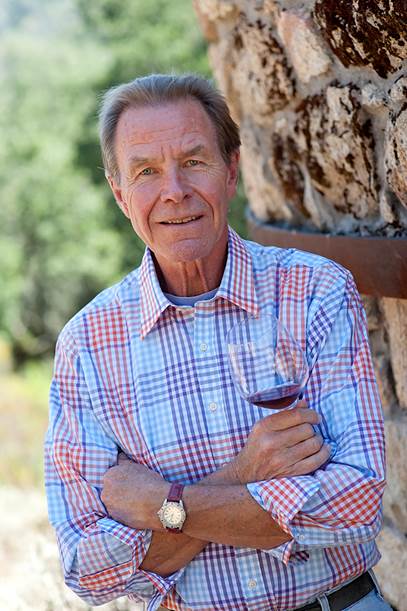 Founded by Jensen in 1975, Calera helped to establish Pinot Noir in California’s Central Coast as one of the great North American varieties, taking his inspiration from the great domaines of Burgundy.

Sold to US-based Duckhorn Wine Company in 2017, Jensen remained involved in the business until the end, taking up a position on The Duckhorn Portfolio’s board of directors.

Daughter Silvie Jensen described her late father, who passed away peacefully at his home on Saturday, as “a true original”.

“I’m not sure my words are adequate to express my love for my dad and how much I will miss him,” she said.

“He was larger than life, a dreamer, an idealist, a generous spirit, a man dedicated to his friends, community, and family, and above all to the ideals of friendship, truth, fairness, good food and wine, and stewardship of the land. We will all miss him tremendously.”

Following the completion of his undergraduate studies at Yale in the early 1970s, Jensen discovered his passion for wine while studying for a master’s degree in social anthropology at Oxford.

Inspired by his time in Europe, Jensen headed back to California, bringing with him a passion for Pinot Noir. In 1974, he discovered a plot of limestone soil he had been looking for since two years prior on the steep slopes of Mt. Harlan, a 3,278-foot peak in the Gavilan Mountains that divide Monterey and San Benito counties. 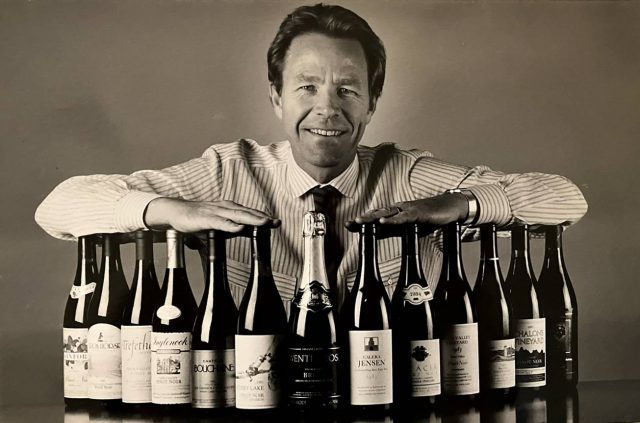 In 1978, these vineyards yielded their first small crop, resulting in Calera’s debut trio of vineyard-designate Pinot Noirs. In the years that followed, Jensen established his own Calera Pinot Noir clone, and planted three more small vineyards on Mt. Harlan: Mills, de Villiers and Ryan, as well as small blocks of Chardonnay, Aligoté and some of the earliest plantings of Viognier in California.

Mike Waller, who was appointed the winemaker for Calera by Jensen in 2007, said of his legacy: “In the 1970s, when Josh began planting his first vineyards on Mt. Harlan, Pinot Noir was barely relevant in California—and site-specific, terroir-driven Pinot Noirs even less so. But Josh had a dream, and he stuck to it, never wavering.

“When you worked alongside Josh, knew him, or even just tasted his wines, it was easy to become a believer in Josh’s dream of creating California Pinot Noirs that could stand alongside the world’s best. Over the years, I’ve had numerous winemakers tell me that they make Pinot Noir because of Josh. He showed generations of vintners and winemakers the way.”

Josh Jensen is survived by his three children, Silvie Jensen, Duggan Jensen, and Chloe Jensen, and five grandchildren. A remembrance book will be available at the Calera Tasting Room for the next four weeks for anyone wishing to share a message, or condolences. The books will then be given to the Jensen family.