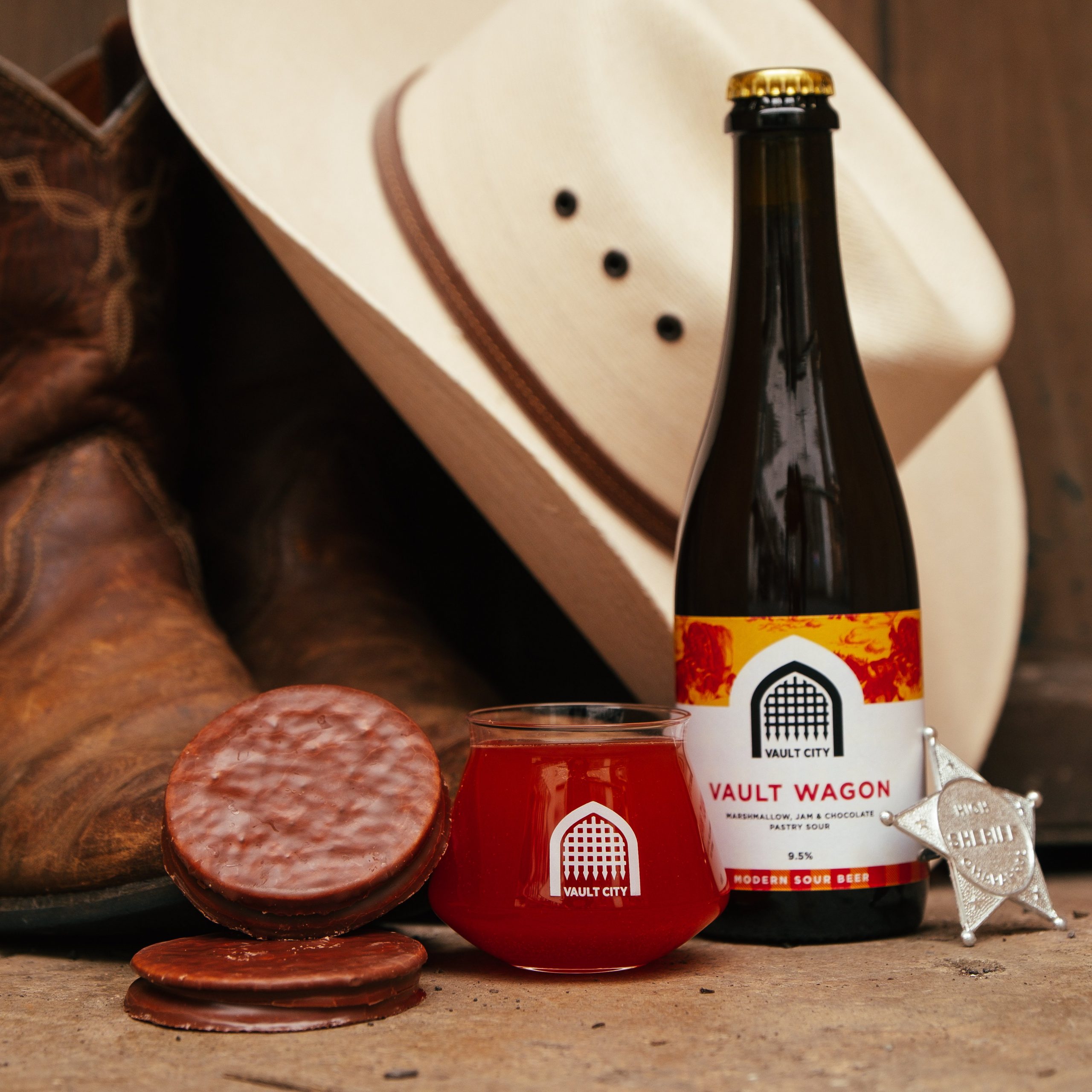 But with an ABV of 9.5%, this vegan friendly pastry sour should definitely be kept away from children.

Smith-Hay said of the new brew: “Wagon Wheels were a childhood favourite of mine, so they immediately came to mind when planning our new release.

He noted that the brewers at Vault City are always keen to “challenge what people would typically expect from a beer”.

“Combining the taste of juicy strawberries, dark chocolate, sweet biscuit and fluffy marshmallow with our sour base beer was a great way to do that,” he said.

Smith-Hay added: “We’re wheely excited about this one – if there’s a better beer, it can’t be found.”

Earlier this year the company launched its first-ever core range across 200 independent bars, pubs and taprooms across the UK. It is now available in more than 600 Tesco stores nationwide.

Beer remains the most popular choice of alcoholic drink in the UK, accounting for more than £7.1 billion pounds of spending in 2020.

From next month, Vault City will switch to predominantly can-only releases, as the beer bottle shortage pressure mounts.

Smith-Hay said of the issue: “We’re paying roughly 65 pence per bottle just now, which is around a 15 pence jump on what we were paying six months ago. If you think about the volume of beer we’re bottling even as a microbrewery, the costs really start to pile up. It’s just not viable to keep going in that direction.”