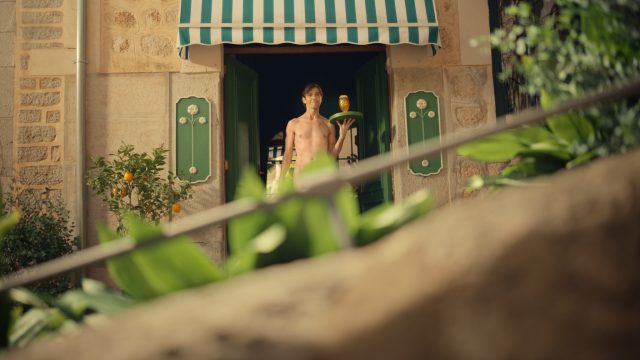 The TV campaign will be supported by print, social media and out of home content under the tagline, ‘Beer, au naturel’, including a cover wrap for urban newspaper Metro showing two locals enjoying a drink together in the buff.

The 30 second advert, which has been created in partnership with Mother London and Anonymous Content, tells the story of a European town where the people live “as naturally as the beer they drink”, comfortable in their own skin – and not much else. It includes a reimagined version of the music from ‘Jean de Florette’, which was used in a popular ad campaign in the 1990s? re-recorded with a fresh, lively new twist.

Meg Chadwick, senior brand manager at Stella Artois Europe explained that few  people are aware that beer originally wasn’t filtered, and the team were excited to be taking beer back to its roots with the launch of Stella Artois Unfiltered.

“Our campaign ‘Beer, au naturel’ speaks to the truth of our naturally unfiltered beer – a lager in its most natural form. A beer as fresh and flavoursome as this, deserves a truly unmissable campaign – so why not showcase the beauty of being real, authentic and ‘au naturel’?’’ she said.