La Fiorita Brunello – overcoming sexism and not compromising on quality

Richard Woodard meets Natalie Oliveros, owner of Brunello di Montalcino estate La Fiorita to talk about the challenge of overcoming casual sexism and not compromising on the important things in winemaking. 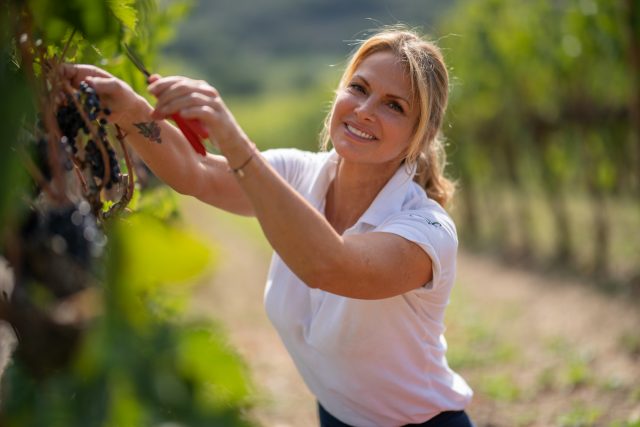 Sometimes the world seems to have made great strides in the field of gender equality; sometimes not so much. Natalie Oliveros bought a stake in Brunello di Montalcino estate La Fiorita more than a decade ago, and has owned it outright since 2014. Nonetheless, some coverage focuses more on her previous career (exotic dancer and adult movie star) than on the wines she now sells. And then there is the casual sexism Oliveros encounters at trade events and tastings.

“People will say to me: ‘So, do you work for the importer?’” she says. “I say no, I own the winery. Then they’ll say: ‘So your family owns it then?’ Or: ‘So your husband owns it?’ It takes many times to explain it.”

Oliveros traces her connection with Italy and wine back to her childhood in New York state, making wine with her father in the basement, and making pasta in the kitchen with her Calabrese nonna. But, ironically, it was Oliveros’ ex-husband – Daniel Oliveros of Royal Wine Merchants in Manhattan – who introduced her to Italian consultant winemaker Roberto Cipresso, one of a group of friends who had established La Fiorita in 1992. Cipresso and Oliveros collaborated on a line of Italian wines called Sogno (dream), before Oliveros bought a stake in La Fiorita in 2011.

Full acquisition in 2014 has brought a steady accumulation of vineyard plots in the region, and a new winery built in time for the 2019 harvest that, stylistically, bears Oliveros’ hallmark – “Montalcino meets Miami”, to quote Italian wine expert Walter Speller.

Beyond the colour scheme, the production facility aims to maximise the potential from La Fiorita’s four vineyards, which now total 11 hectares, with concrete maceration tanks, the use of native yeasts and barrels designed to be in tune with the range of soil types.

Wines from clay soils are matured in large Slavonian oak, and there is much use of French oak sourced from high altitudes, bringing a tighter grain and a more gradual influence from the wood. “I love the direction that the wines are growing in,” says Oliveros. “There’s an elegance to them that I really enjoy.” 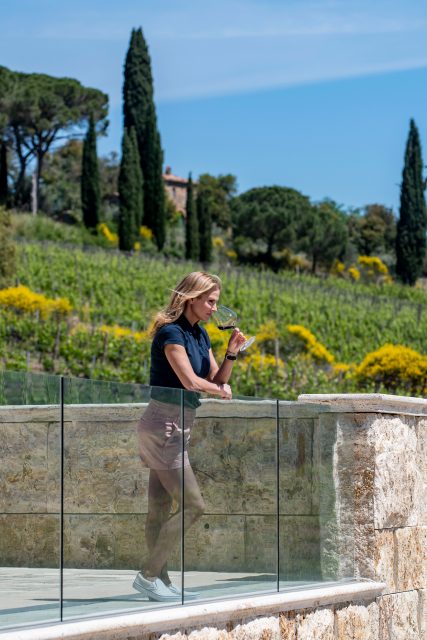 That’s partly due to the winemaking, and the influence of consultant Maurizio Castelli, who has worked with La Fiorita since 2015. “We did a lot of meticulous work in the cellar, and I think it’s very approachable and generous as a result,” says Oliveros. “I think it’s made to enjoy right now, and not necessarily to be put away.” (For his part, Speller has outlined the paradox of the best Brunellos from 2017, that they have generosity, but are nonetheless still at an embryonic stage.)

Producers are exploring a number of techniques to combat the effects of climate change, from improved canopy management to planting at higher altitudes (rule changes in this area from the consorzio are thought likely), higher yields, some early picking to adjust the blend and, when permitted, the judicious use of irrigation.

But in a region as diverse as Montalcino, owning vineyards in different locations can both spread the risk in challenging harvests, and bring complexity to the final blend. In La Fiorita’s case, the vineyard mix includes Pian Bossolino (in the east of the region, at 360 metres altitude, with soils of clay/loam/galestro); Giardinello (south, 250m, sand/clay/loam); and Poggio al Sole (south, 220m, red and grey clay).

The winery also uses about 35% bought-in grapes for its Rosso di Montalcino bottling (current vintage 2019), which Oliveros describes as a great way to get excited about a new vintage “because Brunello is a waiting game”.

All four of La Fiorita’s vineyards (the fourth being La Fiorita itself) provided fruit for the 2016 Brunello – referred to by Oliveros as “a five-star year”, and a wine that combines great weight and depth with an elevated balsamic, even minty, character. Meanwhile, the Riserva from 2016 is a single-vineyard wine sourced – as is often but not always the case – from Pian Bossolino, which conveys a perfumed, soft and restrained character with plenty of potential longevity.

Since taking over the estate, Oliveros has also introduced two new wines to La Fiorita’s range, including Ninfalia, an IGT Toscana Rosato made from early-picked grapes and left in the winery’s concrete egg for seven months before bottling. A conflation of ninfa (= nymph) and Natalia, the Italian form of Natalie, the wine was first made in 2019, but its launch the following year was disrupted by Covid-19. After skipping the 2021 vintage, Oliveros plans to make the wine again in 2022.

The other newcomer is Fiore di NO, a blend made in tiny quantities from the best years using what Oliveros calls “the sweet spot” of La Fiorita’s vineyards. First produced in 2015, in the 2016 vintage it combines fruit from Pian Bossolino, Giardinello and Poggio al Sole, spending two years in 26-hectolitre French oak bottes and 18 months in bottle.

The “NO” name is an obvious reference to Oliveros’ initials, but it has a multiplicity of other meanings for her too. “I wanted to make my own blend,” she says. “How do I put my thumbprint on this wine, with a vintage like 2016 that is so extraordinary? There’s no compromise in the vineyard, no compromise in the cellar. It also stands for no chemicals [La Fiorita has been managed organically since Oliveros acquired the estate, and was certified in 2019].

“After all, there is power in ‘no’. If I had learned that earlier in my life, I probably would have saved myself from a lot of uncomfortable situations.”