A possible breach of charity law has resulted in Otterbeck Distillery removing a £100 Captain Tom-branded gin from its online shop. 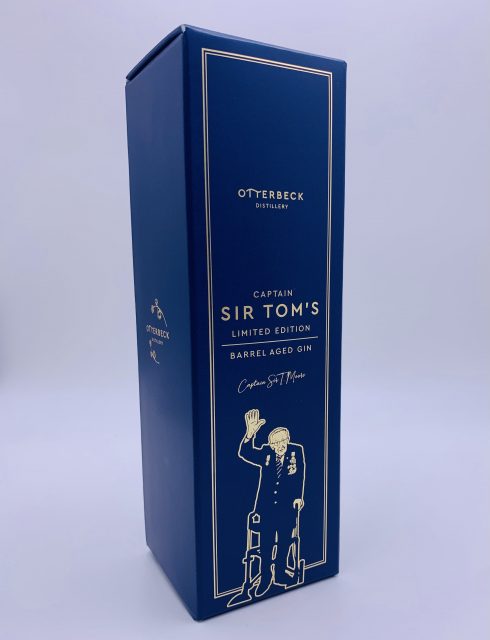 Tom Moore shuffled into the limelight in April 2020 when he walked 100 lengths of his garden in the run-up to his 100th birthday to raise money for NHS Charities Together.

However, according to an investigation by The Independent, his legacy has been somewhat overshadowed since his death in February 2021 by allegations surrounding the charity set up in his name.

In particular, payments to companies connected to his daughter and son-in-law, Hannah Ingram-Moore and Colin Ingram, have drawn attention from several regulators. Attempts were also made to appoint his daughter as the charity’s CEO on a £150,000 salary.

A commercial partnership between the charity and Otterbeck Distillery in Yorkshire was announced in November 2020, after Moore visited the site in August.

Though in December 2020, Civil Society News raised questions about the £35.95 Captain Tom-branded gin, mainly concerning the percentage of money to be donated to charity not being disclosed at the time.

A spokesperson for the foundation said that the amount donated “depended on the success” of the product. It has been suggested that this goes against the 1992 Charities Act, which dictates that products being sold to raise funds for a charitable cause must clearly indicate the amount from each sale which is donated.

Despite these concerns, in April last year a Captain Tom barrel-aged gin retailing for £100 was released. “All profits” from sales were to be donated to the foundation.

A Twitter post from Otterbeck Distillery at the time said: “Happy Birthday @captainsirtom. Here is our 100!! 100 bottles of SPECIAL EDITION BARREL AGED CAPTAIN TOM GIN. Distilled by us here at Otterbeck. Available to pre order on our website. Link in bio. Don’t miss out……..All profits go to the Captain Tom foundation. £100 +delivery.”

It’s #GinOClock time to try @captaintommoore gin cocktail made with his excellent gin from @OtterbeckD.

When The Independent recently queried Otterbeck Distillery, the limited edition gin was promptly removed from the online shop. A statement issued last week said: “Otterbeck expect, after duty and production costs, around £30 from each bottle sold will go to the Captain Tom Foundation. Not all bottles of the limited edition of 100 have so far been sold.”

Bottles of £35.95 Captain Sir Tom’s London Dry Gin are still available from the Otterbeck Distillery’s website, with the product description claiming that the spirit was inspired by the “botanicals that grow with abundance in the hills and dales where he roamed in his youth.” The website also now clarifies that £1 from each bottle sold goes to the Captain Tom Foundation, which is currently seeking a new CEO.

Official enquiries into the charity are ongoing.