Billecart-Salmon, while renowned for its rosé Champagnes, is putting the emphasis on Blanc de Blancs styles this year, says CEO Mathieu Roland-Billecart. 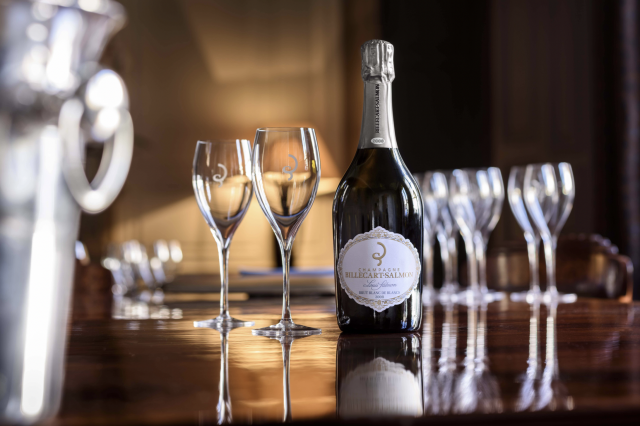 Speaking in London at the launch of Billecart’s Louis Salmon 2008 Blanc de Blancs, he noted that Billecart had been less affected than many other houses by large fluctuations in its sales during the Covid pandemic.

“While the overall market was down by around 18% in 2020, we sold pretty much the same volume, maybe just 2% less. So, when demand for Champagne generally picked up strongly in 2021, that created some challenges for us as we didn’t have spare unsold bottles. Then we had the low maximum yield set for the 2020 harvest of 8,400kgs/ha, followed by the not large 2021 harvest. We’ve always been lucky enough for demand to outstrip supply, but now it’s insane.”

“We have to be disciplined at Billecart-Salmon and slow down sales to protect quality. Our Brut Sous Bois has been out of stock now for six months because the next, 2014 based wine, isn’t ready yet. We only launched the 2015 based Grand Cru Blanc de Blancs in the first quarter of this year. It has had five years on its lees and it’s older than many vintage wines on the market today. You can’t cheat with grand cru-based wines, they have to have time. Time is the one element you can’t fake in Champagne. But some houses have already launched prestige cuvées from this vintage [2015].

“Our first vintage Blanc de Blancs dates from at least as far back as 1964, I suspect longer, but we don’t have the records to show that. When we first decided to elaborate a Grand Cru NV blend with the 2000 harvest base — prior to that we didn’t have enough spare Grand Cru Chardonnay to make it — François [Roland-Billecart] my predecessor, decided it had to be a mind blowing one.”

“It’s usually based on the four grands crus in the Côte de Blancs we favour for our style: Chouilly, Cramant, Avize and Le Mesnil. We also have smaller holdings in Oiry and Oger, but the latter’s richer fruit is harder to use in the Blanc de Blancs NV. The Chouilly fruit provides finesse, elegance, and balance, really suiting our style, it is a bit more floral, while Avize is more about chalky minerality, with Mesnil providing more structure and depth. Mesnil is particularly important in the Louis Salmon.

The new Louis Salmon 2008 Blanc de Blancs, which follows on from the 2007 vintage, Roland-Billecart describes as a “classic champagne year, in terms of style. It wasn’t a particularly sunny or hot year, the harvest started around 25 September and ended on 8 October. It was a dry year, but not a high maturity one, the potential alcohol level we picked at was 10deg.” The blend is Chouilly 40%, Cramant 33%, Mesnil 20% and Avize 7%, with around one third barrel fermented and a partial malolactic, disgorged in May 2021 with 7gms/l dosage.

Billecart changed the name of the wine to ‘Cuvée Louis’, in celebration of Louis Salmon, during their bi-centenary celebrations in 2018 when the 2006 vintage was launched. Brother of Elisabeth, his contribution in creating the Billecart brand was previously unrecognised, but historical documents recently unearthed revealed that he was in effect the first chef de cave of the house.

However, to avoid any potential clashes with other similar names used by other houses the name of this vintaged Blanc de Blancs has now evolved into Louis Salmon, and the prestige cuvée rosé ‘Elisabeth’ has become Elisabeth Salmon, while the third prestige vintage line for the house remains as Nicolas François.

The fact that Roland-Billecart chose to show the new 2008 vintage release alongside two previous particularly fine vintages of the same wine, 1996, when despite all the hype few other houses actually made great champagne, and 1988, says a lot about how he thinks it will develop. The extra lees ageing it has been given – he feels that many 2008 vintages were released much too early – really helps and on first tasting it already has all the hallmarks of great wine, with the potential to develop the multi layered complexity ’96 and ’88 show to magnificent effect. 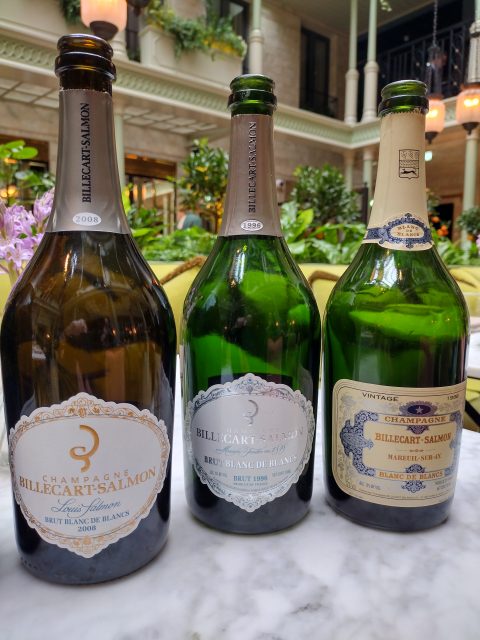