No to waste, yes to whey: Alcohol made from cheese byproduct

Wheyward Spirit is taking a zero-waste approach to spirit making with their efforts to make use of the liquid left behind when cheese curds are formed. 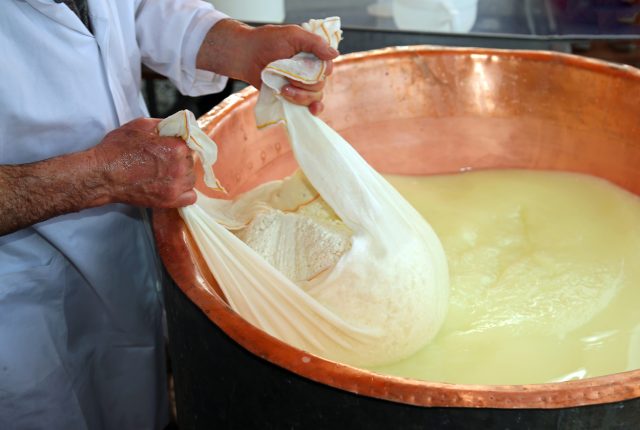 The process involves the lactose sugar which remains in the whey being fermented into alcohol. However, the California-based distillery insists that it is a “specialty spirit”, breaking the conventions of vodka making to create an 80 proof spirit which isn’t vegan, but is lactose and gluten free.

The company began as a startup, and launched their first spirit in 2019. Emily Darchuk graduated with a masters in food science from the University of Oregon, and set out to make a difference. Examining the carbon footprint of grain-based spirit production, and the reality that 90% of the mass of milk used in cheesemaking ends up as whey, Darchuk decided to kill two birds with one stone.

The 40% ABV spirit went on to receive a Good Food Award and significant attention. CNN Business suggested last week that the product could address the issues surrounding the wastage of whey in the dairy industry. The Highland Cow which adorns the label may suggest that they fly milk in from Scotland, but Wheyward works with local cheesemakers, and claims to have repurposed half a million pounds of whey in the last year and a half.

They have also hit the headlines recently due to their partnership with Vermont-based ice cream juggernauts Ben & Jerry’s on the revival of their “Dublin Mudslide” flavour, which now contains a dash of Wheyward Spirit to cut through all the chocolate and fudge.

For those fearing that the drink on its own may taste somewhat cheesier than spirits should normally be, Wheyward states that there is only a very subtle dairy flavour to be found. Instead of ricotta, expect notes of “vanilla cream, warm oak, and spice”. It currently retails at $54.95 for a 750ml bottle.

Whey (or a whey-like product) has been used to make alcoholic drinks before. In 2017, researchers in Singapore used leftovers from making tofu to create a sake-like beverage. As Wheyward Spirit attracts more media attention for their work in reducing waste, we might well expect similar products to appear beyond the 39 US states where Wheyward is sold.